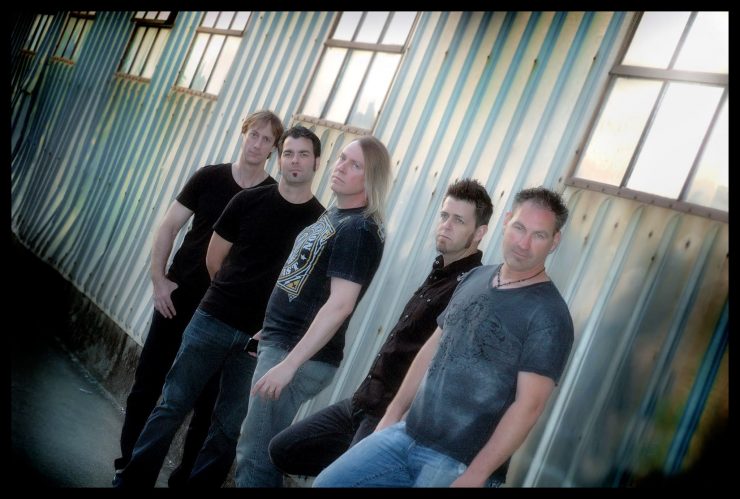 Doug Ott, guitarist and songwriter for Enchant, talks about the return of the band, the new album “The Great Divide” and how some of the new songs came together.

Doug Ott, guitarist and songwriter for Enchant, talks about the return of the band, the new album “The Great Divide” and how some of the new songs came together.

Here is an excerpt.  For the full audio interview click the link below or download the podcast from iTunes.

What brought on the long hiatus following the last album?

Well, we never had any plans to stop.  we came back off a tour in 2005 which was the tenth anniversary of Inside Out Music and it was us, Spock’s Beard and California Guitar Trio.  We had a great tour, came back from Europe, took a little time off an then we got together to start working on stuff and then all this stuff started happening…It was one thing after another, seemingly pushing us away from what we wanted to do.  So we’d get together go for a month or two and something would happen and we would stop for a month or two.  Then Ted moved 3 hours north of us and that was another thing.  Life just got in the way.  It wasn’t until 2011 that I just said, I’m tired of this.  I really want to do some stuff.  We got together for Ted’s 40th birthday party and we played 5 or 6 Enchant songs at the party and we all looked at each other and said “What the hell are we doing?”  When the 5 of us are together it’s something really special and that really kickstarted us getting back and working on stuff again.

When you started playing again how easy was it to get back in the groove and pick up where it left off?

One of the memorable parts on the album is the lead part in the opening of the song The Great Divide.  Was that part an important point for you during the songwriting process?

It’s funny because that song is the oldest Enchant song that exists and what I mean by that is I wrote the beginning riff of that song when I was 17 years old in my bedroom after listening to Yes Drama.  I had only been playing guitar 2 years and I was figuring out the different things about the instrument and one of the things I figured out listening to Drama was that Steve Howe played a lot of chords up high on the neck that didn’t have the bass notes in it and it freed up a lot of room for the bass and keyboards.  And I thought that’s really neat.  I was self taught.  No one ever said to me you could play part of the chord.  So I came up with that pattern and I used it as an exercise.  I brought it into Enchant around 1990 and nobody liked it.  So I shelved it.  Nobody could get it and then one day I was playing, around 2012, and Sean and Ed had come into the studio and I was playing it and they both said “What is that?  That’s cool”…it took literally to almost the week before we recorded before it was finished.  And that melody I wrote 2 weeks before we finished the song.  That’s one of the reasons we named the album after it.  It’s kind of the tour de force song on the album for me.