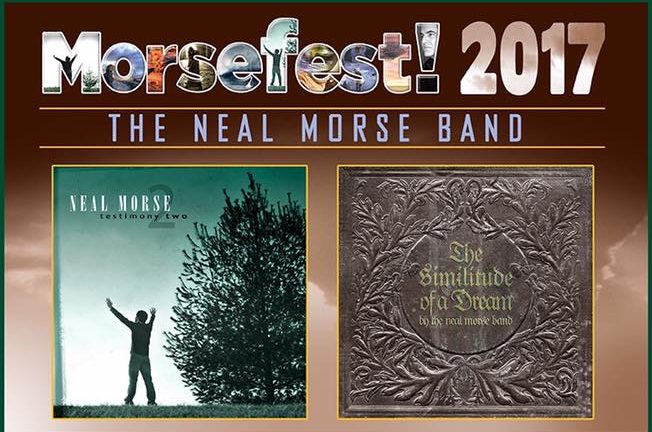 Neal Morse Band never take any time off it seems.  With the North America tour for The Similitude of a Dream now behind them, a European tour coming, and now the recent announcement of the release of Morsefest 2015 DVD/Blu-Ray, the group have just announced the details for Morsefest 2017, the 4th such event in recent years.

The band will perform the entire Testimony 2 album on Friday, Sept 1st and for the final time, the complete new album, The Similitude of a Dream on Saturday, Sept 2nd.  In addition to the albums, there will be a number of surprise encores and performances, as is usually the case.

Tickets and VIP packages are currently on-sale at: http://www.radiantrecords.com/products/676-morsefest-2017.aspx 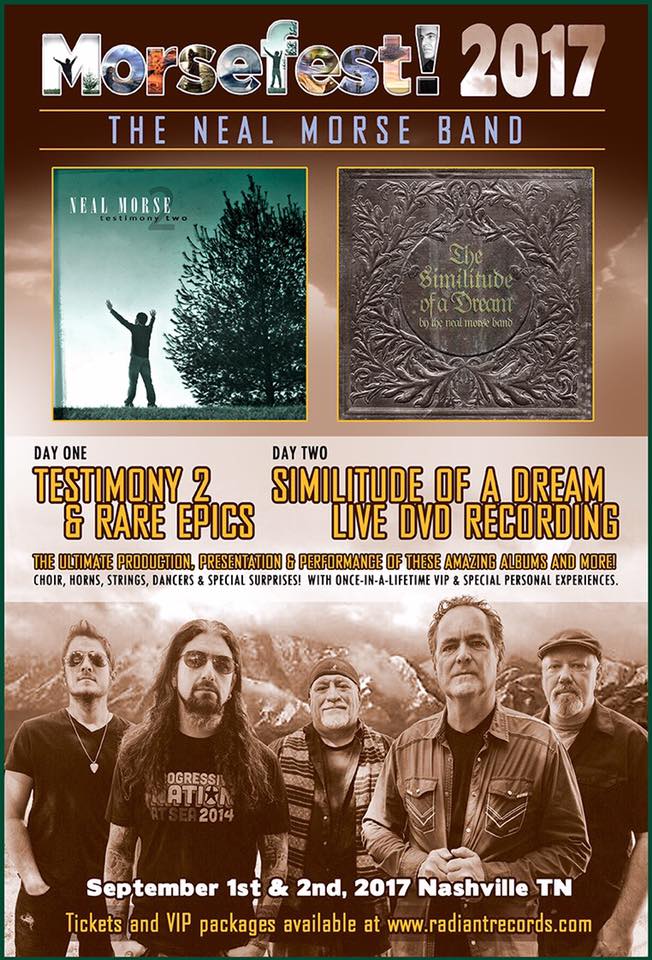