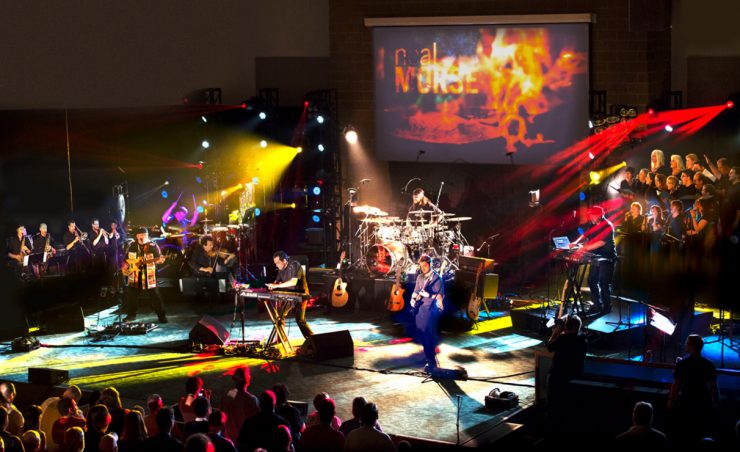 The Neal Morse Band have recently announced the release of the once-in-a-lifetime concert event, Morsefest 2015. The live set, due out on March 24 via Radiant Records via Metal Blade Records/SONY, captures the band at their live best for a 5 hour extravaganza with complete performances of the ‘Sola Scriptura’ and ‘?’ albums, as well as songs from Spock’s Beard (featuring guest Nick D’Virgilio), Transatlantic, and surprises—including performances with guitar legend Phil Keaggy.  Now you can see the first live clip from the first night for “In The Fire”. This extended live version finds the band as explosive as ever.

Morsefest 2015 is the most massive live release of Morse’s career. In addition to both concerts, a one-hour documentary puts audiences behind the scenes for this epic event. Featuring candid moments from Neal Morse, Mike Portnoy, Bill Hubauer, Eric Gillette, Randy George, other musicians, and crew—it’s an engaging glimpse into the whirlwind staging of this event.

Sonically, outstanding audio is delivered by veteran mix engineer by Rich Mouser, who has helmed every Neal Morse, Spock’s Beard, and Transatlantic studio album. The package is presented as either 2 Blu-ray discs, or 2 DVDs with 4 CDs. Digital downloads of the music portion will be available from Radiant Records in uncompressed audio, and on iTunes.  Pre-orders are available on Radiant’s website.

The band recently completed a long US tour in support of their album ‘The Similitude of a Dream’. The tour concluded with two epics shows on Cruise to the Edge.  The band head to Europe in March.