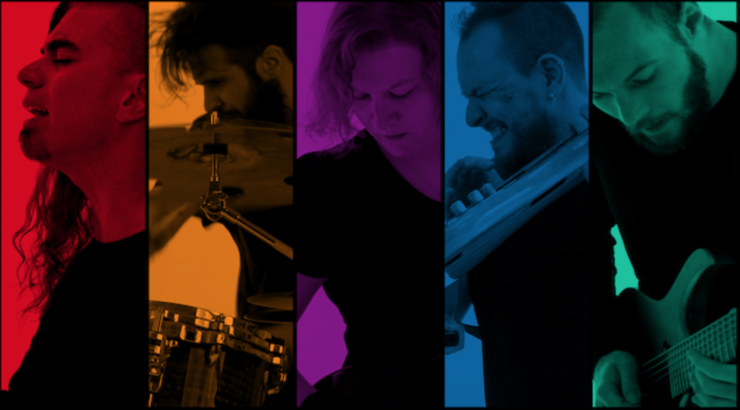 VOYAGER are back with their 6th album, entitled ‘GHOST MILE’ an amalgamation of everything the band does best- huge soundscapes, pop and prog sensibilities with catchy and thought-inducing instrumentals. The album was mixed by Matthew Templeman and mastered by Simon Strutters and maintains the production that was such a successful selling point for their album ‘V’.

Ashley Doodkorte (drummer) – says this about the band’s evolving sound on this record “The tracks on GHOST MILE embrace some of the more idiosyncratic aspects of our playing and songwriting – all of us are pushing our instrumentation to places they haven’t visited as much in the past, while still maintaining the hallmarks of our sound – and the results continually surprise and delight us! Like never before, this new album really feels like the sum of all of our influences, ideas and personalities.”

Maintaining their adamance for fan loyalty and interaction- VOYAGER have launched a Pledge Music campaign where fans can pre-order the new album, which is set for a May 12th release. Pledgers will have access to exclusive information and signed merchandise by the band. Any pledges will contribute to the completion of the production and manufacturing of the album which is set to be their best yet.

You can pledge here: http://www.pledgemusic.com/artists/voyager

The band say this about the campaign “We’re stoked to have a platform where people can not only contribute to the recording and production of the album, but can get their hands on some exclusive VOYAGER goodies! We’re also looking forward showcasing all the little videos and progress updates we have planned for this album production cycle with our Access Pass holders.”

You can check out the band’s last single ‘Misery Is Only Company’ HERE, which will appear on ‘Ghost Mile’.