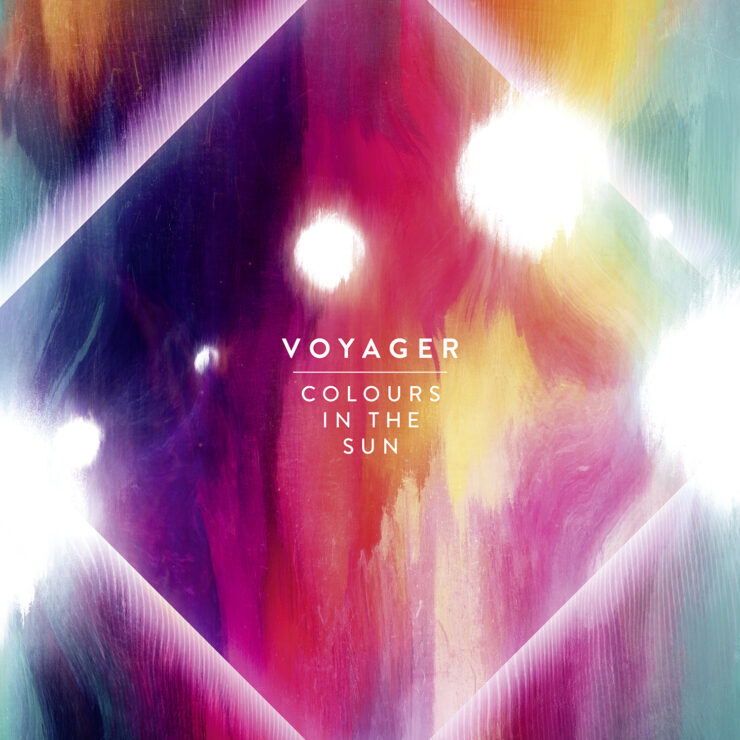 Review of the Voyager album, ‘Colours in the Sun’, released on November 1st 2019.

Voyager have been one of the consistently great groups out of the burgeoning Australian prog scene.  The group are now releasing their 7th studio album, ‘Colours in the Sun’. Frontman Danny Estrin describes the album as “… the most transcendent, layered, and effervescent album we have written and recorded. It’s poppy, but still holds weight with crunchy, powerful riffs. It’s a true reflection of Voyager – five individuals from different roots coming together and creating a unique sound under the Australian sun.” For fans of the group, their unique synth-based progressive metal style is firmly in place here with some of their most accessible collection of songs to date.

The album’s opening track “Colours” kicks off with a synth-lead arrangement before the band explodes right into the song’s chorus, an unexpected opening for sure, but it works.  Immediately, what’s noticeable is the immaculate production.  The drums and the guitars sounds huge. “Colours” is a fitting opener and good sign of what to expect. The second track “Severomance” slows down the tempo a bit during the verses, but the chorus once again picks up speed.  There is a very 80s pop vibe on this one.

“Brightstar” opens with more 80s style keyboards with vocalist Danny Estrin leading the proceedings. The combination of these nostalgic sounds and modern djent style guitars is an odd one, but one that really works and makes for really catchy material.  This songs is one of the album’s highlights.  Another standout track is “Entropy” which features Leprous vocalist Einar Solberg. His addition is a brilliant one here as he adds his insane vocal range during the chorus. Meanwhile, the band bring the heavy on “Water Over the Bridge” a song that is downtuned to a level a death metal band would be proud of.

While much of the album shares a similar formula, this is a really entertaining collection.  Voyager have found a way to make a style that is very common, sound very much their own.  Colours in the Sun is a fantastic release by one of the most underrated bands in the genre.

‘Colours in the Sun’ will be available here: https://smarturl.it/Voyagerinthesun