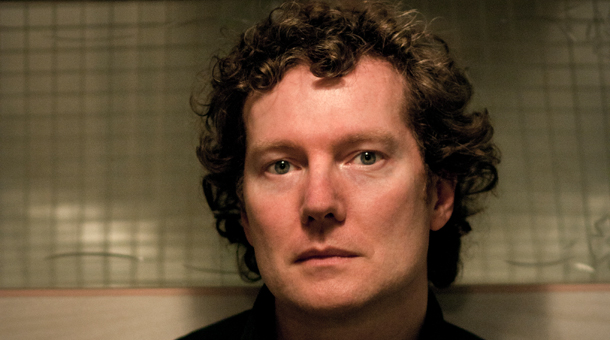 Tim Bowness talks about his latest solo album, Abandoned Dancehall Dreams, out June 23rd in Europe/July 8th in the US on Inside Out Music.

Tim Bowness talks about his latest solo album, Abandoned Dancehall Dreams, out June 23rd in Europe/July 8th in the US on Inside Out Music.

This is your first solo album since 2004’s My Hotel Year, but you’ve kept busy with a lot of other projects. What brought you to making a new solo album right now?

I originally imagined that Abandoned Dancehall Dreams would form the basis of a new No-Man album. I presented the demos of the album material to Steven, but due to his commitments, he couldn’t get involved in the way he’d have liked. In the end, he offered to mix whatever I came up with and that provided me with an ideal opportunity to make exactly the sort of album I’ve been wanting to make for a long time.  Steven was very generous with his mixing time and was very supportive when I was making the album.

My Hotel Year consisted of a series of collaborations and was a means of tying together several disparate projects, whereas Abandoned Dancehall Dreams was always conceived as a coherent album and I was involved in writing a lot of the music myself.

How did the album end up being on Inside Out for its release?

I only played the album to two labels Kscope (No-Man’s regular label) and Inside Out.   I get on well with both companies, but I felt that Inside Out had more enthusiasm for this particular album. They have a great team globally and I really appreciated their pro-active input.  Additionally, the album felt like a new beginning in some ways, so I thought going through a different label (for me) made sense.

There seems to be a theme throughout the album. Is it a concept album in a way?

The image of an abandoned dancehall was something of a starting point and I used it as a loose framing device for the songs.  All the lyrics are separate, but the one thing that can link all the characters in the songs is that somehow at sometime in their lives, the dancehall may have had some significance to them. It could have been where they escaped from daily pressures, where had an argument with a loved one, where they worked, or what they dreamed of from afar.

When I was growing up, I was always fascinated by formerly grand buildings that had fallen into states of disrepair, and in the context of the album, I’m using the dancehall as a metaphor for both personal and societal change.

What is the story behind the lead single, The Warm-Up Man Forever?

The song’s partly about having a fear of failure, and partly about a particular type of person you find on the fringes of various arts scenes.  When No-Man were first signed to big companies in the 1990s, we met quite a few sycophantic hangers on whose main interest was in their own pursuit of fame. Their talent may have been great, but when it wasn’t recognized by the wider world, a certain bitterness and resentment grew.

Musically, it’s the only track on the album where I had something of an agenda. It’s a sort of homage to the type of music that inspired me when I first started singing in bands. As such, although I hope I’ve done something fresh with it, there’s a debt to Peter Gabriel, Kate Bush and Philip Glass in there.

How long did it take to write and record the album?

27 years! Beaten By Love is a song that I wrote in 1987 when No-Man first started. It’s been evolving ever since and finally found a place on an official album.  The rest of the material was mostly written and prepared over the last couple of years, with the main recording and mixing period being between the Summer of 2013 and the Spring of 2014.  I had a strong idea about how I wanted it to sound from the beginning.

Are you always writing in your spare time? What is your writing process? Do you sit by a piano, guitar, etc?

I write a fair amount, but not nearly as much as I’d like to. Family life and my Burning Shed work gets in the way. The plus sides of this are that when I immerse myself in music it’s a necessary release and that doing other things enables me to have a slightly more balanced perspective about what I’m creating.

As for writing, I use any method that works basically, so on the new album I Fought Against The South was something I wrote on electric guitar, Smiler At 52 was something I composed using manipulated samples, The Warm-Up Man Forever emerged out a of a drum pattern and keyboard chord sequence I had etc.

Since you work with so many different people, how do you know what song is right for which project?

In some ways it’s the nature of arrangements that really determines where the pieces go and who I’m working with at the time.  With No-Man and this solo album, I think there’s a greater combination of the epic with the intimate. There’s a more expansive musical palette.  I love making delicate music, but I also love being able to experiment with texture and extremes of beauty and noise. No-Man and Henry Fool allow me to do that more than other projects I’m involved with.

Your collaboration with Steven Wilson has gone back now a long time. How often do you guys communicate and what are any plans for you guys working together again in the future?

We’re in regular contact. The possibility of a new No-Man album is also frequently discussed, so I think we will work on a major project together at some point in the future. Before the world ends hopefully!

You and SW are part of a segment of Prog that has found quite a bit of success without being overly technical, but rather very dramatic and emotional. How do you see your music as being part of the Prog genre?

That’s difficult to say. With very, very few exceptions, when I start writing either on my own or with a collaborator, I don’t think about what I’m doing. I just start off making music based on an idea, an atmosphere or an emotion. There’s no consideration about genre.  The big exception to this rule is Henry Fool. The band exists partly as a new way of investigating 1960s and 1970s Progressive Rock and Jazz Rock influences that Stephen Bennett and I grew up admiring. Even then, there’s no attempt to replicate specific bands or albums. The idea is to create the same atmosphere of spontaneity and accident that led to the bands creating the genres in the first place. We don’t go in intending to produce typical genre music.

I’ve liked Prog since I was a young teenager and there are several Prog artists that I’d still count in my all-time favourites lists. I always loved the ambition and boldness of the music and I’m sure some Prog influences come out in my music. However, I’ve always had very eclectic tastes, so my collection is full of singer-songwriters, Ambient, Jazz, Contemporary Classical, Post-Punk and lots more.

Stylistically, most of my music is perhaps closer to the likes of Talk Talk, Sigur Ros, Pink Floyd and Brian Eno than it is to PFM, but I don’t mind being considered as part of the contemporary Prog scene. Prog was about encompassing and distinctively synthesizing ideas from a wide variety of sources and creating something in the hope that it had some lasting value and I admire that.

What bands are you listening to these days?

I’ve liked a lot of music released over the last few years. The singer-songwriters Mark Kozelek and Mark Eitzel are still producing great work. Kate Bush’s last album 50 Words For Snow is a magnificent achievement and immediately became an all-time favorite. Elsewhere, the Indie bands War On Drugs and Warpaint have produced interesting work and UK Prog band IQ are good as they ever were (if not better). There’s a US band called The Knells who are making some excellent music that effortlessly fuses several genres in a genuinely progressive way. The band has a very minimal contemporary sound, but tackle some very complex compositions. Beyond knowing that the guitarist comes from a Classical background, I have no idea of their influences. To me, it sounds somewhere between King Crimson, Henry Cow, Tortoise, Steve Reich’s choral music and the soundtrack to David Cronenberg’s Crash, but it definitely has its own unique identity.