Tim Bowness and the return of no-man 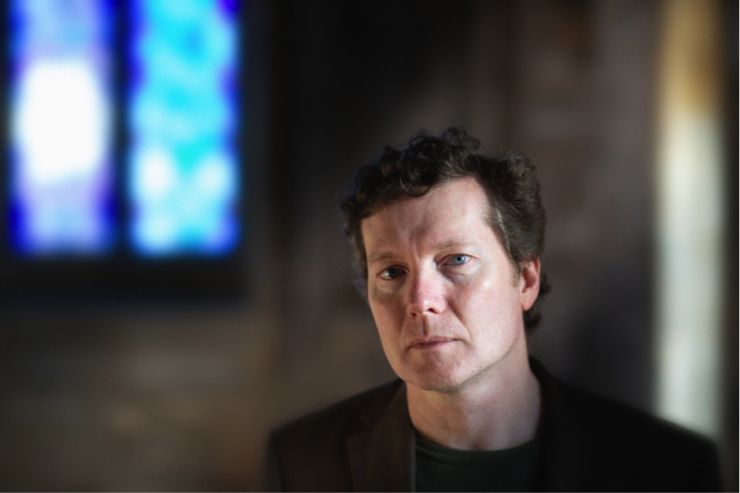 Tim Bowness and Steven Wilson have reuinted as no-man to release a brand new album titled Love You To Bits. The album is out today, Nov. 22nd. We caught up with Tim and here’s what he had to say about the new album. Read our review of Love You To Bits here.
It’s been more than 30 years since you formed and more than 10 since last album, what promoted the renewed collaboration?
While Steven and I were co-producing my last album Flowers At The Scene, the subject of our legendary unfinished Disco Epic “Love You To Bits” came up once again. For whatever reason, we were simultaneously both gravitating towards more dynamic and electronic music on our more recent solo albums and we both found ourselves in the right headspace to finally complete “Love You To Bits” in the way that the music needed to be realized.
What do you think Steven and yourself bring to No-Man today that perhaps has changed since Schoolyard Ghosts in 2008?
Our personal lives have changed immeasurably since Schoolyard Ghosts came out and I think we’ve both become more assured musically. I don’t think we could have made this album quite as well in 1996 or 2008 or 2013 when we’d also considered dedicating ourselves to it. I’d like to think that we’ve been more comfortably accessing more diverse aspects of our musical personalities of late.

What was the writing process for the album. It has quite an unusual structure 2 x 18 minute tracks mostly unbroken. Was it a consciousdecision to use that format?

It’s a structure that dictated itself to some extent. And, luckily, once finished it was an ideal fit for a vinyl release.
The process of writing the album was very much a return to our earliest way of working. When we started and up to Wild Opera, a lot of no-man’s music was written with the two of us in the studio together. Occasionally, I’d bring in something complete or Steven would send me a backing track to work from, but mostly (especially on the likes of Speak and Wild Opera), it was just the two of us in the studio working in quite a hands-on way.
From Wild Opera onwards, we mostly worked remotely. I’d bring in songs that Steven would alter and he’d send me backing tracks that I’d write melodies and words to. Once we had a set of songs, we’d discuss production and guest performers. In all cases, the music was no-man-ized, but we only tended to meet up at the end of the process.
With “Love You To Bits”, we wrote and recorded it together. There was a lot of sharing of ideas in real time and following where the music took us. It was an enjoyable approach and I think the energy and spontaneity of that approach is apparent in the final release. For something that’s highly structured, there are a lot of off the cuff ideas on the album.
From being a band whose music was quite lush and ambient, there are moments where it goes electronica/ disco and at other times atonal, where did this influence come from?
When we started, we flirted with everything from Ambient, Art Pop, ballads, Classical, and Progressive ideas, as expected, to elements of New Wave, Metal, Dance/Electronica etc. As such, these influences have always been part of the no-man make-up. Our first two official albums had elements of Electronic Pop and Dance and in some ways Love You To Bits would have been a more logical successor to Flowermouth than Wild Opera was.
I’d also say that even during our most lush periods, there’d always be pieces such as Pigeon Drummer which would disturb the peace. Conversely, although Love You To Bits is mostly dramatic and dynamic, there are many moments of blissful release on the album.
It’s an album of contrasts – light/dark, beat-laden/atmospheric etc – but perhaps the greatest contrast is that it contains the most direct and simple no-man music, while at the same time being the most complex and sophisticated album as a whole.

To what extent do you map out what each part needs or how much is improvisation followed by assembling?

It’s probably 70/30 structure/spontaneity. Even when the structure had been agreed, new parts could emerge out of nowhere (the brass band section on Bits, for example). Generally speaking, a strong idea for a section would be suggested and while being realized it would in itself suggest other possibilities.

What else are you working on as far as your solo work that we can look forward to?

I’ve written about six songs with a new solo album in mind. It has the working title of Late Night Laments and it operates in a more restrictive, atmospheric territory. The songs are all slow, sad, and unusually (for me) political / global in their outlook.
It won’t be an obvious successor to either Love You To Bits or Flowers At The Scene and, ultimately, I think that’s a good thing.
Musically speaking, I like finding myself in unexpected places.

Get Love You To Bits here: https://no-man.lnk.to/LoveYouToBitsSo