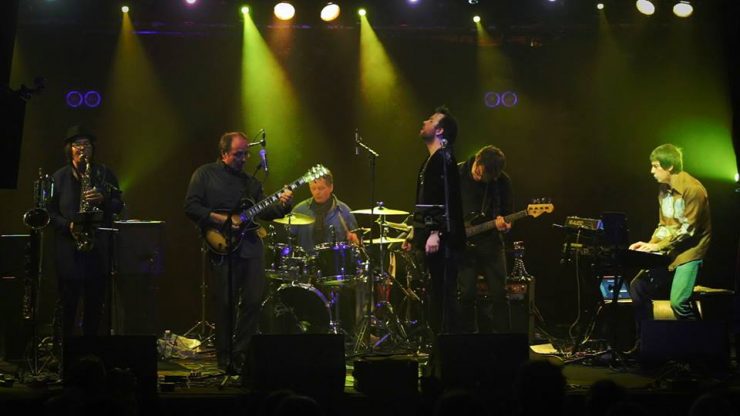 Catch Three Friends performing the music of Gentle Giant on the Cruise to the Edge.

Three Friends are a group made up of former members of the influential Prog group Gentle Giant.  The name of the group stems from the third Gentle Giant album, Three Friends.  The group formed in 2009 when Prog keyboard legend Kerry Minnear joined fellow former Gentle Giant members, drummer Malcolm Mortimore and guitarist Gary Green to play a series of gigs in Europe and Canada.  Minnear is no longer with the group and has been replaced by musician and composer Neil Angilley.  The rest of the lineup is completed by bassist Jonathan Noyce (Jethro Tull), multi-instrumentalist Charlotte Glasson, and vocalist Mick Wilson (10CC).  The group bring the music of Gentle Giant, performing many of the band’s classics as well songs never before played live.