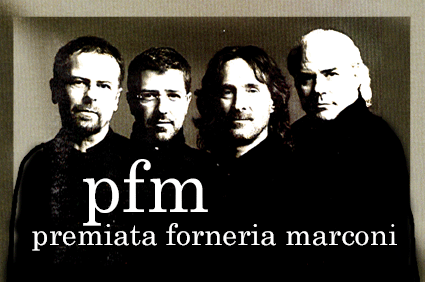 Italian Progressive rock group PFM to perform on Cruise to the Edge.

Italian progressive rock band PFM were the first Italian group to have success abroad, entering both the British and American charts. The group released 5 albums between 1973 and 1977 in English.  The group is credited as one of the first groups to combine symphonic classical and traditional Italian musical influences in a Rock music context.

PFM released their first album, Storia di un minuto, in 1972. Their second LP, Per un amico opened the way to broader audience recognition all across Europe and brought the group to the attention of Greg Lake of Emerson, Lake & Palmer, who arranged for PFM to be signed to their own label, Manticore Records. The first album on Manticore, Photos of Ghosts was released all across Europe, Japan, the USA and Canada becoming one of the first recordings by a European rock group to have chart success in the USA, peaking at #180 on the Billboard 200 albums chart in November 1973.

Though PFM stopped performing in 1987 they never officially broke up. In 1997 Flavio Premoli reunited with other core members (DiCioccio, Djivas, Mussida) and released the comeback album Ulisse.