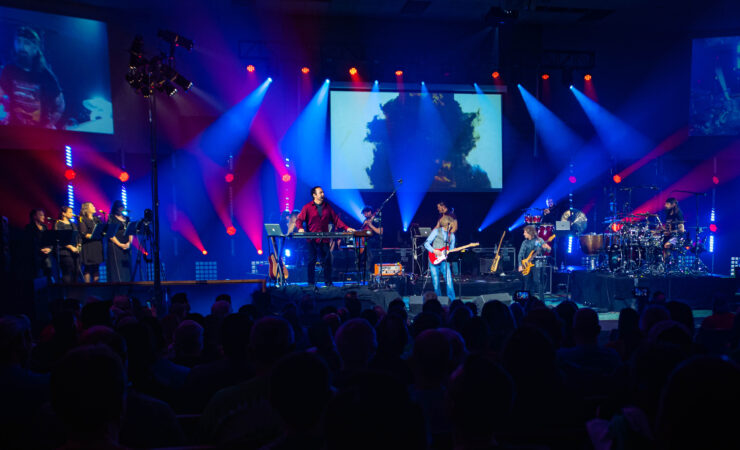 On April 29-30, the prog faithful descended on Cross Plains, Tennessee for the 2022 edition of Morsefest, the ninth in the annual series. All Morsefest weekends are unique, and this was special for a few reasons. First, it is the long-awaited debut of supergroup Transatlantic at Morsefest, playing their epic albums The Whirlwind (a classic) and The Absolute Universe (a classic-to-be). Second, this is the first post-COVID-19 Morsefest with international travel back in place, allowing many old friends to return. Third, this appears to be the last Morsefest in the series, at least in this format. 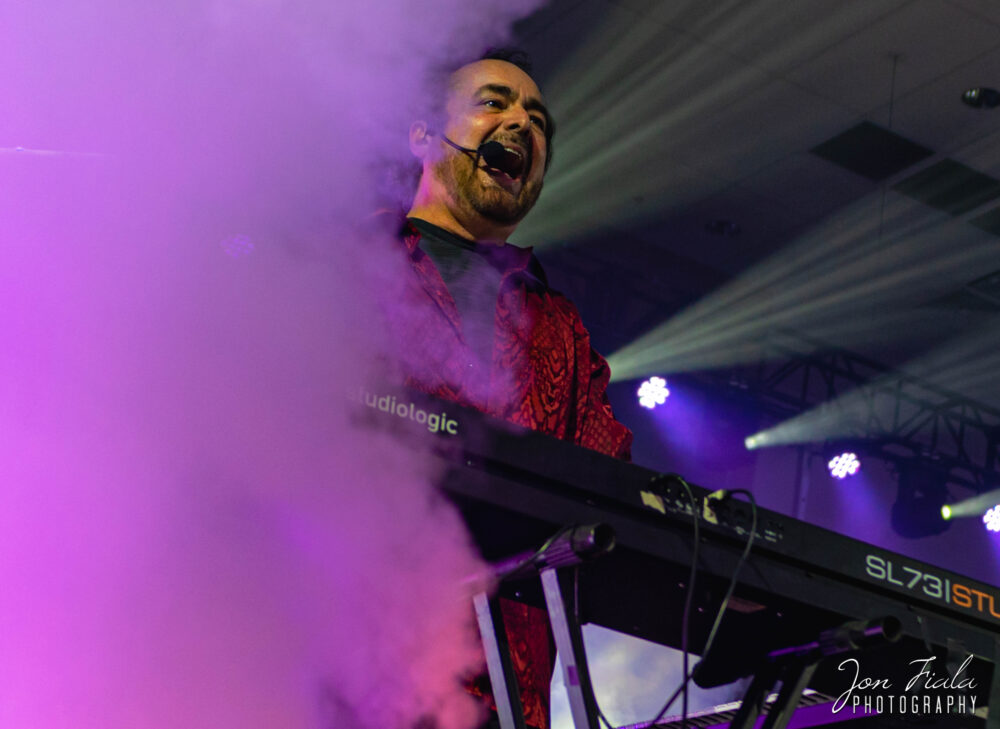 For those unfamiliar with Morsefest, it is a two-day festival held at the New Life Fellowship church in Cross Plains, Tennessee, just north of Nashville. The festival features Neal’s various bands and music, and it is something entirely different every year. The main events of the weekend are the Friday and Saturday night shows, which are elaborate productions with additional instrumentation augmenting band sounds with strings, choir, horns, and additional percussion, beautiful lighting and accompanying video.The sets are always special, with one-off performances and the deepest of deep cuts. There are also optional VIP events where VIP fans can ask questions and play games with the band, dinner served on site, a Sunday church service, and a special Saturday morning concert just for members of Neal’s Inner Circle fan club. As important than the actual shows is the community that has grown up around the event. Many fans have made lasting friendships over the years, and Morsefest is always a joyful reunion. 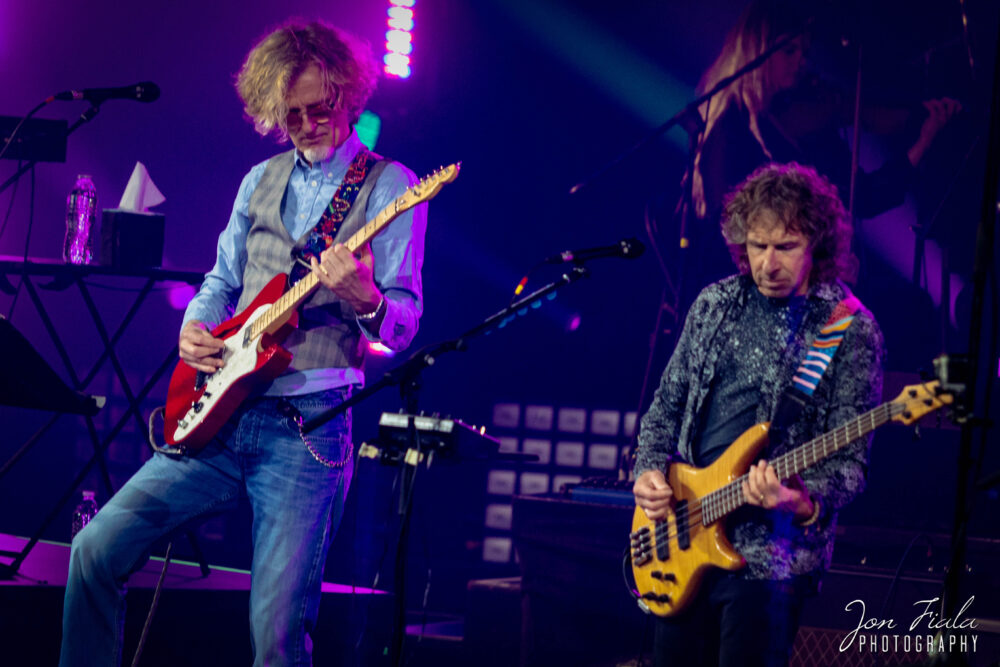 Since the festival’s inception, fans have wished for Transatlantic to perform at Morsefest, and this was finally the year. The supergroup, comprising Neal Morse (keyboards, acoustic guitar, vocals), Mike Portnoy (drums, vocals), Roine Stolt (guitar, vocals), and Pete Trewavas (bass, vocals), along with Ted Leonard lending his talents to the live show as a utility player and singer, specializes in epic progressive rock with classic instrumentation. They have released five albums since forming in 1999, and Transatlantic’s albums are desert island discs for many prog fans. Over the years, the band has been somewhat elusive, only able to record and tour sporadically due to the busy schedules of the members other bands. A Transatlantic tour is a rare treat, and the Morsefest treatment even more so. 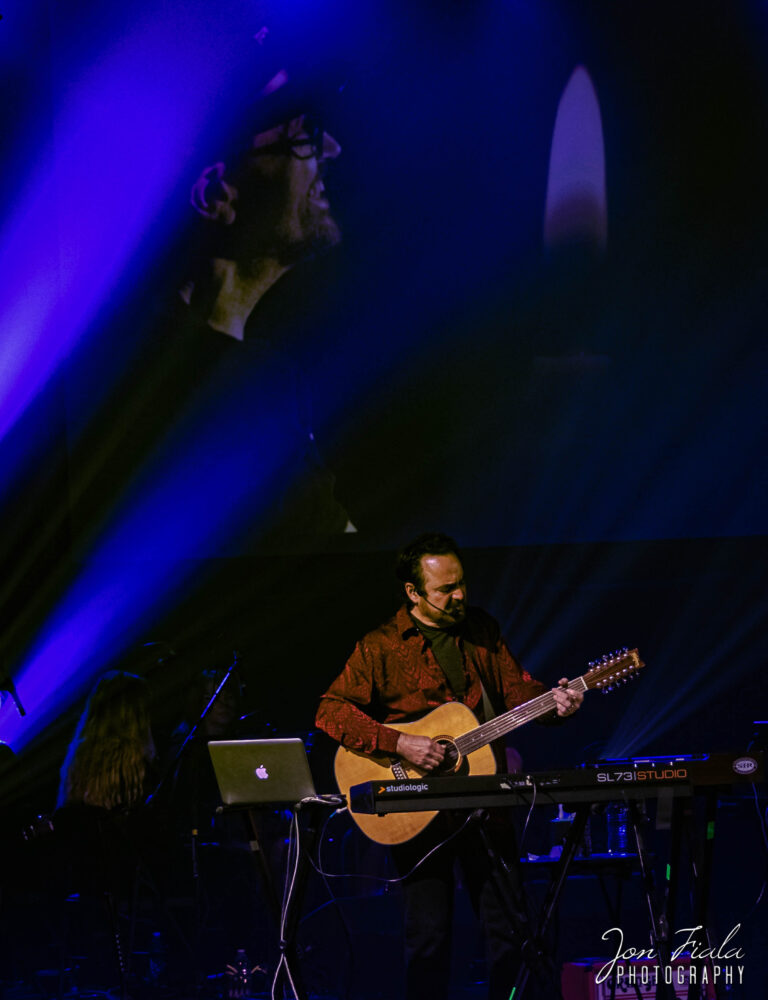 Friday night’s show kicked off with Into the Blue, followed by Transatlantic’s cover Procol Harum’s In Held (Twas) In I, a song Transatlantic has never played live until now. After this point, the show took on a somber tone. Longtime prog fan and Morsefest alum Paul Hanlon, who had planned to fly from his home Great Britain to attend this Morsefest, sadly passed away a few days before the show. Paul was a huge part of the prog community and inspired Neal to write the song Shine. Neal spoke about Paul, and the band played Shine in his memory. When Paul’s image was displayed on screen during the song, there was not a dry eye in the house. Shine was even more poignant in this context, perfectly capturing the intertwined joy of experiencing Morsefest and remembering his role in past events while mourning his passing. 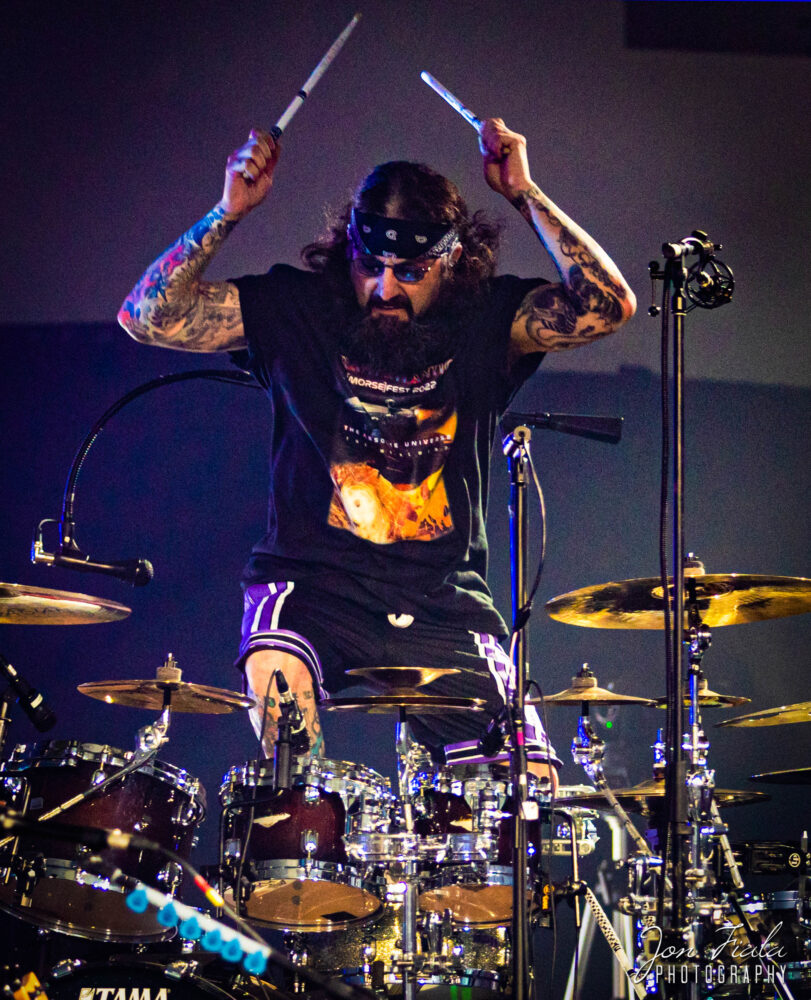 Following Shine, Roine and Neal played a guitar improvisation that led into the band performing We All Need Some Light. The band and audience really came into resonance at this point in the show, and the feeling carried through the end of the set. The band only played one more song, but it was their classic 80-minute opus, The Whirlwind! The performance was fantastic with all members having their moments to shine, especially Ted who took to the front of the stage for a brilliant vocal on Lay Down Your Life. The audience was in lock step with the band through the whole performance, hitting all the cues like the big “Woo!” and “Rock the house!” If that was the end of the weekend, it would have been enough. But wait, there’s more… 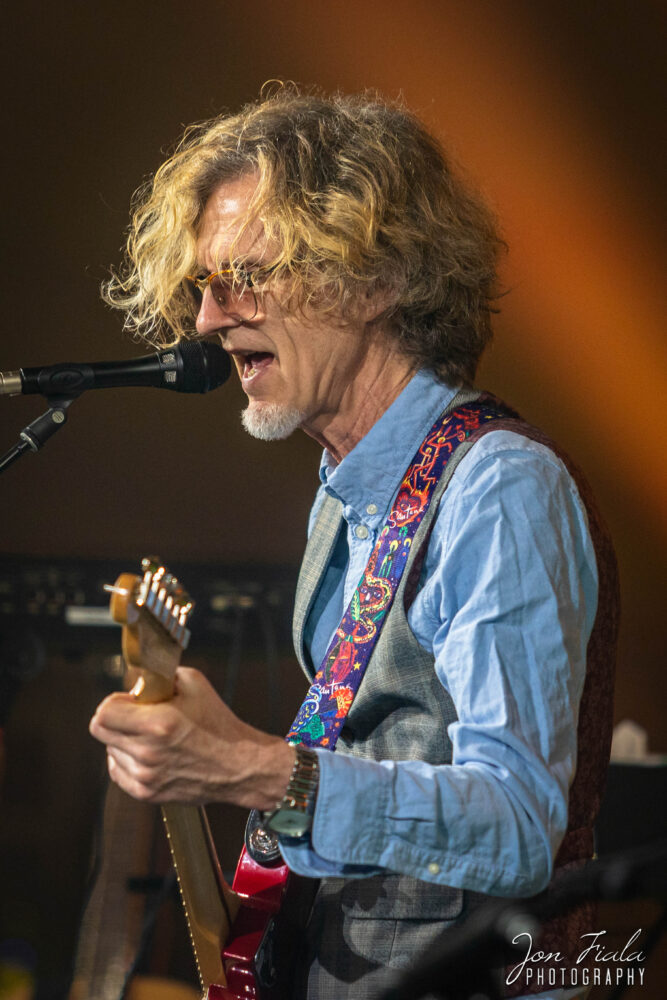 Saturday began with a special concert for members of Neal’s Inner Circle, which was quite well attended. This year, Neal premiered songs from his God’s Smuggler project, bookending the songs between great renditions of Love Has Called My Name and Jailbreak. Neal explained to the audience that he is still not quite sure what form the project will eventually take – that it started off like a musical but is becoming something episodic with quite a few songs written. For the show, Neal assembled a band with Gabe Klein (drums), Gideon Klein (bass), Sam Hunter (guitar), and four vocalists – Matt Smith from Theocracy, Wil Morse, Julie Harrison, and April Zachary. The band was well-rehearsed and played and sang wonderfully. Neal’s fans are accustomed to hearing many sides to his work, not just prog. The God’s Smuggler songs were in a musical theater direction. It was a nice change of pace from the main shows. 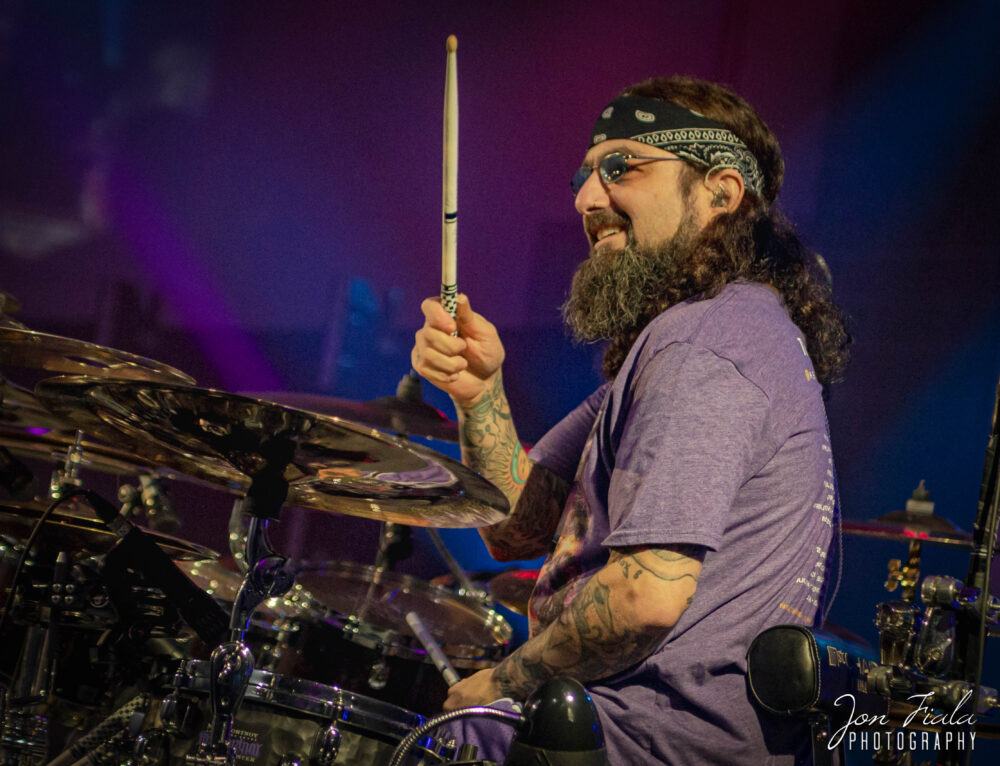 Saturday night, the Transatlantic airship set off once again, beginning with a performance of the 2021 album The Absolute Universe. The album is unique in that it was released in multiple versions, the abridged The Breath Of Life and the extended Forevermore. The two editions are quite different, with different arrangements, lyrics, and even whole songs. The band also released an Ultimate Edition Blu-ray that brings together elements from both versions of the album into an even longer expression of the material. The Ultimate Edition is the version of the album that the band is touring, and they did not disappoint. The band was well-rehearsed, and the light and video show greatly added to the spectacle. 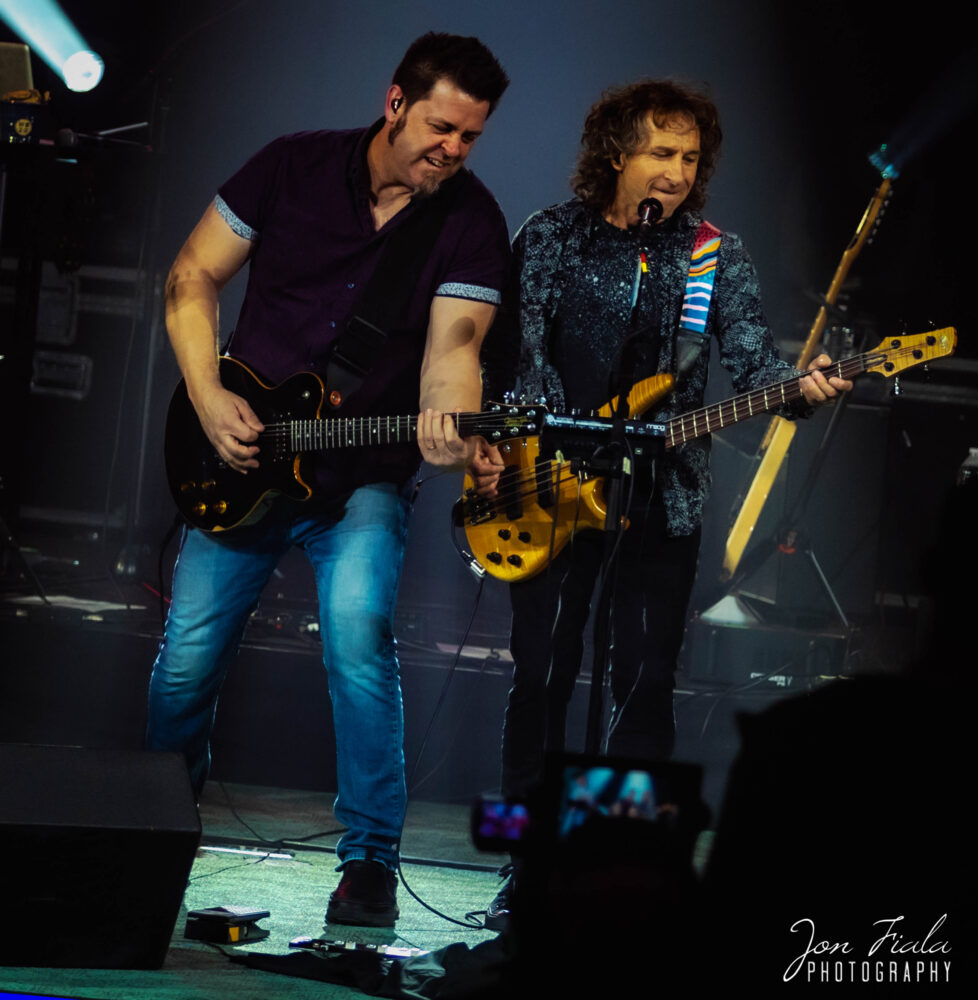 For the encore, the band started low-key with a version of the song Bridge Across Forever featuring the string section. They followed up with an extended medley featuring parts of many classics, including Duel With The Devil, All Of The Above, and Stranger In Your Soul. With so many epics, creating a setlist must be a terrible challenge for the band, but the medley covered a lot of ground, honored the original songs quite well, and gave all fans something special.

So another Morsefest is in the books, and it was another triumph. The Transatlantic weekend hit all the high notes. However, the weekend ended on a bittersweet note, because this very well may be the last Morsefest, at least in its current form. 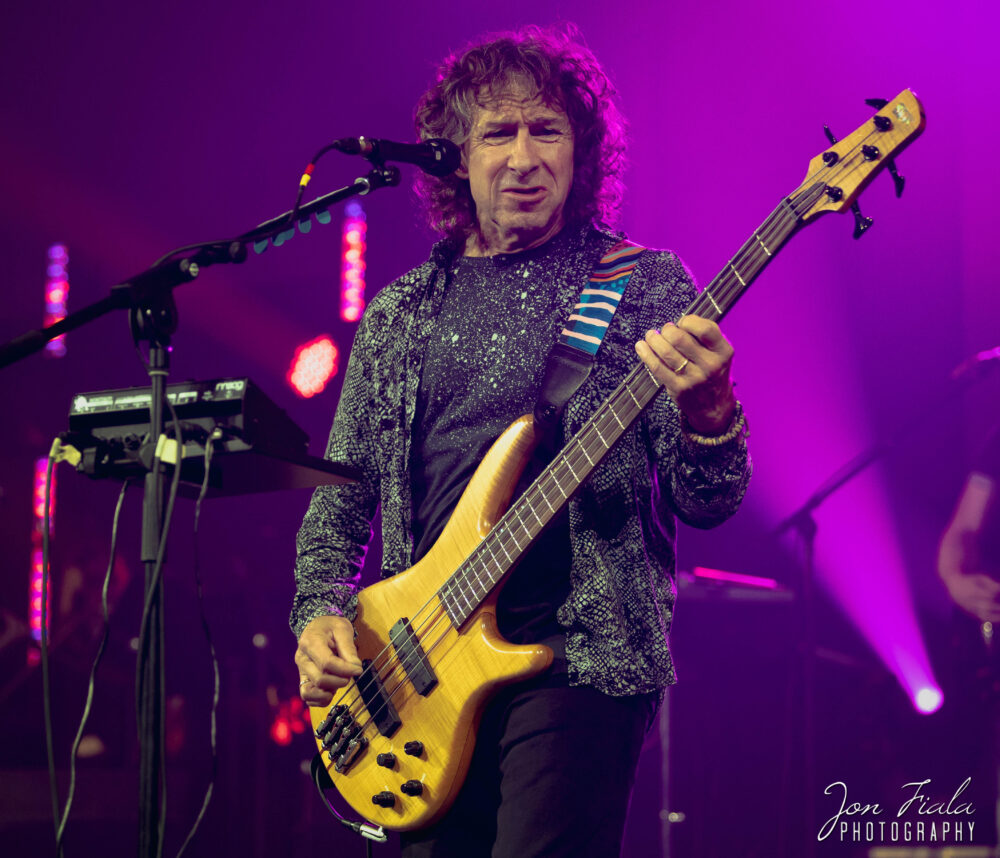 New Life Fellowship, the church that hosts Morsefest, has been sold. The Pippen family and many other members of the congregation make up the team that puts on the event, and it is a crucial part of the community fee of the event. It isn’t clear how to carry that forward, so for now, this is the last Morsefest, at least as we know it.

The fans who gathered this weekend savored the moment and knew that it couldn’t be taken for granted. When Saturday came to a close, saying goodbye to old friends from around the world felt different this year. The community will continue. Hopefully we shall all gather to celebrate this music together again soon. In faith, all things are possible. 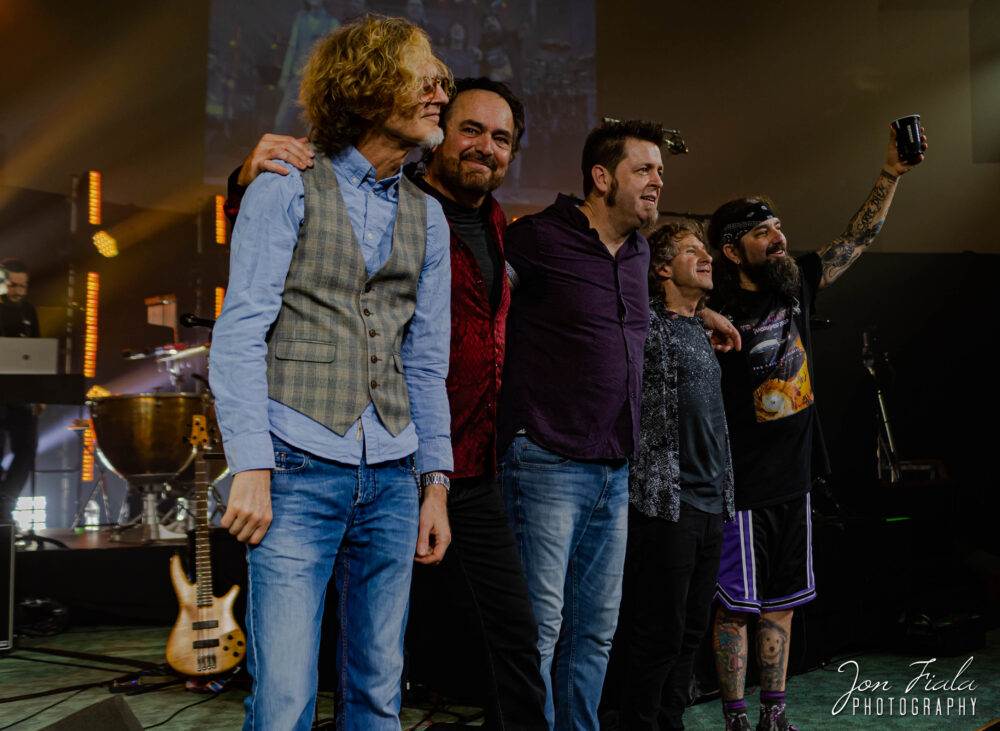