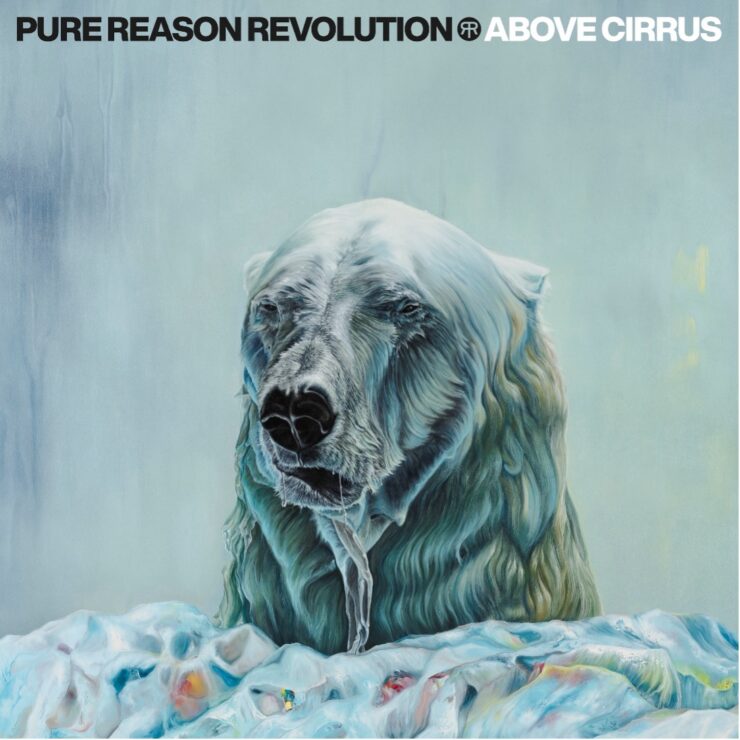 Review of the new Pure Reason Revolution album ‘Above Cirrus’

British trio Pure Reason Revolution returned after a 10 year absence with 2020’s Eupnea. Fans didn’t have to wait nearly that long for a follow-up, as they have now returned in a post-pandemic world with “Cirrus”. This time, original member Greg Jong has returned to the band on guitars. This 7 track album with a lush mix of straight up rock and electronic elements find the band “adapting to a world that is radically changing before their eyes”.

The album opens up with a cryptic spoken word voice passage (something repeated several times during the album, although there is no strict conceptual storyline through the album) before opening up with a driving beat. The album then moves through the swagger of “New Kind of Evil” driven by Jon Courtney’s driving vocals. “Phantoms” is a more fast paced song driven by an arpeggiated synth pattern that then climaxes with a heavy guitar beating.

“Cruel Deliverance” slows things down quite a bit (tempo-wise, not in terms of quality with a lovely harmony between Courtney and vocals/keyboardist Chloe Alper throughout the song, seemingly about antagonistic moments between people in a relationship. The schizophrenic “Scream Sideways” begins with a haunting a cappella duet between vocalists before switching to a driving rock piece, before slipping into funky mid piece (think the middle portion of Pink Floyd’s “Echoes”). Lead single “Dead Butterfly” is certainly a standout track, with a lovely piano and vocal intro before an astoundingly catchy chorus. “Lucid” finished off the 45 minute album on a high note with another standout aggressive track.

As someone who is unfamiliar with the band’s previous works, I was extremely pleased with this album. What I found fantastic about this band (and this album in particularly) is the balance and interplay between all elements. Oftentimes when there are multiple vocalists (especially male and female), it becomes a simple back and forth between the two. PRR deftly merges the vocals of both members into what often feels a single instrument. Similarly, the electronic and guitar parts are expertly woven together such that the transition between them is indistinguishable.

When coming up with the album title, lead singer Jon Courtney discussed Cirrus clouds being the highest clouds out there, and wondering what was beyond them. Certainly, PRR has tried to push beyond the clouds with this release, and succeeds with a lushly produced album filled with stunning vocal harmonies and multi-layered instrumentation. More importantly, this is an “all killer no filler” release, with all ~45 mins of this album being a must listen to from start to finish. Highly recommend.