That Joe Payne – By Name. By Nature. (Album Review) 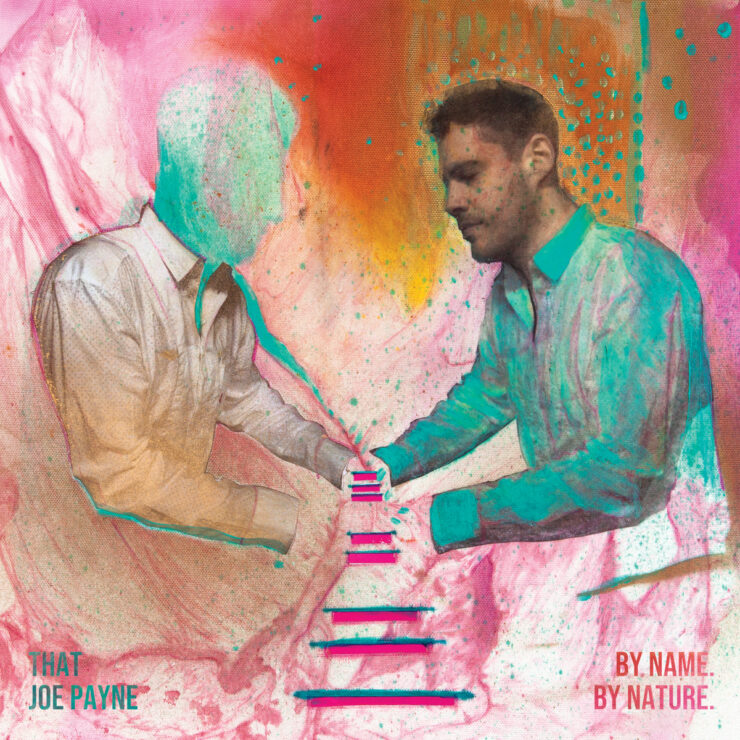 Singer Joe Payne, known as That Joe Payne, is familiar to many prog fans as former lead vocalist of long-time British prog group The Enid.  Payne parted ways with the band, led by keyboardist Robert John Godfrey, in 2016 after recording 4 albums with the group.  The singer stormed onto the prog scene by contributing his outstanding vocal range and singing style into a band that had been an instrumental group, beginning with the album ‘Inivicta’.  Songs like “One and the Many” and “Who Created Me?” showcased his ability to hit both operatic notes, as well as inhabit a character to tell a story. Now, with his first solo album, Payne builds on those talents and further showcases his knack for songwriting. Fans of his work with The Enid will find much to appreciate here, but also will find the singer challenging his fanbase with some different song styles and genres mixed in.  The end result is a highly engaging and entertaining listen from one of prog’s most captivating voices.

The album opens with the atmospheric intro track “The Thing About Me” borrowing an Enid-style approach to an album opener.  However, this abruptly shifts into the album’s title track and single, which combines electronic and symphonic elements and almost evolves into an upbeat dance track.  The tongue-in-cheek lyrics “That Joe Payne, is gonna ruin your life” adds a bit of humor into the track and displays a bit more personality into the music than you might see in a track from The Enid.

The highlights on the album however, are the softer ballad numbers.  This is where Payne sounds most at home and his voice shines. “What is the World Coming To” is a bombastic number that seems like a perfect track for these crazy and uncertain times.  The chorus is memorable and you might find it difficult to get out of your head.  Another more somber, yet just as beautiful ballad is “The End of the Tunnel”, which is a song of hope with a brilliant melody.

By Name.By Nature. is not necessarily a prog album, still there are enough surprises and different styles to appeal to his prog fan base. That Joe Payne will not “ruin your life” with this album. Rather, this album is a collection of really great songs sung by an outstanding singer and one that offers a welcome change into the vast prog landscape.

Released on August 7th
Key Tracks: By Name. By Nature, What is the World Coming To, End of the Tunnel