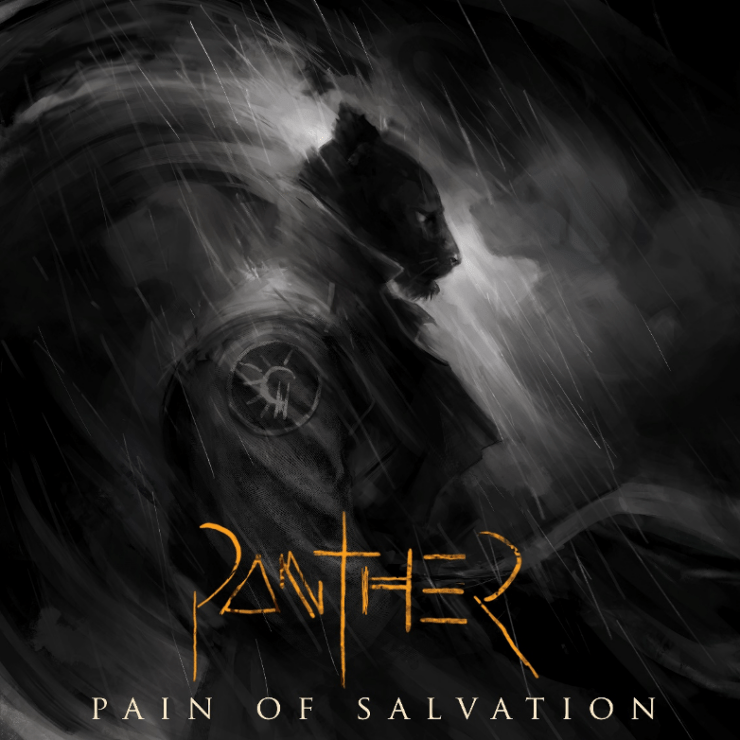 Review of the new Pain of Salvation album – PANTHER due out August 28th, 2020.

Pain of Salvation is one of the landmark progressive metal bands still in activity. Led by Daniel Gildenlöw, the band is known for their concept albums, experimental sounds and consistent quality over their catalogue. In 2017, they released ‘In the Passing Light of Day’ to critical acclaim, after a hiatus caused by health reasons that their leading man thankfully overcame. After a couple of lineup changes, the band is back with a new record titled ‘PANTHER’ to be released on August 28th 2020.

‘PANTHER’ is a concept album revolving around being different in a world around people deemed to be “normal”. There’s a range of minor themes explored within the broader concept, but overall the lyrics in ‘PANTHER’ are incredibly cohesive and paint a picture that’s very easy to relate to. Sound-wise, there’s a lot of experimentation with different sounds, effects and instruments – and that’s what we usually expect coming from PoS.

The album opens with the single ACCELERATOR, a rhythmically driven song that’s made to build up intensity over the theme. Already within this track you can start hearing some of the new sounds that are featured in the album. Static noises, bells and synthesizers all build layers behind the main motif of ACCELERATOR, and make this song a complete package to audiophiles.

Next up on the track-list is UNFUTURE, a powerful song that’s fit for headbanging in a live gig. Leo Margarit’s drums sound very organic here and, along with the sliding guitar strings, UNFUTURE sounds raw both in tone and theme. Then comes RESTLESS BOY, one of the weirdest tracks in the album – and I mean that as a good thing. In just 3 minutes, the song goes from this fun contemporary groove, to a slow dark ballad and ends with an insane odd-time heavy riffing which is almost Meshuggah-like. Even though there’s a lot going on in this song, I feel it’s one of the best representations of ‘PANTHER’.

The middle section of the album is definitely its strongest, with two songs that sound and feel a lot like classic Pain of Salvation accented by ‘PANTHER’’s signature sounds. WAIT opens with a beautiful theme on piano that carries through the ballad. This theme serves as texture to all the other instruments when they come in as well as Daniel’s excellent and emotional performance. During its middle section, the main theme is also played with a dialing phone sound because why not?

Next up is my personal favorite track in the album, KEEN TO A FAULT. A very melodic song in 7/8 time, offers aspects of PoS’ sound that haven’t been explored yet in ‘PANTHER’. Daniel’s delivery of its lyrics about anxiety and fear of the future is phenomenal, and make the chorus even more powerful in its layers while it sticks to your head. I expect this song to be very popular amongst die-hard Pain of Salvation fans.

FUR is a short instrumental track with very unorthodox string sounds that, when blended together, sound really awesome and unique. FUR serves as an intro to the title-track, PANTHER. If you are a fan of the band, you know Daniel has dabbled with rap vocals in their songs before and they’re present here too. While I love songs like “Diffidentia”, “Spitfall” and “Used”, I believe PANTHER to be a step below those tracks although there are still some great melodies within the song with some interesting industrial sounds. Although I don’t love the song on its own, I think it works really well in the context of the record and does a great job at expanding its theme.

Nearing the end of the record, SPECIES begins with some light guitar strumming along the singing melodies. The whole band later joins with some heavy riffs while maintaining an exotic harmony. Being a song about rage and revolt, there’s some light screaming vocals during the chorus that totally work.

To close out the record, ICON introduces many of the albums greatest motifs. Opening up with its melancholic main theme and then transitioning to a heavy, static string of alternating notes that’s hard to follow upon first listen. Just like they did with ACCELERATOR, this theme stays on during a big portion of the song and adds great tension to its conclusion. ICON is a long song and explores a lot of different territory. The middle section of this song is a paralyzing and touching ballad that transitions into a heavy build-up to a breathtaking guitar solo. The finale is equally great and also features the only other guitar solo in ‘PANTHER’. Its soul crushing lyrics and different tones make ICON the perfect way to close out the record.

It’s always a surprise with every album Pain of Salvation has done. They have always experienced with different sounds and styles and that’s no different with ‘PANTHER’. The production quality is phenomenal and the attention to detail is outstanding. Listening with headphones, you can really tell how much love went into the making of the album. There’s no vocal track on its own without some subtle harmony in the background. You can also notice little sound effects to accentuate one particular line or phrase in a song – this elevates every track and builds the identity of the record.

‘PANTHER’ should be considered another successful output in Pain of Salvation’s excellent discography. Just like every one of their albums, it takes a few listens to truly appreciate the vision and concept of ‘PANTHER’. I believe I’ll find myself liking the album even more in the coming months and years, and for that, I highly recommend it.