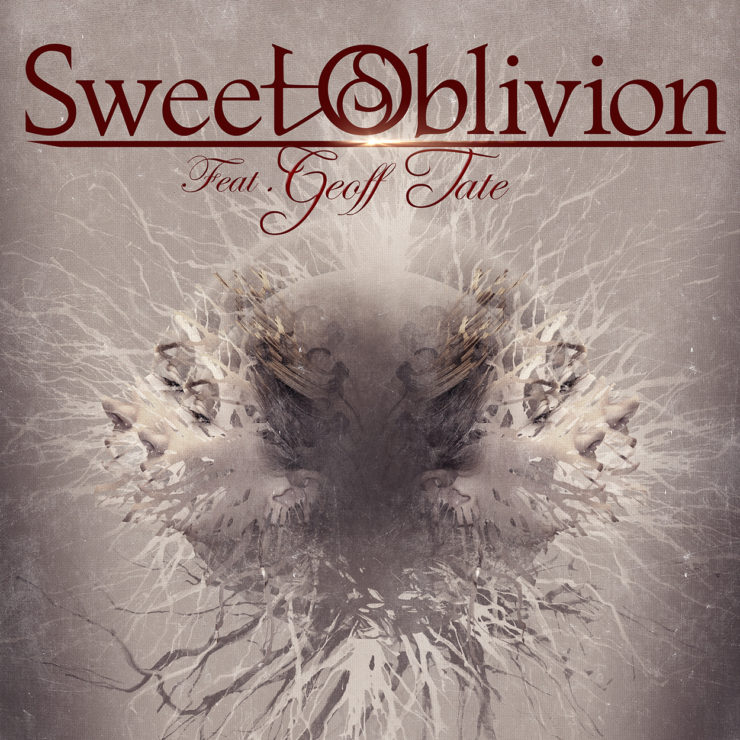 Review of the self-titled debut album from Sweet Oblivion, out on June 14th.

Whenever you consider what makes a great album, there needs to be talented musicians playing excellent music. This may be an oversimplification of what Sweet Oblivion set out to do on their debut album, but not when you look at the players involved on this pleasantly surprising album. The self-titled debut album from Sweet Oblivion is not a new band exactly, but more of a project built around the songwriting of Italian metal prog band DGM guitarist Simone Mularoni. Tasked with writing an album in the style of classic Queensrÿche for the band’s former singer Geoff Tate to sing, Mularoni turned in what could be the blueprint to that Seattle prog metal band’s beloved style and sound. But what could the return of Tate to a style of music he helped popularize in the 90s produce in 2019 – a terrific album which delivers music in a very familiar comfortable, and killer sound.

The opening track is also the bands first release in “True Colors” where you are immediately hypnotized by the opening guitar riff and attacked by the band kicking into full gear with a chord sequence made classic by the metal pioneers. By the time Tate’s vocals enter in the first verse, the listener finds the sound to strongly resemble a Queensrÿche which we have not heard the likes of the early 90’s. The verse, the chorus, the guitar solo, and the ending delivers exactly what you would expect—and prog melodic metal is alive and well. As you go to the next track “Sweet Oblivion” it becomes very obvious Mularoni has indeed delivered a sound which is a great tribute to the classic QR albums of the past. He has channeled his inner DeGarmo/Wilton creative juices and mixes in a tasteful keyboard solo from Emanuele Casali to maintain the groove.

“Hide Away” has the feel of a heavy ‘Anybody Listening’ groove along with some subdued instrumentation which Tate masterfully ties together with great vocal execution. “My Last Story” has the classic clean tone introduction then kicking into full on rock band mode. Mularoni has really arranged some great classic sounding songs which support Tate’s vocals perfectly. Even after decades of vocal mileage, his arrangements fits Tate’s style and current range flawlessly. You will find yourself head banging during the chorus as this band sounds very precise and tight. “Recess From My Fate” has a great guitar part which recalls the sounds of QR’s classic ‘Mindcrime’ along with the dueling guitars lead lines. “Transition” has a foundation from Paolo Caridi’s drums with the bass guitar will have you once again wondering if this is a new composition, or late 80’s/early 90’s QR material. This is also a great track to showcase the excellent mix and production which is clean and powerful.

“Disconnect” is the ballad with a great balance between Tate vocals and the arpeggiated guitar cords which continue to build throughout the song and tops off with a smooth and passionate guitar solo from Mularoni. “The Deceiver” gets your foot tapping with a quick rhythm with the guitars and drums and a shred master killer solo. Lastly, the closing track “Seek the Light” fits the closing role perfectly as Sweet Oblivion deliver a huge wall of sound then fading away with a keyboard string outro.

By the time you are done with the sonic journey, the long time die hards of metal will have a great satisfying feeling equivalent of your mom’s favorite home cooked meal. Does this album break any significant new ground, no. But this album delivers the simultaneous trip down memory lane along with enough new metal to be experienced and appreciated. In case I have not been obvious about this, every Queensrÿche fan should this give this album s a listen. It will have you wondering where has this been for the better part of almost three decades? And, this will leave you with a smile and a sore neck.

Released on June 14 on Frontiers Music