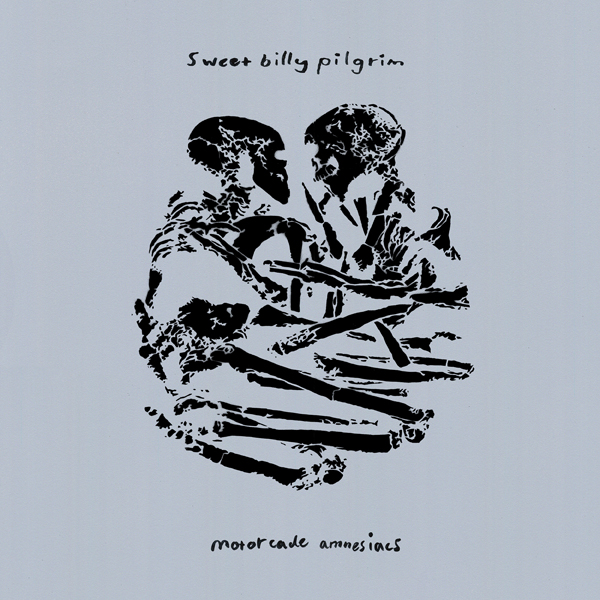 Sweet Billy Pilgrim are not your average Prog rock band, in fact, one might argue they might not even be a Prog band.  Nevertheless they are on one of the premier Prog labels, KScope, which works to their advantage, because it is hard enough define what genre their new album really is.  Motorcade Amnesiacs is part Alternative, part Folk, part Prog and part New Wave.  This mix of styles and adventurous songwriting can easily be called “Progressive”, but not “Prog” in the stylistic sense.  It’s not heavy; they don’t shred or have odd time signatures.  However, the result is original, inspired, and diverse in every way, making for one of the unique and exciting albums to listen to this year.

The English band was formed in 2003 as the brainchild of singer and lead songwriter Tim Elsenburg and bassist Anthony Bishop.  The group released 3 studio albums a couple of EPs before taking a break in 2012 with the possibility of that being the end.  The band eventually put together this album and signed with KScope earlier this year, before the album’s release.

The album opens with the rockabilly bounce of “Candle Book and Bell” but the album really gets going with the second track “FFwd to the Freeze Frame”, where Elsenburg channels his inner Phil Lynott from Thin Lizzy.  The song sounds like it could be an Amphetamine Reptile noise rock band before randomly introducing baritone saxophones and then shifting into a disco vibe at the end, which is really the best part.

Among the featured tracks is the bluesy “Slingshot Grin” which shifts between Aerosmith versus and groovy choruses highlighted by Jana Carpenter’s beautiful voice and arpeggiated guitars.  Also the ballad “Longstreth” which sounds like Queensryche if they made a folk record.  The album’s best track, however, is the closer “Coloma Blues”, which covers all that ground in one tune.  Just when you think you get what the song is about in the versus with its country-esque drive, the breakdown in the chorus mixes it up, but it is only when the choir (yes, choir) comes in, that it reaches the ultimate grand payoff.

For something completely different but still fulfilling, we recommend this album. It’s not what you’d expect from a Prog album, but isn’t that what makes it Prog in the first place?