Between the Buried and Me – Coma Ecliptic CD Review 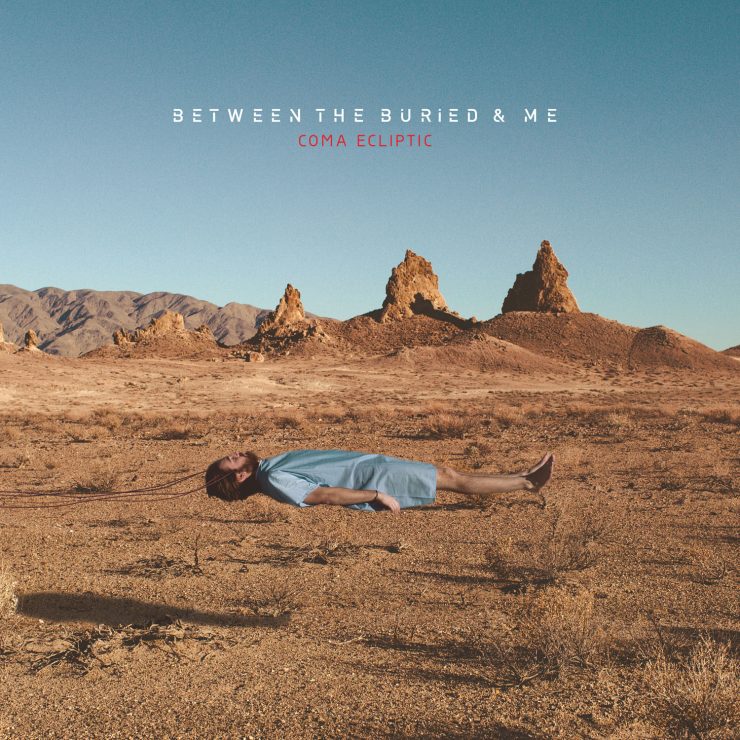 The concept album.  Every Prog band has to attempt on at some point or another.  Often the results can be mixed.  It can be even harder to tell if there was a concept at all.  With their 7th studio album, Coma Ecliptic, Between the Buried and Me, pass the test and then some.  This is everything a Prog metal album should be.  It finds a band that is ready to push themselves beyond their genre’s boundaries, takes risks, and explore new territory.  With every listen there are more and more surprises, making for one of the more enjoyable albums of 2015.  The album is the story of an unidentified man, stuck in a coma, exploring his past lives. The  man enters each world and is offered a choice of either to stay or move on to the next in search of something better.

There has been a movement in the “Djent” genre that has seen many of the bands move a bit away from the type of aggressive vocals and music for a more dynamic and diverse sound.  For the most part, this has been received with mixed results.  With BTBAM previously announcing upfront, they would be moving away from their original sound, there was some concern.  While they have indeed found new ways to express themselves on this album, fans should not be too concerned.  While it is not as heavy and aggressive as perhaps Colors is, there is certainly plenty of metal on this one.  It is just mixed in with a bit more actual singing and more variety in parts.

Kicking off with the overture-like “Node”, the band channel their inner Queen as they build momentum before diving into the exceptional “The Coma Machine.” Adding piano alongside razor sharp guitars, the band attempt a more cinematic approach here.  During Node and the first few minutes Thomas Rogers actually sings and does so well.  He, of course, has done so in the past, but here seems more confident and places more focus on his voice.  2 minutes in to the second track, however, things get back to more familiar territory for the band.

The band glide through some unusual moments such as the electronic transitional “Dim Ignition” and the piano bounce of “Ectopic Stroll.”  But the results are entertaining and by using these types of tracks to bridge the longer heavier tracks, the album becomes that much more interesting.  The guitarists shine on “Famine Wolf” and the epic “Turn on the Darkness”, the latter being one of the highlights of the album.  They don’t just play loud and fast, they play more with purpose than on previous efforts.

The closing section of the album, beginning with the album centerpiece “Memory Palace” into “Option Oblivion” and “Life in Velvet” show the band’s ability to stretch themselves beyond their comfort zone.  The songs are shorter but pack just as much punch.  While the album concept doesn’t come through as easily as some other concept albums due to scream vocals being hard to understand at times, the music does enough of the job of carrying the album across the finish line.

While there might be those to miss the older style of the band, it is not like they went pop.  We expect this to be one of the top albums of the year.  Coma Ecliptic is quite an achievement for a band that could have remained the same but chose to try something new.  In doing so, they continue to stay ahead of the other bands they are compared to.