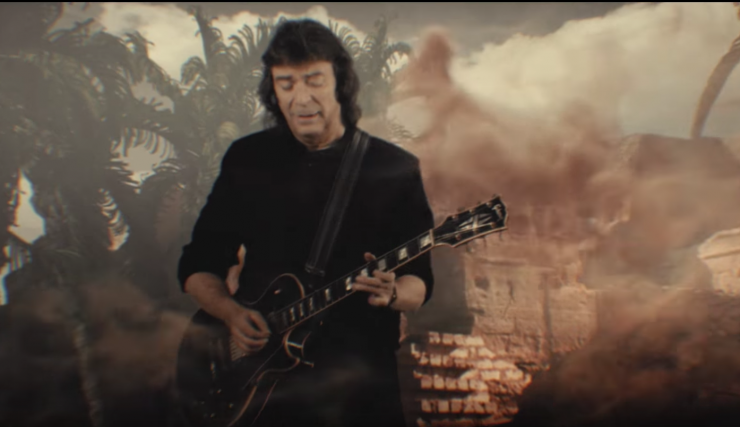 Genesis guitar legend, Steve Hackett, is set to release his latest album ‘The Night Siren’ on March 24th, 2017 through InsideOut Music (Sony). As implied in the title, ‘The Night Siren’ is a wake-up call… the warning of a siren sounding in this era of strife and division.

Today sees the release of a brand new video for the album’s opening track ‘Behind The Smoke’, which you can see now here:

Steve comments: “I’m thrilled with this video for the track ‘Behind the Smoke’ from my new album The Night Siren. Director Ivan and the I-Code team have created an extraordinary film here resembling an epic movie! It perfectly matches the song, which laments the predicament of refugees throughout the ages. More compassion is needed in this world for those escaping persecution and death.”