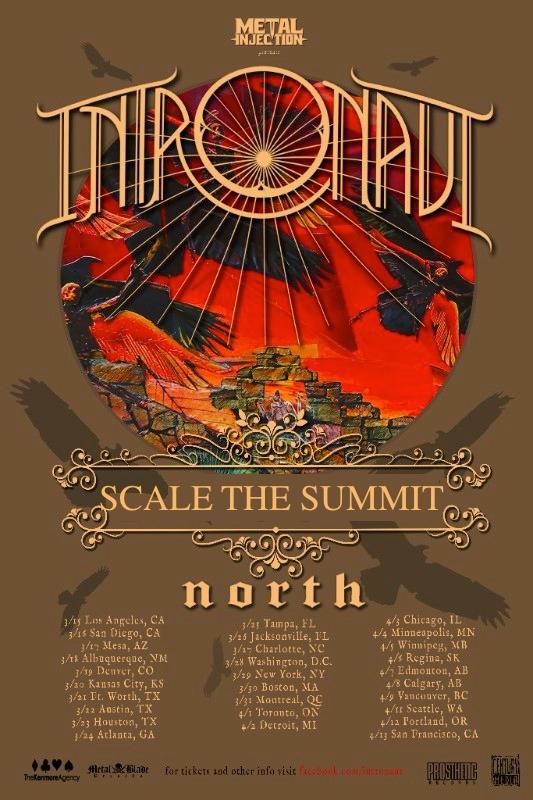 SCALE THE SUMMIT are excited to present material from their critically acclaimed 2015 effort “V” to audiences across North America as they have just announced a spring tour alongside close friends and previous tourmates Intronaut, along  with additional support from sludge legends NORTH. The tour, which kicks off in Los Angeles on March 15, will be the first to feature the addition of drummer J.C. Bryant to the band’s line-up. Full dates can be found listed below or at www.scalethesummit.com.

Previously SCALE THE SUMMIT  have toured with a who’s who of modern progressive metal including Between the Buried and Me, Protest the Hero, Periphery, YES, The Ocean, Glass Cloud and more in addition to several festival appearances (Yestival, SXSW, Houston Free Press Fest, Cruise to the Edge).

SCALE THE SUMMIT stunned fans and critics alike on their latest 2015 release “V”, which expertly showcased the instrumental progressive rock band’s sound across an array of beguiling soundscapes throughout each of its ten tracks.  Read the Prog Report review of ‘V’ here.