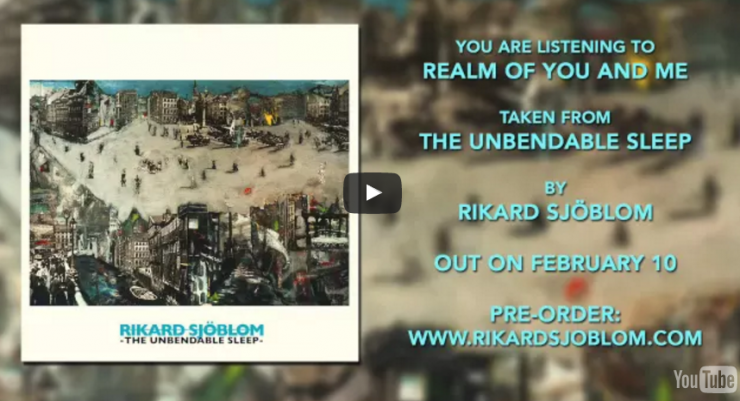 From the new album “The Unbendable Sleep”

Rikard Sjöblom, known for fronting one of the most prolific progressive rock bands that emerged in 2000s, Beardfish, is set to release his second studio album titled The Unbendable Sleep on February 10th. Here you can check out the cathcy first single off the album, “Realm of You and Me.”

Sjöblom, who is also a part of the UK prog rock band Big Big Train, commented: “It was one of the last songs that was written for the album, but basically I was sitting in a hotel room, just strumming the guitar and started playing the opening riff over and over and singing a melody (‘I’ve been mending the holes in my heart’). I think I wrote the whole thing in like fifteen minutes. It quickly became a favorite for me and I recorded it the week after I wrote it. It’s about growing apart and finding your way back to someone; your partner, yourself,… your guitar? I don’t know, I can’t be sure yet what it means to me personally but I know I feel very strongly about it!”

Comparing “Realm of You and Me” with the rest of material on The Unbendable Sleep,”Rikard says: “It’s not as prog-oriented as some of the other songs on the album but it still has a prog quality I would say. I hope you will enjoy it!”