Scale the Summit – In a World of Fear (Album Review) 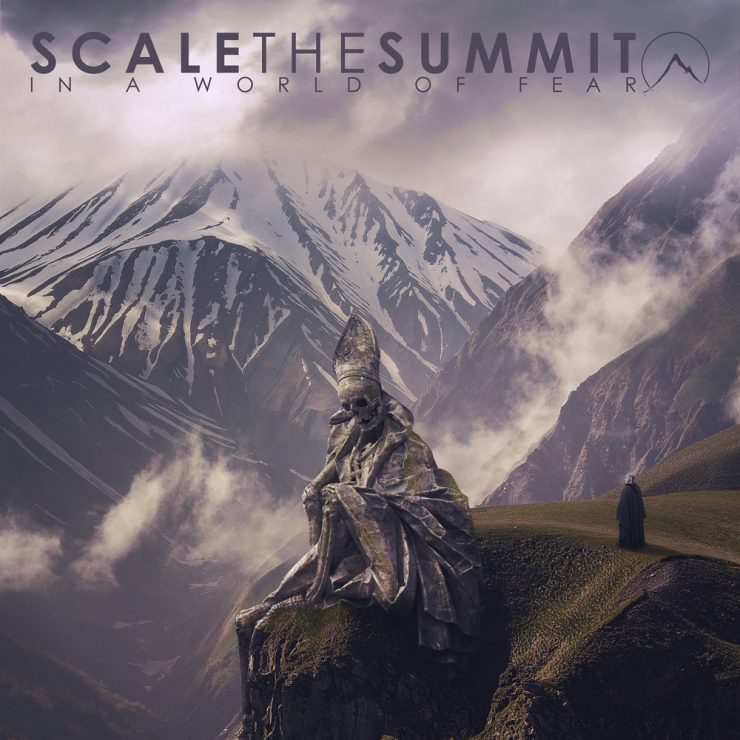 Scale the Summit are one of the rare instrumental acts that have managed to maintain a long and enduring career and have done so without much airplay, label support, or any gimmicks.  Having released their first album 10 years ago, the group have just released their 6th album, In a World of Fear, and this time entirely on their own.  The band has gone through a significant change with founding guitarist and main songwriter Chris Letchford now the only original member.  New members Charlie Engen (drums) and Kilian Duarte (bass) helped out with the recording along with a number of notable guests.  The result is another remarkably consistent album with the type of nuanced, skilled, and melodic guitar work that Letchford and STS have always been known for.

The album opens beautifully with acoustic guitar work on the track “Mass” before the rock kicks on about a minute in. Letchford’s muted guitar riff makes for an up-front and clean tone that stands out.  The rhythm section is completely in synch.  Engen and Duarte are almost note for note together, intricately laying the base for which Letchford can fill the gaps.  This track is new twist on the group’s usual sound and a nice opener.  “Astral Kids” offers a more laid back groove. The tapping work throughout the track is played with such ease, seeming effortless.  “Royal Orphan” is built on a more aggressive use of the bass and drums with Letchford laying within the rhythm of the track and avoiding any lead moments.

One of the standout songs, “Witch House” featuring Angel Vivaldi, is the first real metal track on the album with varying themes, use of double bass, lots of chuck and great solos.  There are flurries of ingenious guitar work on other songs as well such as “Neon Tombs”, another hard-hitting number.  “Dream12” employs alternating ambient breaks between frantic metal phrases, making for one of the album’s more unique and divers songs.  The closer “The Warden” is another showcase for the type of dynamics the band can offer.  With guests John Browne, Scott Carstairs & Nathan Navarro, the song is the perfect mix of metal and progressive that the band are known for.

While there is nothing ground-breaking or too much of a change from previous albums, this is a solid effort from Letchford and Scale the Summit, with just enough twists to be different than before.  But the great songs, guitar phrasing, and use of melody within intricacy are still here and few do it as good or better.