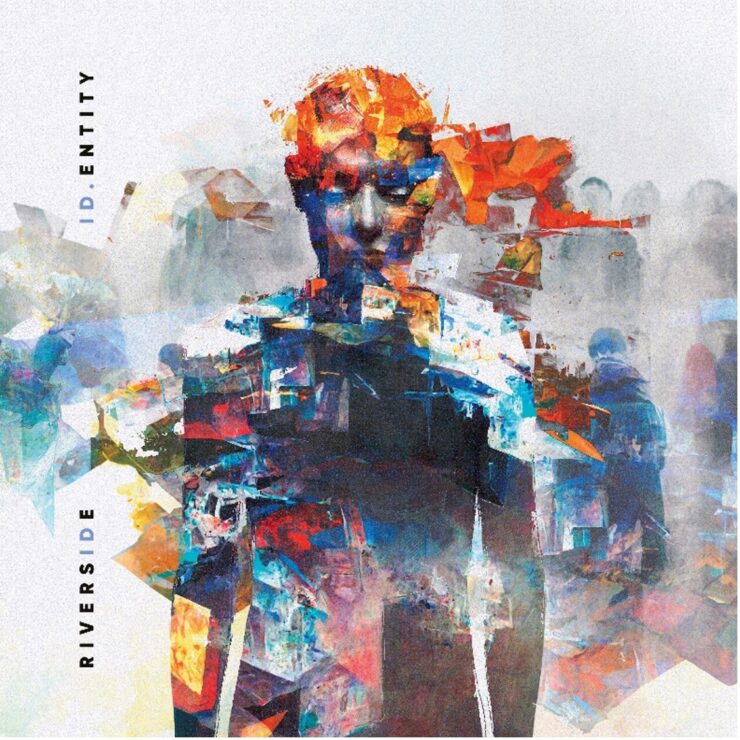 It has been a long wait, but as we welcome the year 2023, new beginnings are at hand. One of these new beginnings is marked by the latest release from Poland’s pioneers of Prog, Riverside. ‘ID.Entity’ is the band’s eighth studio album and their first since 2018’s ‘Wasteland.’ More than four years between albums may be considered a fairly long break in some artists’ careers, but Riverside can of course be forgiven, since they have been mourning death of guitarist and close friend Piotr Grudziński since 2016.

Released in January 2023 by InsideOut, the new album boasts many ‘firsts’. Mastered by Robert Szydło and produced by Mariusz Duda, it was recorded and mixed in two studios – Otwock’s Boogie Town (with Paweł Marciniak) and Warsaw’s Serakos Studio (with Magda and Robert Srzedniccy.) The album’s artwork is the first Riverside cover to have been created by Polish artist Jarek Kubicki, and the record is the first to include relatively new (2020) member, guitarist Maciej Meller. Whilst he dovetails perfectly into the band’s established sound, Meller nonetheless adds a new variety of up-tempo guitar spice to the Riverside sauce. The balance of the line-up comprises Duda on vocals, bass and guitars, the excellent Piotr Kozieradzki on drums and versatile keyboardist Michał Lapaj.

The result is an excellent melding of the traditional sound that Riverside fans have come to expect, with a grittier, more direct edge that perhaps harkens back, not ironically, to the band’s earlier years. However there are additional elements that contribute even more to the sauce, and this album can therefore be described as something of a ‘new’ sound for Riverside. This is not to say that anything the band has released in past few years was not novel or innovative, but this collection is somehow just a bit more, well, ‘different-sounding’ than the other recent albums. ‘ID. Entity’ is a collection of thematically linked songs that combine to make an album that is, overall, more hard-edged, and somewhat less melancholy, than its recent predecessors.

The first two singles are ‘Self-Aware’ and ‘I’m Done With You’ (with a video produced by Thomas Hicks). The former is possibly the most forthright rocker that Riverside have recorded, and will ring true with anyone going through personal trauma and self-reflection, while still allowing fans to ‘rock out’. The latter is a massive expression of anger and frustration, referencing corporate greed, planetary decline, the Ukraine war and the need to escape the controllers of the new world economy. This is no love song. The other five tracks on the standard-issue album range from the brilliant keyboard-based experimental pomp of opener ‘Friend or Foe’ (also ultimately a rocker) to the catchy ‘Post-Truth’, the highly progressive and dark ‘Big Tech Brother’ and the sullen relationship lament of ‘The Place Where I Belong’. My favorite track is ‘Landmine Blast’, which is a potent musical explosion delivered in an unfathomable time signature. It is threatening, menacing and ultimately huge.

Compositional authenticity abounds throughout the album, as do strong production techniques. Robotic voice-overs, Duda’s deceptively smooth vocals, scything guitars, time signatures that are complex (in the most subtle way), and the startling musicianship that Riverside fans have come to expect, all combine to make for a delicious feast of innovative and slick modern Prog. These are also undoubtedly the most penetrating lyrics that Duda has written (he has gone on record to say that he believes these to be the best lyrics of his career.) But rest assured – despite all the up-tempo experimentation, there is a certain and very particular musical angst that only Riverside can deliver (if you are a fan, you will know exactly what I mean) – and that familiar element is still copiously present on ‘ID. Entity’ – just delivered in a more up-beat fashion.

If there is a central theme to the album, it is the investigation of the core questions currently being asked by humanity: ‘Who have we become in these strange times?’ ‘Are we still ourselves?’ and above all (if anyone can define the concept): ‘What is our identity?’ Heavy stuff.

I am fortunate enough to have seen Riverside live several times (including this incarnation of the band on 2022’s Cruise to the Edge) and I can attest to the fact that that this album has a very ‘live’ feel to it, hinting that the band probably played it together in the same rooms. To be precise, the record sounds very much like the band currently sounds in concert. This speaks not only to the sonic feel of the album, but also to Riverside’s cohesiveness as a band of performers.

The album’s production is as detailed and superior as one would expect. It is also very adventurous, with Duda flexing his audio skills to the maximum. Marvelous sounds, scenes and scapes are to be heard in abundance, and that is just on the standard release. There are other versions of the album also available, including a two-CD media-book with four bonus tracks, a limited edition two-CD edition with Blu-ray, an art-book version with nine tracks, a 5.1 surround mix and a Dolby Atmos edition.

“ID.Entity” perpetuates and expands the traditional sound of Riverside, but it does so using a rejuvenated, more energetic and more dynamic blueprint. It is admirable that Riverside are now entering their third decade of prominence on the Progressive Rock scene. The members may appear young, but they are eminently mature composers and performers.

I am a die-hard fan, and my favorite Riverside album has for many years been ‘Shrine of New Generation Slaves’. But I feel that this selection could easily change on subsequent spins of this excellent new album. It seems to me that ‘ID. Entity’ could be the dawn of a new era for Riverside. Whilst they have not abandoned the melancholic aspects of their music, they have obviously gone through the necessary period of mourning after Grudziński‘s death, and have recovered and emerged with a new vigor that is audible in the recordings.

Some things are just worth waiting for, and Riverside’s new album ‘ID. Entity’ is one of them. Here’s to new beginnings.