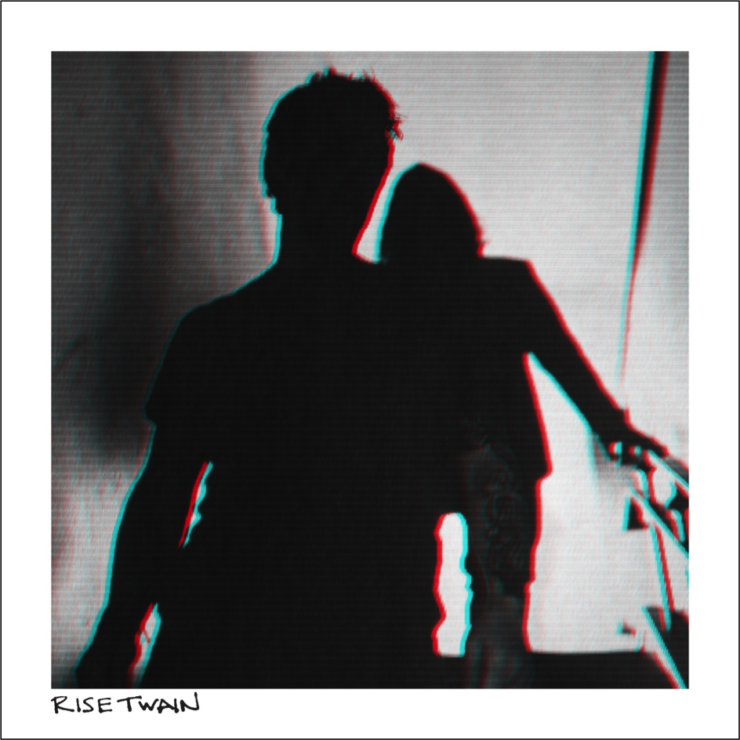 Review of the self-titled debut album by Rise Twain out on Sept. 6th, 2019.

“Rise Twain is a Philadelphia-based duo offering material ranging from anthemic to plaintive, grand to intimate, fertile to destructive. They are the union of Brett William Kull (producer, audio engineer, and member of Echolyn, Grey Eye Glances, and Francis Dunnery’s New Progressives) and J.D. Beck (Beck-Fields, The Scenic Route, author & playwright), forward-thinking songwriters that have cast their debut album with eloquent structures fit for both the heart-wrenching and star-clenching. They bring with them many collective years of direct and varied experience in writing, performing, and recording music.”

I’ll translate that for you, what do you get if you put two great modern songwriters together and give them free rein to write an album? You get the mightily impressive self-titled debut album Rise Twain, ten songs of beauty, raw emotion and intelligence that live long in the memory after the final note has been played.

The powerful staccato rhythm of “Everspring” gives soul and substance to the opening of the album and is followed perfectly by the indie-rock sensibilities of “Golden” where Brett Kull’s impressive guitar playing is showcased and you first hear the emotional quality of the fantastic vocals.

On J.D. Beck’s vocals, Kull comments on the parallels with Jeff Buckley, “To me, Buckley was progressive. You couldn’t really put him in a box, he did everything from R&B to gospel to rock, and he was such a great singer/songwriter. That’s what pulled me towards J.D., he has those vocal chops and he writes a lot like that. That’s the cool thing about what he and I are doing, it’s a blending of a lot of different vibes. When I sing with him, it makes me step up.” The gentle, calming tones of “The Range” offer a warming contrast but there’s a raw and wistful undertone that you feel throughout, a fragility simmering under the surface. “Lit Up” has Echolyn written all over it, the small-town vibe and winsome chorus shine as the track takes a leisurely stroll through your mind.

You couldn’t ask for a more perfect paring of songwriting talent which is eminently obvious on the soulful beauty of “Death of Summer”, a song full of raw emotion and beauty that lifts your soul and fills the emptiness, even if it is only short lived. What follows is the near perfect ethereal grace of “Oh This Life”, exquisitely painful and wistful, a moment in time where the world stops turning and you can reflect on where you really are in life and the inviting and raw, intimate dignity of “Prayers”, as bewitching a pair of songs as you could hope to hear.

“Falling Skies” and “Into A Dream” show the dynamic range of this formidable musical pairing, powerfully emotive and yet eloquently pared back to reveal the sensitivity beneath, the guitar playing on the latter is just awe-inspiring and uplifting. All good things must come to an end and Rise Twain closes on the profound high of “That Is Love”. Possibly the most meaningful five minutes of music you will hear this year, simple, stripped back and yet every note resonates within you and makes a mark on your soul.

Rise Twain have delivered one of the most impressive debut albums I have heard in quite a long time. The fragile beauty will touch you and the profound depth will move you like nothing else, if you only listen to one new album this year then I implore you to make it this one.