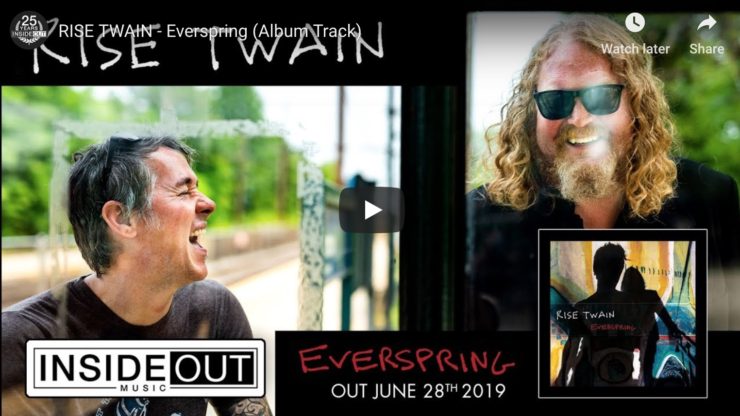 Self-titled debut album due out on September 6th, 2019.

InsideOutMusic recently announced the signing of Philadelphia-based duo RISE TWAIN to the label, for the release of their self-titled debut album on September 6th, 2019. The union of Brett William Kull (producer, audio engineer, and member of Echolyn, Grey Eye Glances, and Francis Dunnery’s New Progressives) and J.D. Beck (The Scenic Route, Beck-Fields, author & playwright) bring their collective years of direct and varied experience in writing, performing and recording music together for their impressive debut.

Today they launch the first single taken from the album, and you can listen to the track ‘Everspring’ here:

The band comments: “This is the first song on our debut album; it’s a banger! Smacks you in the face like a sexy waltz steeped in heated blues; unbridled in the chaos and birth of life.”