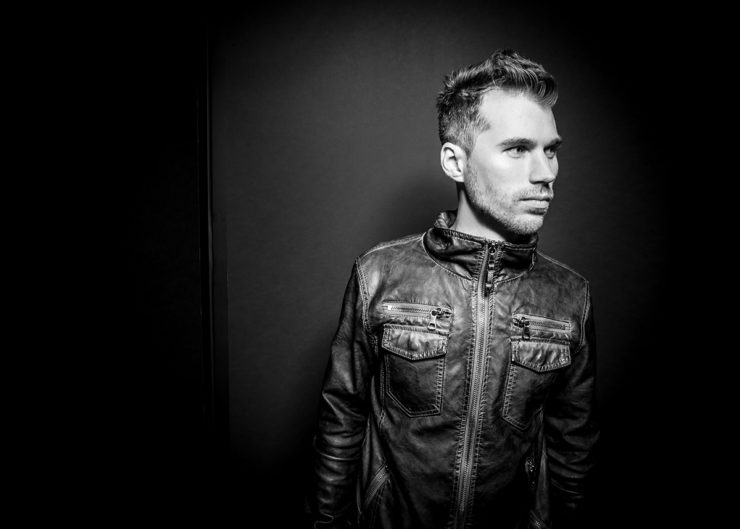 “Sun In My Eyes/Go On Now” is the latest release from guitarist and singer/songwriter, Randy McStine (Lo-Fi Resistance). Both songs feature Craig Blundell (Steve Hackett, Steven Wilson) on drums, with McStine handling the rest of the instrumentation.

While “Sun In My Eyes” will find a place in the usual streaming sites, “Go On Now” is an exclusive B-side which is only accessible with purchase through McStine’s ​Bandcamp​ store.
https://randymcstine.bandcamp.com/

“Both songs have a definite link to each other,” says McStine. “Sonically, I think many of the textures support the subject matter of the lyrics in ways I haven’t previously explored. There is a bit of an electronic “haze” to them, which kind of feels like an aural representation of thoughts swimming in and out of my head. ‘Sun In My Eyes’ is touching on a lot of my personal concerns from recent work, but it’s channeled through a character this time. It’s a bit dark and anxious… ‘Go On Now’ has a different kind of darkness to it that is sort of dream-like. It doesn’t really feel like a song to me…more like a series of moods. The lyrics are a bit abstract at times, but they are also some of the most direct that I’ve written about loss and grief.”

“Sun In My Eyes” was mixed by Mario J. McNulty (David Bowie, Laurie Anderson), and “Go On Now” was mixed by Tim Palmer (Tears For Fears, U2). McStine’s previous single, “Bottom Feeder Blues,” features Marco Minnemann (The Aristocrats) on drums, and was released in April.

The Pineapple Thief also recently announced that McStine will be the opener for their 2019 North American Fall tour. McStine commented, “I’ve been a fan of those guys since a friend played me their ‘What We Have Sown’ record in 2007. I’m thrilled to have this opportunity to be in front of their audience, and to also re-connect with Gavin (Harrison). A lot of my fans feel that the Lo-Fi Resistance album we did together (​Chalk Lines,​ 2012) is a high-water mark in my catalog, and among others, I largely have him to thank for that.”