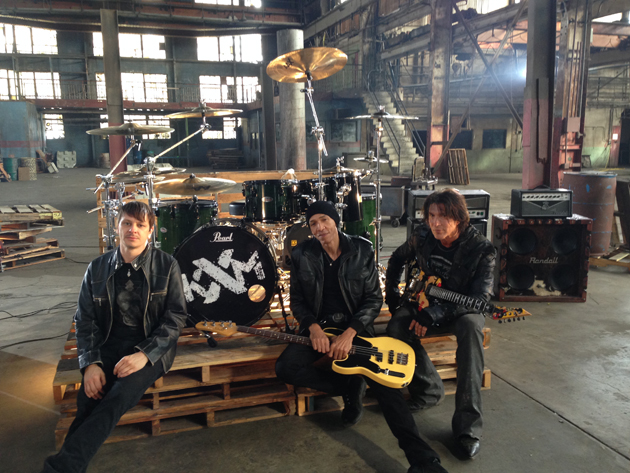 Ray Luzier, drummer for Korn and new supergroup KXM, talks about touring with Korn, forming KXM at this son’s birthday party and more.

Here is an excerpt of the interview.  For the full audio interview check out the video link below or download the podcast on iTunes.

Check out the KXM album and Korn on tour this summer.

Did you write and record it (the KXM album) in a quick period of time?

Yes, I say quickly but it was done over the process of a year and a half because of our schedules.  Basically what we would do is we would meet, write something completely fresh and by the end of the day we would be tracking drums live.  And then we would move on to the next song.  They would come back and do overdubs and minimal fixes.  We kept it nice and live and fresh.  Everything is raw and organically done.

So the reaction to the record has been pretty amazing. Was the original plan that it would just be for fun and we’re not gonna worry about it and now all of a sudden its this thing that people are into?

That’s literally why we were doing it was to have fun.  We just wanted to break even on the expenses we put into it.  We said that if we do that, it would be good enough.   But people are freaking out about it.  I’m getting letters form 18 year old kids saying “dude, I never heard anything like this.”

So how does a song like Gun Fight come to be?

That intro drum thing I play at soundcheck to warm up at Korn shows.  It’s a warm up pattern between my hands and my feet.  It was in 4/4 time and I ended up putting it in ¾ just to see what it would sound like.   Doug and George didn’t even have their guitars on yet.   Doug came in and he was like “What is that? Don’t stop, just keep playing that.”  He picks his bass up and actually played the line that George played on the record and changed his part once we started rockin it.

Do you even have time to consider touring with this band?

We definitely want to.  I know some shows will happen before the year’s up.  Unfortunately a big tour’s not gonna happen, even Winery Dogs asked us to do something cos they’re out there tearing it up.  We ultimately plan to play at least a couple of weeks somewhere and at the end record a DVD for the fans that maybe cant see us live and want to see it.