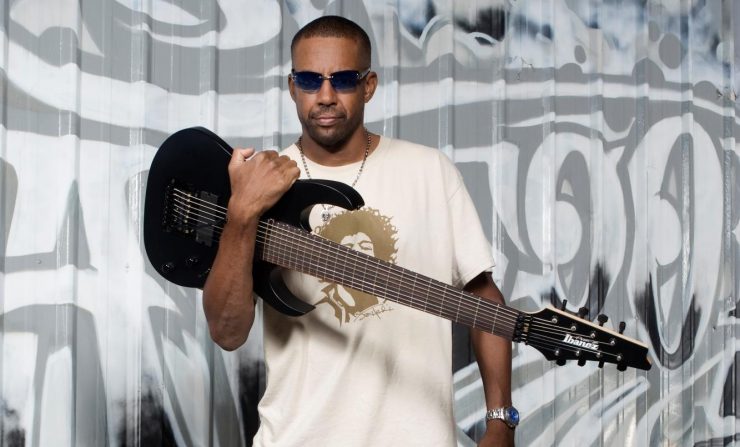 We caught up with the busy Tony MacAlpine to discuss his career, working with Portnoy, Sheehan and Sherinian and his upcoming new album.

Here is an excerpt.  For a full audio interview, click the link below or download the podcast from iTunes.

How did PSMS get started and what are the plans moving forward?

Mike wanted to do a drum video and he called us all and asked us if we wanted to participate in it and I think that was the start of the actual whole thing.  From that point on, all of us have worked together one way or another.  I’ve done those G3 tours with Mike and John, and Billy and I have played together forever and of course I was in a lot of bands with Derek.  We’ve all kind of known each other and we’ve talked over the years of doing different things and it finally came together.  As far as what we are doing, we are going to work on a record.  We are just trying to find the time to do that.

You started as a classical pianist, do you still play classical music?

Of course, I play piano quite a bit.  I record a lot of different things.  I was gonna do a collection of records of different violin and piano sonatas with a violinist here but again, the time.  I play more piano than anything.

Tell me about the new album and who you have playing on it?

Well the new record is not finished yet, we are still working on it.  It’s gonna take some time.  But it has my long time friend Aquiles Preister on drums, Jeff Loomis is playing some guitar tracks, Pete Griffin playing bass.  We are still recording and still have some more guests coming in.  They haven’t done it yet, so I cant say anything about it, because they haven’t played yet.  So, that record’s gonna take a while,  We are at the point where we have about 8 songs .  We just want to keep writing, keep recording.  I record a lot of different songs to get to the point where the record comes out.  It’s a progressive record.  Really heavy, very interesting stuff.

Looking back on your career, are you every surprised  at how long it’s been and that you’re still doing it?

No, I don’t, because I started when I was 5 years old.  That’s just what I wanted to do.  And I as long as I have something musical to say and to interact with other people  and it will be something that I respond to. But if there’s no response or nothing for me to say, that’s when its time to maybe pick up the golf clubs or something like that.   I really do have a love for it still and as long as I have that, you know.  And playing in front of people is a great joy.  I wouldn’t say recording is but its fun just to see people really enjoying music and put a smile on their face and have them come out to the shows and its meaningful for both of us.