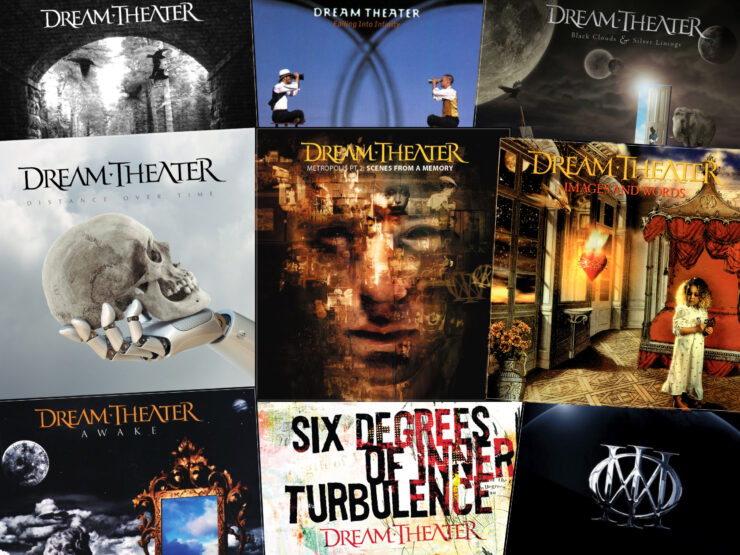 The very first album.  For some die-hards, this is their favorite album.  But, it is before James Labrie joined the band and the band has significantly evolved since this release, so we rank it here.  But by any measure, this is a pretty darn good debut and showed the band’s potential.

Dream Theater make a bold statement with their 2 and half hour rock opera set in the future where machines have taken over music. James Labrie delivers one of his strongest performance as the band take on a more diverse approach musically, exploring new boundaries. This album, however, is a major departure from the band’s signature style and has been polarizing among the fanbase.

This album is a tough one to figure out. There are some killer riffs and it is pretty heavy but there are a lot of weird parts and sections that sounded forced. It is still better than your average band and has some memorable songs, but we had to put one album near the bottom of the list.

The band followed up their surprising post-Portnoy album Dramatic Turn of Events, with this very solid effort. It is a bit of a Dream Theater sampler in that it features one of everything good that the band as done. Long epic track, a killer instrumental, heavy opening track and a few great album tracks. While not breaking any new ground, tracks like The Looking Glass and Illumination Theory showed the band still had some tricks up their sleeve.