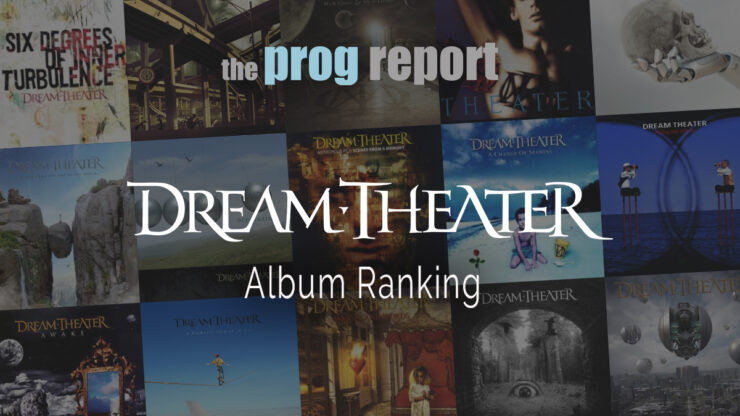 After 2 incredible Prog heavy albums, the band decided to go really, really heavy. And they did so with flying colors (no pun intended). This is a great album from start to finish. There is an intensity in each song that they have not replicated since. This Dying Soul, Endless Sacrifice and In the Name of God are spectacular as is much of the album.

When it first came out, the album was a bit of a left turn for the band which had just made their names with Images and Words. It was heavier, less keyboard heavy and way more diverse. But rather than make Images and Words 2, they took a solid step forward as songwriters, which few bands in this genre have been able to do. It set the band up for many more albums of experimentation and growth. Many years later, tracks like Erotomania, Voices, Scarred and Caught In A Web remain fan favorites and still resonate live.

Here we start to get to the cream of the crop. Every Prog band has to attempt a double album. It’s practically in the rules. But not many can produce this good a result. The first disc is complete with all different styles from the aggressive Glass Prison to the Floyd-esque Blind Faith and the equally diverse Great Debate. The second disc is just as good with the 42 minute title track that includes highlights like The Test That Stumped Them All and Solitary Shell.

It is hard not to put this at number 1, with all that it means to so many Prog fans. For many of us that only knew Prog as Yes and Genesis, this was the first time it was heavy and modern and paved the way for all the bands we listen to today. It was the beginning for many fans and future bands that would follow in their footsteps. The album now approached its 30 year anniversary.

This is almost universally considered as the group’s best album and that would be hard to argue. It meets all the marks of a great Prog album and then some. It’s a concept album (check), every song is great (check), it has a mind blowing instrumental (check), a choir (check) and an epic ending (check). The album recently passed the 20 years old mark and the band it on tour it in its entirety live on their previous tour. Songs like Strange Deja Vu, Fatal Tragedy and Dance of Eternity are some of their best songs and remain incredible live.