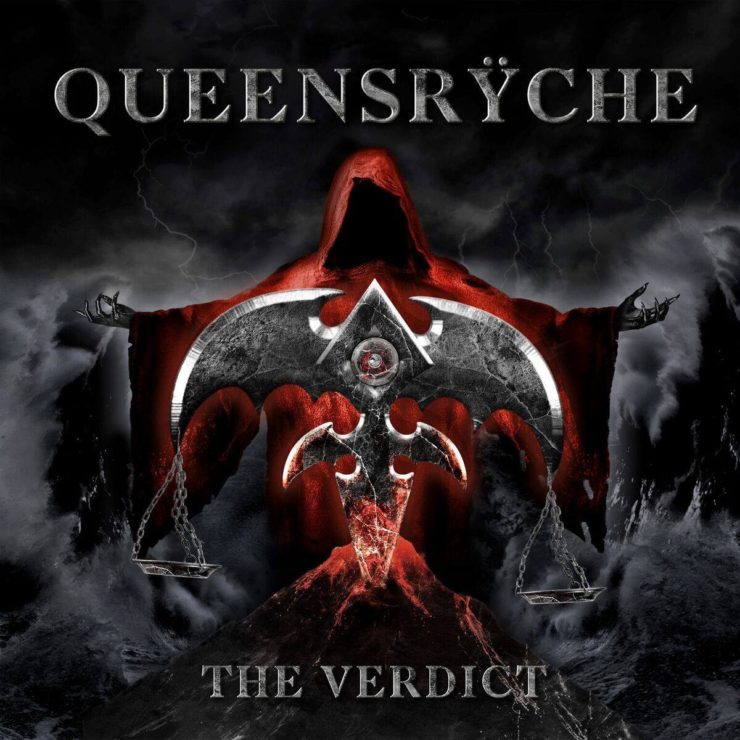 Review for the new Queensrÿche album ‘The Verdict’ out on March 1, 2019

One of the biggest challenges for any band which is able to extend its existence for decades is the ability to maintain its relevancy within the scene. For Queensrÿche, not only have they been in the scene of progressive music, they were one of the early establishing acts of modern progressive rock in America. Their early history includes albums which dominated rock radio in the late ’80s and early ’90s; moreover, those albums have also proven to be essential in this modern prog era. After 2 well received albums since the departure of original vocalist Geoff Tate and the introduction of Todd LaTorre, Queensrÿche have now brought a third album with their current lineup. This group brings a very collaborative culture into the song writing process which results in music which is familiar and comforting, yet fresh and relevant. They are able to maintain their signature sound and attitude after well over thirty years of rocking and with The Verdict they prove they are indeed still a force to be reckoned with.

The opening track “Blood of the Levant” is the latest single and one of the highlights of the record. The heaviness of the album is evident immediately upon the start of the song as guitars and drums chugging away. Todd LaTorre’s vocals round out the sound in perfect Queensrÿche style. The band have reinforced with their fanbase that this is a sound to trust and find themselves in a very familiar sonic spectrum which rocks. “Man the Machine” continues to showcase that these guys have found something familiar and missing since their success of, dare we say, Mindcrime and Empire. LaTorre’s soaring vocals are the perfect complement for the guitar driven song. Michael Wilton’s soloing shows his level of musicianship has remained at a top level. The harmonizing chorus fits in perfectly to add another signature Queensrÿche mark.

At every turn of the music, the band continues to put together elements which are comfortably familiar to the long time listener. In the breakdown section of the third track, “Light-years”, bassist Eddie Jackson grooves a great line while Wilton and Parker Lundgren deliver a harmonizing guitar riff which is hypnotic.“Inside Out” offers a haunting arpeggiated opening guitar riff which then builds to a great chorus which once again pays tribute to the early catalog of Queensrÿche classics. “Propaganda Fashion” wastes little time in taking off as the lyrical edge the veteran band is known for carries on; this song is a ‘fists in the air’ moment of the album.

“Dark Reverie” is the album’s second released single, written by Parker Lundgren, is where a slower and darker sound is on full display. LaTorre vocals shine here as well as his top notch drumming chops.Long time and founding drummer, Scott Rockenfeld had personal commitments which prevented him from joining in the recording of The Verdict. Todd LaTorre experience and appreciation for all things Queensrÿche result in drums which fall right in line with everything the band has set their sights on in recording this latest effort.

The next three tracks of the album have the makeup which will have the listener hooked, anticipating what will come up next. These great guitar driven songs have great riffs, melodies, and choruses which confirm the signature of the band which not only holds true to its roots, it brings a heavy and darker tone. This results in a very pleasing listen to the masses the band has accumulated over their history. “Launder the Conscience” marks the musical climax as it draws to a close while “Portrait” is an album closing ballad delivering in a style harkening back to the days of ‘Promise Land’.

At this point, the obvious question is what is the verdict of ‘The Verdict’? Queensrÿche have framed a collection of well written, well mixed and produced songs, in a sound which is heavy, dark, fresh, comforting, and familiar all at the same time. It is a great accomplishment to have this kind of energy still coming through the music. This is quite possibly the best album the band has put together in over 15 years and will certainly be on many end of the year lists.  To answer the aforementioned question—the verdict is guilty of excellence.