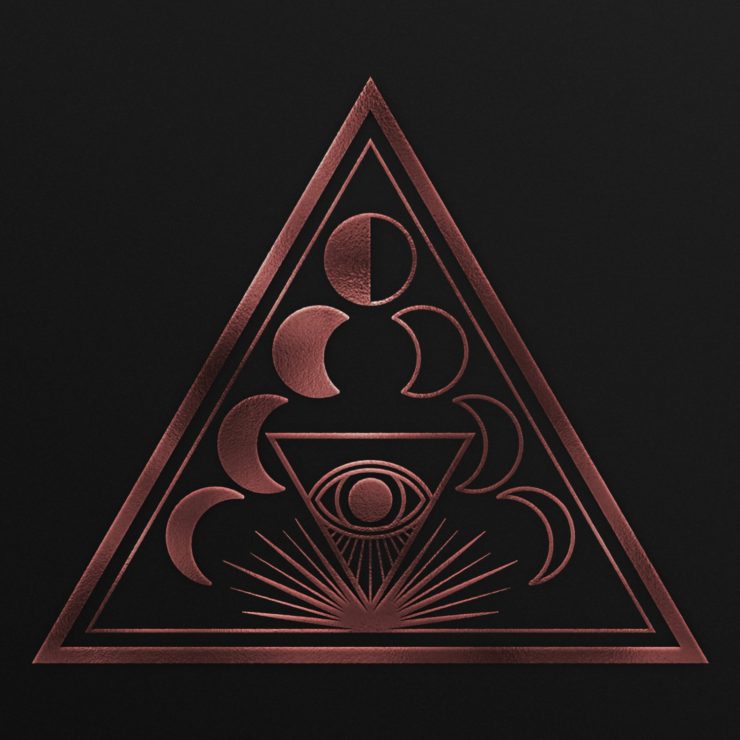 Change requires bravery. Soen are a courageous and heavy band, and they have, more importantly, never denied their influences. I am a great fan of Tool, Opeth and System of a Down, whose particular brands of heaviness I find to be unique and perfectly placed, therefore it should be easy to write this review fearlessly. So let us be fearless in this statement: Soen have always worn the badge of their stylistic sources proudly and forthrightly. They have never pretended to be something they are not, and their fans (who are likely also to be Tool fans), know what sound to expect from them. But the band have exhibited some clear bravery in their latest studio efforts, by exhibiting a willingness to show greater experimentation with their sound, than ever before.

With (at least some of the time) a greater emphasis on keyboards than in their earlier albums, Soen’s new album ‘Lotus’, undertakes to explore some new sonic outlooks and therefore often escapes the shackles imposed by their influences, and the inevitable accompanying stigmata.

Soen hail from Sweden – a country that yields a mystifyingly disproportionate amount of musical geniuses when compared to its population. The band is comprised of vocalist Joel Ekelöf, bassist Stefan Stenberg, ex-Opeth drummer Martin Lopez, Lars Åhlund on keyboards and newly-appointed Canadian guitarist Cody Ford. It goes without saying that these musicians are all gifted virtuosos who produce music that is complex, precise, heavy and groove-laden. It is also now very emotional, largely due to Ekelöf’s vocal delivery, which stands out in the mix, and some new compositional bravery.

In all, the album provides a good balance between the band’s traditional sound, which their avid fans will expect, and a new melodic experimentation.

Opening song “Opponent” presents few surprises, but is a great exposition of the Fates Warning and Tool sound that the band has refined. It is heavier than expected, and for now, the comparisons to Tool remain. “Lascivious” continues that heaviness and style. It is not a hugely original composition, but it is very powerful and contains one of the fattest bass-lines you will ever hear. A surprisingly melodic middle section is the start of more varied fare and introduces the new aspect that shows the band’s overall intent for this record. It doesn’t last long before the crunching guitars and thumping double kick patterns return, but it is a hint, and augurs well for the rest of the album.

Third song “Martyrs” contains more signals of this direction. Starting heavy, jagged and fast, a great new melody is then intertwined with the gargantuan weight Soen are known for. It is a great track with varied swathes of originality, and combines classic Prog-metal with a 2019 twist.

Title track “Lotus” is melancholy and brilliant. It is with this track, especially the intro and the keyboard part in the middle, that Soen finally throw off the chains of being considered to be just Tool, Fates Warning and Opeth clones. This new writing style, which has a Classic Rock flavor, suits Ekelöf’s voice extremely well, and the song is a compositional breakthrough for the band.

“Covenant” confirms the band’s new stylistic progression. It starts with a brilliant syncopated guitar riff that stands alone and more than carries on the new excellence achieved by “Martyrs” and “Lotus”. But it does not abandon weight – on the contrary, the iron guitar riffing in this song is quite unique. It is as lionhearted and heavy as anything the band has done, yet is not in any way ordinary or referenced. This band can write with as much fortitude and boldness as it can perform. In “Covenant”, new ground has been broken with intrepid intent.

Yet more confirmation of the trend is to be found in “Penance”, which has a slow keyboard intro and a gentler approach, built around a syncopated drum pattern. The lead vocal is given the chance to resolve more, and is very pleasing as a result. Of course the heaviness builds, but it is somehow more structured and complementary to the melody, and thus more satisfying. Tool and System of a Down do peek their heads in, but in a good way, before the keyboard and melodic guitar ending closes the song. This is one of the best songs Soen have written.

“River” has a sombre vocal and piano intro. The sadness, again, suits Ekelöf’s voice, which has a huge range. It is almost as if the band have learned how to compose more effectively for his voice, and it works. Not un-reminiscent of compatriots Pain of Salvation, this is a great moment on the album.

“Rival” brings the band back to its traditional Tool sound, but it is more than audacious in its power and might. I was not totally enamored of the vocal approach, which sounds a little forced in places, but the instrumentation behind it certainly requires headgear.

Final song “Lunacy” presents the best riff on the album. It is almost catchy, if such a thing is possible in this type of music. All in all, this is the best track on the album and shows that this band is headed completely in the right direction. The composition is magnificent and brings out the best in the vocal performance and all the backing instrumentation. If Soen continue in this direction, there are great things to come from them. The brilliant melodic riff is exploited to the maximum, and leads beautifully into the heavy part. The crunch and weight of the middle section is correctly placed, not overdone, and complements the hook perfectly. The song breaks down to a sad and lonely keyboard line with solitary notes that lead to the sad verse ending, fading into nothingness. Powerful, gorgeous and, above all, unique, ‘0Lunacy’ ends the album on a note of brilliance.

‘Lotus’ is a valiant, polished performance of difficult Prog-metal mixed with a courageous new melodic style, and is certainly Soen’s most accomplished album. It boldly mixes ferocity and a new mystical emotion without disavowing ‘that’ sound that fans have come to expect – no mean feat. The lyrics are typically mystical, hypnotic and, well, Proggy. David Castillo’s production is robust and cogent, and while the vocals might be a little loud in the mix at times, this is not as problematic as it might be, due to the more complementary writing style which brings the best out in the vocals.

Don’t be afraid to give Soen’s latest album a listen, all the way to the end. The band must be given kudos for their bravery and willingness to experiment. While I love Tool and Fates Warning, I love innovation even more. ‘Lotus’ is a sign of even greater and braver things to come from Soen.