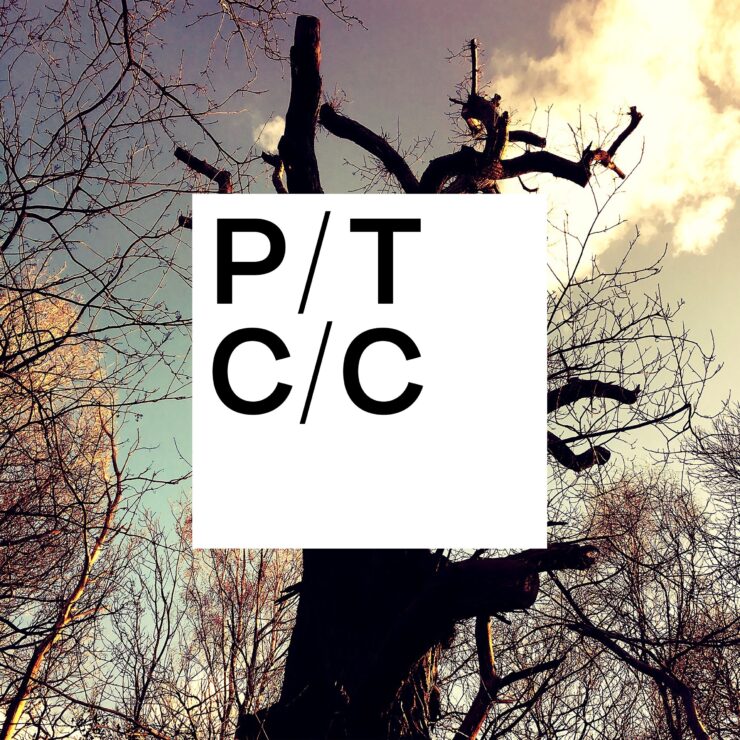 There are few bands as influential as Porcupine Tree. There are even fewer that are as mysterious and multi-faceted, even in the enigma that is Progressive Rock. From the once (but no longer) joke name of the band to the varied and often polarized nature of the music, the word ‘dichotomy’ may as well be Porcupine Tree’s middle name. But despite all the contrast, variation and experimentation, there is one word that has been the band’s hallmark from the beginning, and that word is ‘excellence.’ From the groundbreaking album ‘In Absentia’ to the band’s legendary October 2010 performance at London’s Royal Albert Hall, paramount musical quality has been Porcupine Tree’s consistent mantra for over thirty years. It is the best therapy that any musical schizophrenic could want – both obsessive and compulsive at the same time, you might say.

Since the release of 2009’s ‘The Incident’, there has been more or less perpetual speculation in the Prog community as to whether Porcupine Tree would reunite. That speculation was ended in 2021 when, with almost alarming suddenness, a new single entitled ’Harridan’ was released. The speculation immediately became expectation with the announcement of the band’s eleventh studio album ‘Closure/Continuation,’ scheduled for release in June 2022.

Despite the reconvening of long-standing members Steven Wilson, Gavin Harrison and Richard Barbieri, bassist Colin Edwin has mysteriously not rejoined. Speculation on that matter would be pointless, suffice it to state that Edwin’s absence has certainly affected the band’s overall sound. Some might say that the difference is marginal (an open question) and that the band’s excellence continues to abide, which is absolutely true. But the fact remains that fans are, at time of writing, still awaiting some sort of explanation regarding Edwin’s omission. The touring line-up will include excellent all-rounder Randy McStine and Devin Townsend’s highly accomplished bassist, Nate Navarro. The album itself was delivered by the three core members.

The aforementioned ‘Harridan’ kicks the album off in typically frantic fashion, presciently and quite tellingly beginning with a Steven Wilson bass riff. The track is reminiscent of the band’s halcyon harder-edged middle era, circa ‘Deadwing,’ and is a more than suitable curtain raiser. By now well known to the fan-base, ‘Harridan’ presents yet another stand-out Gavin Harrison master-class, as do so many other songs in the band’s vast catalogue. It is a near-perfect melding of Wilson’s metallic guitar stabs and wailing vocals, accompanied by Barbieri’s levitating atmospherics. All this variation is brought together and made into a cohesive whole by Harrison’s contribution, which is much greater than just the provision of percussion. His drumming quite clearly impacts the very composition of the songs he plays on, and this is an excellent example of that phenomenon. The song is edgy, aggressive, melodic and powerful beyond description. I guess this is what is called ‘chemistry.’

Second track ‘Of the New Day’ shows the band’s intent to adhere to its much-adored tradition of mood disparity and variation. The ‘In Session’ video of the song shows a band in tight creative unison, and while Wilson sings and plays all the guitars, the keys and drums integrally hold it all together. Also previously released as a single, ‘Of the New Day’ is a grower – a melodic, dark and heavy ballad that will keep you indoors and listening. Wilson’s vocals and guitar tones are multi-faceted and layered, but juxtaposed over luminous keyboard soundscapes and scything Harrison drums.

‘Rats Return’ is a harrowing Prog-metal feast built around a staccato Harrison rhythm that is impossible to resist. Wilson’s voice and guitar are respectively plaintive and strenuous, and the combination is thoroughly overwhelming. Expect a jarring and jagged musical threat that could leave you with nightmares. Quite outstanding, this song represents the musical essence of Porcupine Tree.

Fourth track ‘Dignity’ contains one of the brightest and warmest guitar melodies that Wilson has created. With hints of The Beatles and ELO, and lyrics from heaven, you can almost feel the ‘rain rising up through your toes’ and the ‘egg running down past your nose,’ as this glorious ballad unfolds. With magnificent acoustic melodies counterpointed by a groaning bottom end and brilliant lyrics about introspection and the plight of the homeless, the song is quite ascendant. The most ‘classic’ track on the album, ‘Dignity’ is as good as most of the gentler moments in the history of the band and, indeed, Wilson’s solo career.

‘Herd Culling’ (also released as a single edit) harkens back to the starkly contrasting arrangements of ‘In Absentia.’ Hard, heavy and complex, fans will be well pleased by this sinister sonic revival, which is one of my favorites on the album. The single edit, it must be said, does not fully reveal the song’s potential, while the album version does. It is a lesson in musical collaboration. About a father teaching his son the arts of hunting and property protection with weapons, the music matches the intensity of the lyrics. An ultra-weighty chorus in 11/8 timing will leave you gasping, especially after the false ending. Drummers will no doubt demand a Harrison drum-cam video to try to work out the song’s complex patterns. Barbieri is no less impressive, providing tasteful arpeggios that sit beautifully against Wilson’s gargantuan guitar riffs. It is never easy to repeat greatness, but in ‘Herd Culling,’ the band does just that without being self-plagiarizing. It shows how outrageously prolific Steven Wilson is as a composer, especially when he pursues the path of collaboration.

By now more than mid-way through the album, ‘Walk the Plank’ is a less than interesting piece of psychedelia that provides a hypnotic interlude from the complexity of the rest of the album. About drowning, it is horrifyingly dark and gloomy. Certainly not the strongest track on the album, it is still fairly entrancing. Fans of earlier ambient Porcupine Tree may enjoy it.

The standard album closes with the brilliant ‘Chimera’s Wreck’ – a full-on ten-minute progressive extravaganza that reminds us of the immense Prog credentials of these musicians. It is sad and melancholy, but it is mighty indeed. Beginning with a slow-moving refrain, the song’s title is about a single organism that is made up of cells from two or more individuals – a perfectly apposite theme that is conferred by Wilson. The song gradually builds, with Barbieri and Harrison joining at just the right moments until, not so gradually, it becomes a Prog-metal epic that will have you banging your head in your living room. There is a wah-wah guitar solo, a keyboard/guitar intermezzo, odd-time vocals and furiously frantic footwork from Harrison, climaxing in one of the most progressive, stabbing crescendos that you have ever heard. An absolute thrill-ride, this piece can properly be described as a veritable 21st Century Prog epic.

In true Porcupine Tree fashion, there are three bonus tracks on the album: the precise, complex and appropriately titled instrumental ‘Population Three,’ the lyrically intense ‘Never Had’ and the beautiful ‘Love in the Past Tense.’ These bonus tracks show the spirit of collaboration that truly permeates (as opposed to ‘permanates’) this entire album. At the close of the penultimate track, just when you thought it might be over, the band packs in one last piece of heavenly joy with ‘Love in the Past Tense.’ The last track makes a huge melodic statement and could well be my favorite recent lament of the heart, with a haunting and ethereal mandolin melody delivered in a genuinely progressive style. It also includes some affirmatively competent and complex bass-lines from Wilson. ‘Love in the Past Tense’ could also be described as ‘The Richard Barbieri Show’ due to the spectacularly haunting soundscapes that the latter provides. There should be a spotlight on Barbieri if and when this one is played live. One does not wish to personalize an album review, but seems as though the main lyricist has a less cynical view of affairs of the heart these days, and is able to gaze back on retrospective relationships with a more philosophical outlook. The best possible ending to a magnificent album, you will adore ‘Love in the Past Tense.’

All three members clearly proffer their maximum levels of creativity in the bonus tracks (which are most certainly not filler material), as much as they do in the rest of the album. No-one plays poly-rhythms quite like Harrison, but no-one provides a platform quite like Wilson on which to do so. Similarly, Barbieri’s unique soundscapes only find this particular life and home in compositions that were co-created by Wilson and Harrison. It is a unique combination. Clearly a joint effort, the resulting sound is traditional and yet somehow refreshed at the same time. Old fans will be more than satisfied and new fans will easily be garnered.

The album’s production is by no means ambivalent, contrary to its title. It is forthright, crystal clear and gutsy throughout. Wilson has favored the lead vocal in the mix, but not at the expense of the instruments, which are all beautifully separated and sonically profound, never losing one iota of the subtleties of the performances. Wilson is not known as one of the world’s greatest producers for nothing, and the reasons are copiously present on this album.

‘Closure/Continuation’ was always going to be a challenging album to create, by virtue of the vast expectation surrounding it, and the very fact that it has been twelve years coming to one of the most demanding audiences in the world. It is an important album that honors the past and, hopefully, augurs for the future. Does it deliver? Most certainly. Is it ‘In Absentia?’ Not quite, but no-one really expected that. All the required elements of Porcupine Tree music are present, but there is an additional sharpness to the album, which declares that the twelve-year hiatus was appropriate, and perhaps even necessary. Heavy as a steel yoke yet singularly sonorous, the album almost has a split personality, and I mean that in the best possible sense. If schizophrenia were somehow to be transformed into a collection of brilliant music, this would be it.

The dichotomy between the notions of ceasing to make music together and continuing to do so, creates an effective tension that positively impacts the music on ‘Closure/Continuation.’ Wilson is a brilliant solo artist, Harrison is a prominent force in The Pineapple Thief and King Crimson and Barbieri is excellent in whatever other projects he undertakes. However, there is a very special extra magic that happens exclusively when these three musicians get together – a magic that can only be described as Porcupine Tree. The tracks sing and they pound; they surprise and they fulfill; they flirt and they embrace; they threaten and they reassure. Above all, they provide a variation through co-operation that is quite astounding. Comprising ten songs of extreme contrast and deep divergence, the album’s title says it all. While consistently excellent, ‘Closure/Continuation’ is indeed a dichotomy and, quite intentionally, a conundrum. If you are one of the millions of existing fans of Porcupine Tree, you will not be disappointed. If you are a new follower, welcome to the club – this dichotomy has legs, and it would be a great pity if the second word in the album’s title did not become an ongoing reality beyond this point. There are some split personalities that the world absolutely needs, and this is one of them.

The deluxe editions of the album also come with the following bonus tracks:
1. Population Three
2. Never Have
3. Love In The Past Tense