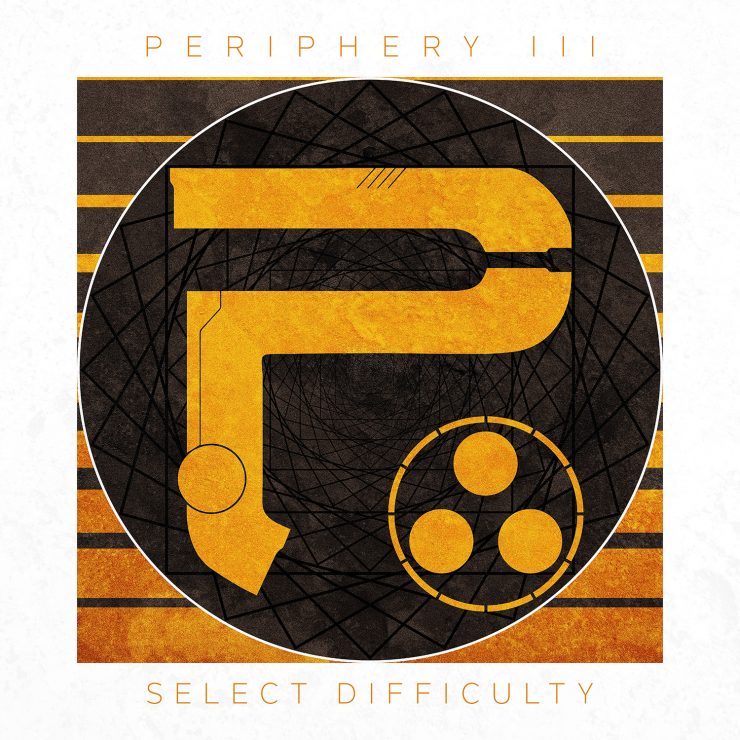 Review of Periphery III: Select Difficulty out on July 22nd, 2016

Balancing commercial success with the critical demands of a loyal fan base is the welcome challenge many bands hope to face.  Such is the dilemma for Periphery who find themselves at the top of the Progressive Metal world, coming off 2 albums that simultaneously debuted in the Billboard Albums chart in the Top 20 a year ago.  The group have inched away with each release from the scream vocals, but never too dramatically, which has kept the hardcore fans as loyal as ever.  However, the band clearly want to grow as a group and set themselves apart from their peers. With Periphery III: Select Difficulty, the group find the perfect balance, breaking through genre barriers but never losing themselves.  The result is perhaps their most enjoyable and fulfilling album.

For anyone reading this and then listening to the opening track “The Price is Wrong”, the thought might be, this reviewer could not be more wrong.  In fact, this opening track, sounds as heavy and full of screams and insane drumming as anything the band has ever done.  Yes, this can be said, and perhaps even with the following track “Motormouth”.  The band have said in early press releases, that they wanted to come out first with something really heavy and intense to kick of the album.  These 2 songs certainly fit that criteria.  Lead vocalist Spencer Sotelo is as powerful and full of rage, while drummer Matt Halpern, finds himself in fine form, matching the syncopated guitars of Misha Mansoor and bassist Nolly, beat for beat.

The real highlights start with the explosive 3rd track, “Marigold”, which might be the finest track the band have recorded in years.  Somehow, the band finds melodies where they never had before.  The chorus is glorious, replete with memorable lyrics and a choir to add that extra element.  The verses contain a blistering guitar attack from the trio of Mansoor, Jake Bowen and Mark Holcomb, while Spencer’s vocals find him excelling in way he simply hasn’t reached before.  Add the symphony of violins and you have a splendid Prog Metal tour de force.

From here the band continue to showcase more eclectic material.  “The Way the News Goes” kicks off with an exquisite clean guitar riff, and combines super-speed blast beat drums with a harmony chorus that is actually worthy of a sing-along; Another winner.  The next track “Remain Indoors” is a longer epic number, while a killer breakdown in the middle section.

Other highlights include the more Periphery-esque sounding “Flatline”, the bass-led 7 minute track “Absolomb” and the pure pop-metal jaunt of “Catch Fire” which might qualify a bona fide love song here.  There is certainly no lack of diversity here among these group of songs.  Yet, the band take one more swing at a metal track with “Prayer Position” before ending with the epic power ballad “Lune” which finds builds from calm to storm in brilliant fashion.

While the band had tried to expand on their sound with the Juggernaut albums, there was too much music and not all of it was as approachable as this concise collection.  The band show immense growth here and make their claim as much more than another metal band that screams in each chorus.  If you love the band before, there is plenty here to be in awe of.  If you never took to them with their previous efforts, this is the album that will turn you into a fan.  You might just have to start on the track 3.