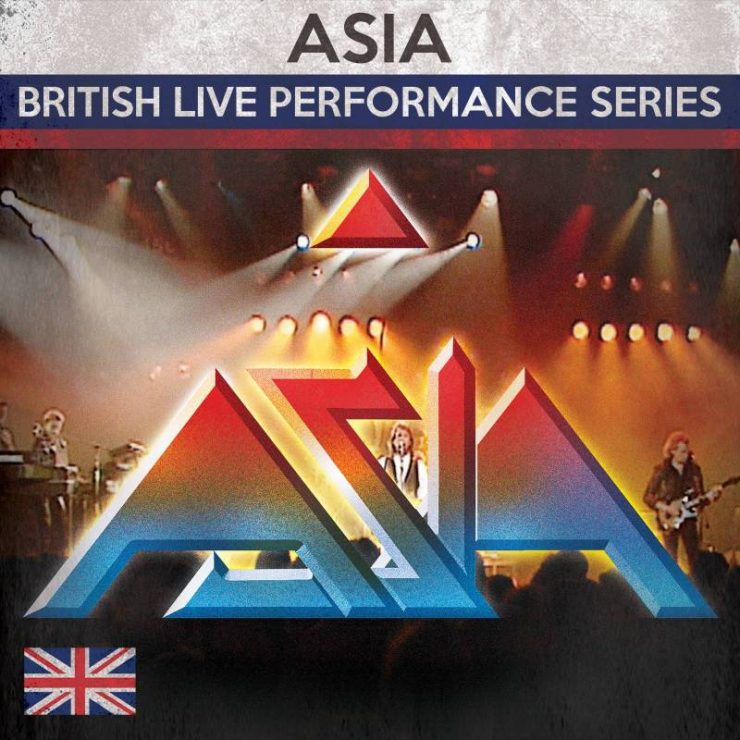 Asia are one of the all-time great supergroups having achieved huge multi-platinum success with their self-titled debut album. Hits like “Heat of the Moment” and “Only Time Will Tell” are still songs played all over classic rock radio today.  Following their initial success, the band went through some turmoil with members coming and going. Original guitarist Steve Howe left prior to the 3rd album, Astra, which also saw the band’s popularity on radio fade.  However, the band would carry on and maintain their excellence as a live group.  The British Live Performance Series collection captures the band back from a few shows in 1990, recorded at the Moscow Olympijski Stadium, with 3 of the core members, John Wetton (vocals/bass), Geoff Downes (keys), Carl Palmer (drums), along with new guitarist Pat Thrall.

The band pull songs from their first 3 albums as well as the half-greatest hits, half-new songs collection ‘Then & Now’ that was released shortly after the ‘Astra’ album.  The band kick things off with a pair of classics from the debut album, “Wildest Dreams” and “Sole Survivor” before jumping into “Don’t Cry” the single from their sophomore album ‘Alpha’.

John Wetton hits all the notes in stride as he has always been known to do and he carries each track flawlessly. Guitarist Pat Thrall does not fill the space as Steve Howe did, but still carries the tunes nicely.  Lesser know tracks like “Voice of America” and “Go” from ‘Astra’ and “Praying for a Miracle” from ‘Then & Now’ are highlights for hardcore fans, as those are songs that the band do not typically perform anymore, but work nicely in the set.

Carl Palmer and Geoff Downes are solid throughout, especially on the hits, “Sole Survivor”, “Only Time Will Tell” and the #1 hit “Heat of the Moment”.  While the audience crowd noise is less audible than on most live cds, the performances still make this a valued item for any Asia fan.