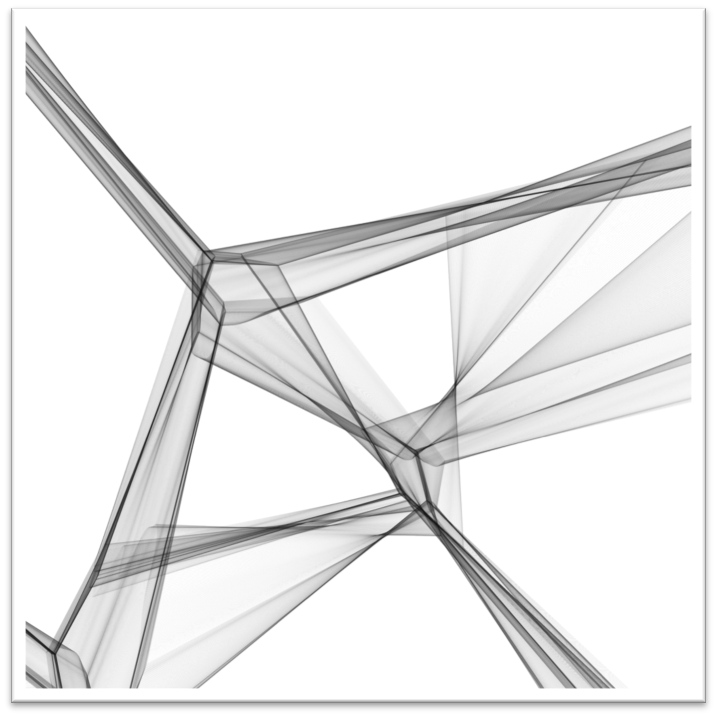 Formed in Los Angeles in 2012, Perfect Beings made waves across the progressive rock community with their first two eponymous discs—2014’s I and 2015’s II. Filled with delightfully catchy yet multifaceted vocal arrangements and a fine mixture of modern sleekness and retro sophistication (courtesy of influences like Yes, Pink Floyd, Soft Machine, and Peter Gabriel), the pair felt very much like two halves of a highly distinctive statement (hence the similar titles and covers).

It’s quite surprising, then, that the group has shifted gears substantially for their latest outing, Vier. While elements of their prior sound clearly remain, this third collection—broken into four lengthy suites—is far dreamier, sparser, and more unconventional, with “an increased use of brass and woodwind instruments, adding contemporary classical and jazz-rock overtones.” In addition, Vier is the quartet’s first record on InsideOut Music and without original drummer Dicki Fliszar (instead, Ben Levin, who has since left as well, appears). All in all, the album is a good example of how to mix bold techniques within an established identity (including “odd time signatures, avant-garde poetry, and symphonic mysticism”) to yield something surprising. It’s a slightly divisive record for sure, but one whose ambition, bravery, and steadiness must be admired.

The first sequence, “Guedra,” opens with tight, shimmering harmonies that hypnotize alongside peculiar percussion and bass complements. Before long, a horn solo adds flair before a tranquil deviation—highlighted by angelic chants, inventive syncopation, and numinous guitar riffs—coats the soundscape. It’s a very engaging, curious, and glittery entry point, and fortunately, the remaining selections maintain the intrigue. In particular, “The Blue Lake of Understanding” incorporates periodic piano chords to add dimension to its unpredictable and dynamic charm, while “Patience” captures the bouncy directness of the prior Perfect Beings LPs and “Enter the Center” brings things full circle by basking refences to “Guedra” in warm, tribal serenity.

Next comes “The Golden Arc,” a simultaneously quieter and more eccentric chunk overall. For instance, “The Persimmon Tree” evokes the calm lusciousness of King Crimson’s Islands, whereas “Turn the World Off” seizes the gruff, avant-garde jazz-fusion of successor Larks Tongues in Aspic (plus various Mahavishnu Orchestra gems). The penultimate “America” lures you in with a recurring piano pattern, six-string wails, and delicate choral conclusions that provide a striking contrast to the orchestral/stadium rock robustness of “For a Pound of Flesh.” It’s a thrilling ride in and of itself.

“Vibrational” follows with swirling organ and gongs that produce plenty of pathos as they bleed into moving electronic loops and industrial interruptions. Near the end, Eno-esque effects conjure Genesis’ The Lamb Lies Down on Broadway as acoustic guitar strums accompany singer Ryan Hurtgen’s silky reflections. This synthy personality is kept throughout the passage via the forlorn beats and verses of “Mysteries, Not Answers,” the explosive—and marginally terrifying—sheen of “Everywhere at Once,“ and the intangible quietude of “Insomnia.” Really, “Vibrational” may be the most richly emotional part of Vier.

Perfect Beings really find their progressive rock footing with “Anunnaki.” Be it the frantic instrumentation that guides “Lord Wind,” the bustling edge of “Patterns of Light,” the endearing majesty and quirkiness of “A Compromise,” or the colorful closure (and ingenious continuity) instigated by the final duo—“Hissing the Wave of the Dragon” and “Everything’s Falling Apart”—there’s no doubt that this last suite is the most diverse and adventurous of them all. In a way, it encapsulates every facet of Perfect Beings’ expansive palette.

Vier is a fascinating work. Not only does it possess astounding variety and scope internally, but it also expands the group’s formula in stunning ways. In other words, there’s a clear reason this wasn’t called Perfect Beings III, as it markedly seems like the effort of an entirely different artist. That’s not to say that it feels out of place in the band’s discography (it doesn’t) but rather that it finds the quartet pushing themselves more than you might expect in terms of textures, styles, and ideas. As a result, it’s a captivating, poignant, and eclectic journey from start to finish.