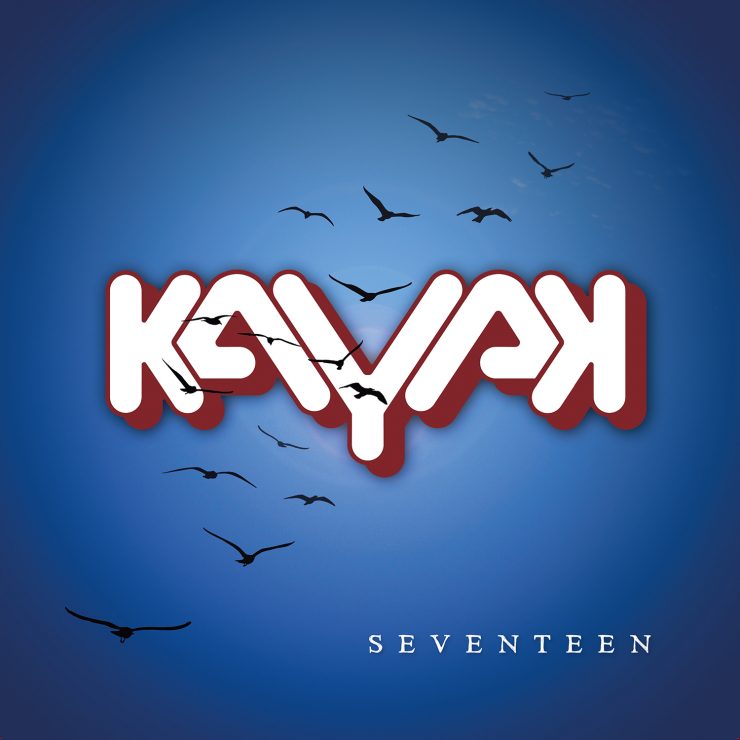 You might think you haven’t heard Kayak before, but after one listen to Seventeen the music will feel utterly familiar. The album sounds designed for the heyday of 70’s FM, its thoroughgoing melodicism evoking the fun and excitement of hearing songs like “Roundabout,” “Dancing Queen,” and “Bat Out Of Hell” in succession on the radio. Ton Scherpenzeel & Co. pack Seventeen chock full of hooks and melodies, every track a potential single, every one feeling familiar without sounding hackneyed.

The opening piano chords and guitar licks of “Somebody” make it clear that Kayak have a clear handle on writing bombastic, fun classic rock. The vocal harmonies, prominent piano, and theatrical tone recall mid-70’s Queen and late-70’s Jim Steinman/Meatloaf; the next song, “La Peregrina,” deftly integrates these approaches with flashes of orchestral The Alan Parsons Project and a nod toward riffy Rush—it’s big, it’s over the top, but it succeeds for this very reason. All three longer songs on the album—”La Peregrina,” “Walk Through Fire,” and “Cracks”—feature big keys, big vocals, and big concepts that tend theatrical, but Kayak keeps them focused and melodic. The longer tracks are every bit as accessible and hook-laden as the 3 minute numbers surrounding them. While virtuosity and technical precision are on display, this is an album of songs and not merely epic compositions. This is exemplified on “Cracks,” which balances narrative storytelling, orchestration, grooving bass, and piercing guitar leads with a sing-along chorus.

Melodic pop sensibilities notwithstanding, Seventeen is thematically a series of reflections on past loss (“La Peregrina,” “Falling”) and future troubles (“Feathers and Tar,” “Cracks,” “To An End”). Like Jeff Lynne, Kayak seem to have a knack for writing upbeat songs that make you feel happy to feel sad. Lead vocalist Bart Scwertmann carries these sentiments powerfully, at times evoking the more AOR side of Steve Walsh, as on power ballad “All I Want,” at other times leaning into the more forceful side of Graham Bonnet, as on progressive rocker “Walk Through Fire.” The keys and vocals stay way out front in the mix throughout the album, while guitarist Marcel Singor soars his leads over top. The rhythm section alternates between a more distant space in the 70’s melodic pop sounds and ferocious immediacy in the album’s more classic rock moments. In all, this is a very progressive pop/theatrical AOR sounding album, which well suits the presentation of its songs.

The contemporary Prog scene needs more albums like Kayak’s Seventeen, albums that showcase songcraft, melodic hooks, and the fun of classic rock radio without sacrificing thematic substance. Though Kayak has been around in various forms since the early 70’s, this is far from a legacy album; indeed, with a completely new line-up accompanying founding member Scherpenzeel, it’s a promising debut that hopefully will serve as the beginning of a new legacy for this band. If you wished Steven Wilson’s To The Bone was even poppier or are intrigued by the idea of a Jim Steinman/Alan Parsons collaboration, put Kayak’s Seventeen at the top of your listening pile.

Kayak launch video for ‘Mystery’, first single taken from ‘Out Of This World’

Kayak announce new studio album ‘Out Of This World’