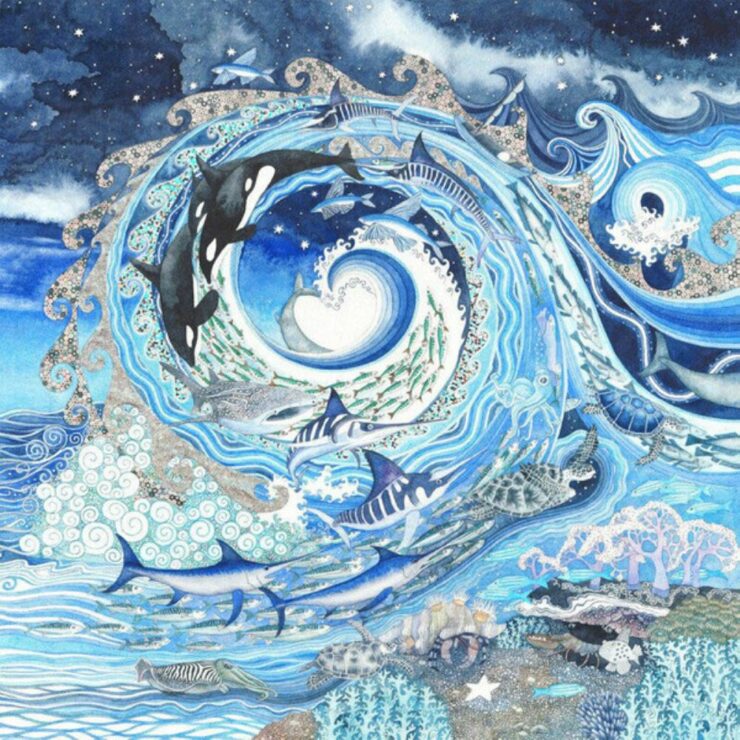 Review of the Pendragon album – Love Over Fear.

Long running prog rock group Pendragon are back with their first studio album since 2014’s Men Who Climb Mountains, with Love Over Fear. The album finds the group at their progressive finest with a diverse and captivating collection of songs that combine heartfelt lyrics and gorgeous melodies. For fans not familiar with the group with a 40+ year history, this is not far from the style of music that fans of classic Genesis, or even later Marillion and IQ albums, would enjoy. And for long-time fans, this is a wonder to listen to and one of standout albums in this early part of 2020.

The album kicks off with an almost gameshow/circus parade style opening in the track “Everything” before immediately shifting gears seconds into the song and turning into a more immediate rock-friendly sound. The vocal harmonies in the verses along with the breathtaking guitar solo makes this a perfect way to start the proceedings. The next track “Starfish and the Moon” is a beautiful piano based ballad that acts almost as a transition before the “Truth and Lies” the more ominous third track. The second half of the track features a tremendous guitar break from lead singer and guitarist Nick Barrett.

There are some surprises as the tracks move on such as the folky “360 Degrees” which is a thoroughly enjoyable number played on a mandolin with violins in the accompaniment. The next pair of songs are two of the best on the album with “Soul and the Sea” and the epic “Eternal Light”, a song that goes through twists and turns before reaching a brilliant climax. Meanwhile, the albums longest track at nearly 9 minutes is the penultimate “Who Really Are We?”, another tour de force performance from the band on this album.

It is hard to imagine a band that has been at it this long releasing an album this good, but Pendragon have done it. Add ‘Love Over Fear’ to the already long list of excellent releases in the first quarter of 2020.

Released on Feb 14th, 2020
Key Tracks: Everything, Soul and the Sea, Eternal Light