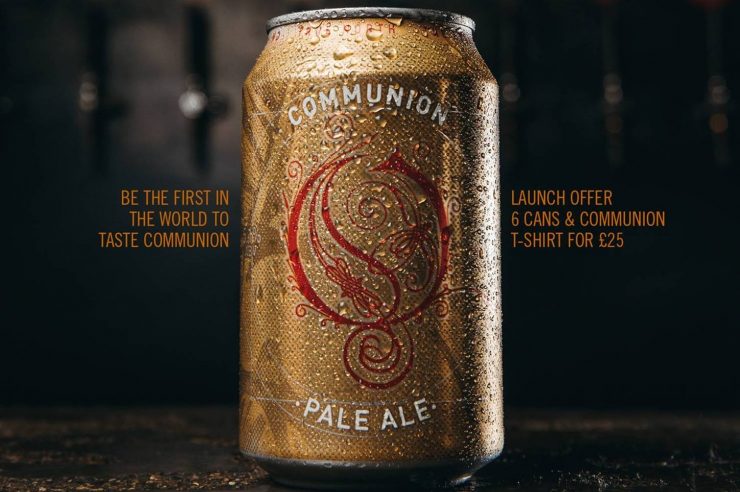 The C.P.A. will be launched next week April 22nd

Opeth are proud to announce the launch of their very own ‘Communion Pale Ale’ along with their friends at NORTHERN MONK BREW Co.! The Imperial Stout was a great success but being beer lovers Opeth also called for a finely tuned Pale Ale to top it off.

The C.P.A. will be launched next week April 22nd at the Northern Monk refectory starting 6pm until late and will be hosted by our very own Fredrik Akesson who will be DJ-ing some metal tunes to accompany the drinking. Entrance is free of charge and a 6-pack of C.P.A. together with an exclusive t-shirt will be available for 25 GBP.

The ‘Communion Pale Ale’ will initially only be available in the UK but Northern Monk Brew Co will be distributing it in 12 other countries over the next couple of months and it will be rolled out globally in time. Please note this is not a limited edition beer like the ‘XXV Anniversary Stout’ so there will be plenty available.

If you’re based in the UK you can order online direct from Northern Monk Brew Co – http://www.northernmonkbrewco.com/opeth

If you’re in the Leeds area you can visit the brewery and their tap room and pick up some beer in person – Northern Monk, The Old Flax Store, Marshalls Hill, Holbeck, LS11 9YJ. 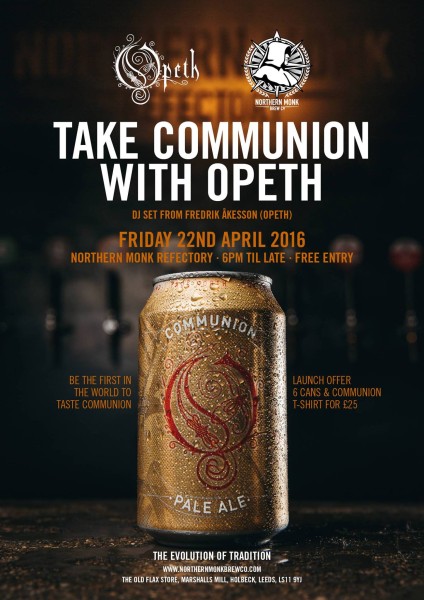