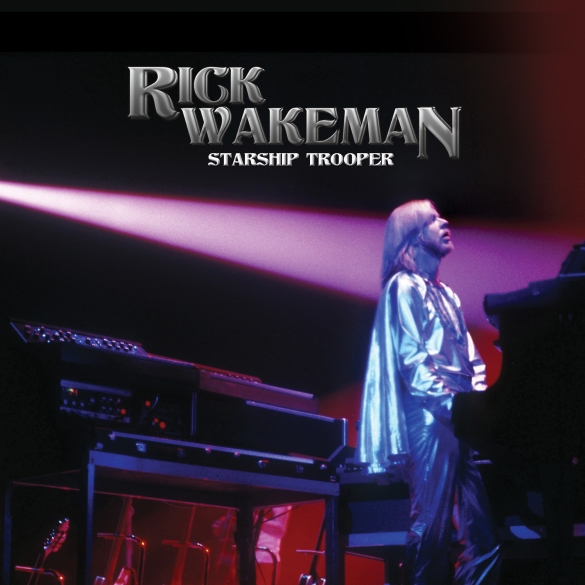 On April 15th Purple Pyramid records will be releasing an out of this world collection of extraordinary performances by legendary YES keyboardist Rick Wakeman! For more than four decades Rick Wakeman has established himself as a visionary showman without peer, the creator of some of the most extravagant performances, breathtaking soloing and imaginative passages ever preserved on record, or executed on stage.

“Over the last few years I have performed on many tracks as a ‘guest’ but never before has anybody put some of the best of those I played on into a compilation. It’s always challenging to be involved in tracks of other people’s music and other people’s arrangements as it often makes you think and play differently and certainly on many of these tracks I play in quite an unexpected way, but there again, much of my life has been pretty unexpected anyway!” – Rick Wakeman

The liner notes were written by modern rock scholar Dave Thompson, who says of Rick Wakeman, “This most personable of superstars has made inroads into the worlds of journalism, broadcasting and acting – professions which his eye for spectacle, story telling and stylishness might well have made inevitable all along. But he also happens to be among the most gifted, visionary and brilliant performers his chosen instruments have seen.”

2. Are We To Believe

6. Crime Of The Century

7. The Great Gig In The Sky