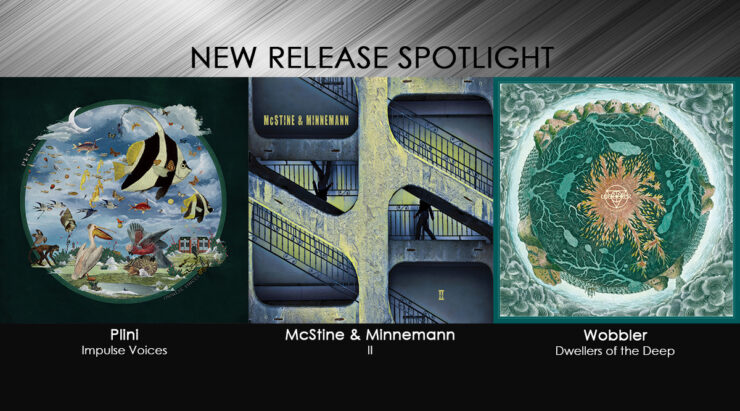 Impulse Voices is the sophomore record from instrumental solo artist Plini.  Over the last few years, few guitarists have grown in popularity as much as Plini, who has proven the ability to capture not only the prog audience but the general rock fan as well, even touring with bands like Periphery. On his new album, he continues to build on his stellar debut.  The music never gets too heavy, but rather stays in a mid-tempo lane, even getting jazzy at times, while his brilliant fretwork shines.  There are plenty of great melodies mixed in as well. One highlight in particular is the djent-influenced “Pan.” This is an album that is both interesting and entertaining and proves why is one of the rising stars in the guitar landscape.  Impulse Voices was mixed and co-produced by Simon Grove, with artwork designed by long-time collaborator Alex Pryle. The album features Chris Allison on drums, Simon Grove on bass, with guest contributions from Dave Mackay on piano & synthesizer, John Waugh on saxophone, Amy Turk on electro-acoustic harp, and additional production from Devesh Dayal (Skyharbor) & Aleksandra Djelmash.

Randy McStine and Marco Minnemann are certainly no strangers to releasing a lot of music in a short period of time.  The duo do it again with ‘II’ the quickly produced follow-up album to their self-titled debut which was released just earlier this summer.  While that album was well received and a fun listen, this album is definitely a step up.  There are some really surprising twists and turns along the 16 tracks, with a ton of experimental vocal harmonies, rhythms and styles mixed in throughout.  The lyrics are entertaining as well such as in “Girls at the Gig” or “Quarantine Sex Slave.”  These two musicians are as talented as they come and this is a really surprising and entertaining album to listen to.

Wobbler are the underrated darlings of the prog world, creating albums that could truly have existed in an earlier time.  On their latest album, the group once again channel the classic prog era with 4 bold tracks that include a 13-minute track, and a 19-minute epic closing track that will have any prog loyalist bowing in appreciation. From the band’s press release, they describe lyrical themes on the album as dealing with “human emotion, and the ongoing struggle between juxtaposed forces within the psyche.” While the music never sounds too dark, there are darker elements mixed in along with brilliant instrumentation thought-provoking lyrics and melodies.  Long-time fans will love this one, while new fans might become followers after listening.