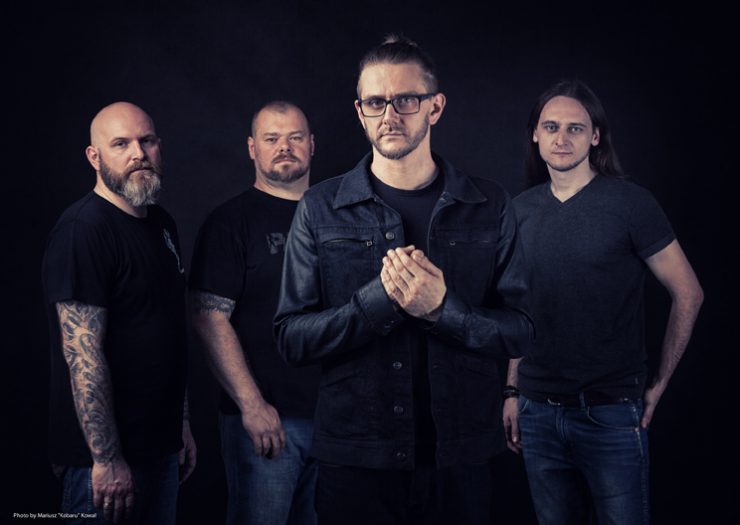 A look at some of the softer moments of the group Riverside.

Riverside recently released the first single from their 7th studio album, Wasteland. While each album has elements of hard rock and metal, the band has always had a few softer moments on their albums that have stood out, even from the beginning.  So while many top songs lists for the band usually feature the longer, more complex songs, we thought let’s examine the softer side of this interesting and always surprising group. Wasteland is out on September 28th, 2018.

Conceiving You (From the album Second Life Syndrome)
This ballad, from what many longtime Riverside fans consider their best album, is quite simply one of the best songs in the band’s catalog. It encapsulates the group’s use of melody and style in a exquisite 3 minute package and remains a staple in their live shows.

We Got Used To Us (From the album Shrine of New Generation Slaves)
Another song that has remained in the live set, this is a haunting song about loss that is very much a centerpiece track on the their successful 2013 album.

OK (From the album Out of Myself)
The closing track from the band’s debut album is a slow, moody song that has a strong Peter Gabriel influence. The song does not stray from its dragging tempo feel, but makes for a great ending to a spectacular album.

Embryonic (From the album Rapid Eye Movement)
This ballad is a mostly acoustic track from an album that infused a lot of guitars and some electronic moments. It perhaps gave a glimpse into what the band might do in the future, as on the new album.

Time Travellers (From the album Love, Fear and The Time Machine)
The most recent studio album from the band was more on the mellow-side and featured a few “ballad”-like moments. This track is probably the most interesting lyrically, as it wonders about what it might be to go back in time.