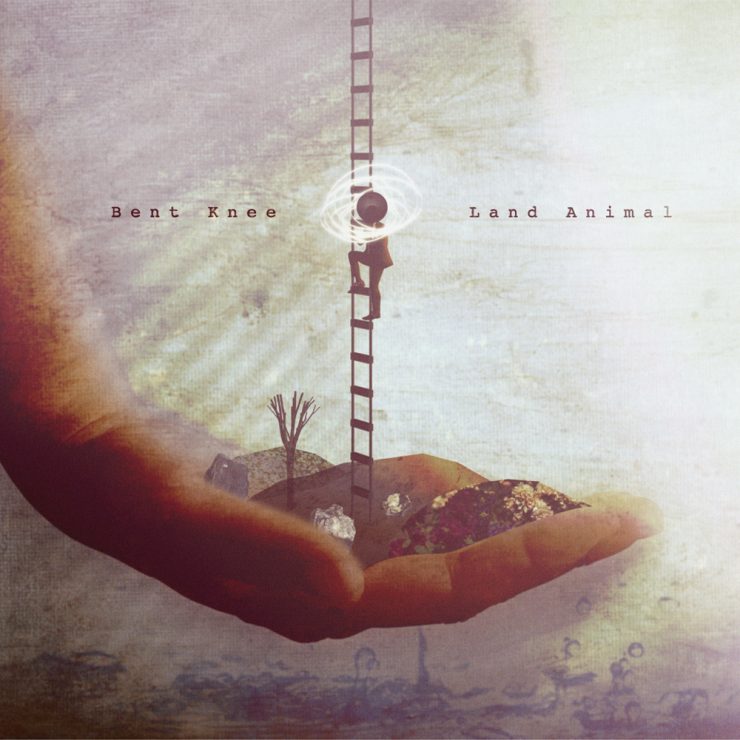 Review of the new Bent Knee album, Land Animal, released on June 23rd, 2017 on Inside Out Music

If you’re already ‘in the know’ about Bent Knee, we can make this review short and sweet: ‘Land Animal’ is even better than what you’ve heard before. For all other interested parties, here’s a more detailed attempt to get you ‘in the know’.

Bent Knee are rightly labeled as Avante-Garde and Progressive, but note that those designators refer more to a musical attitude than to a particular set of sounds and structures. That’s good, because the band’s fourth album and first for InsideOut Music, ‘Land Animal’, obliterates any attempt to nail their sounds and structures down too firmly. As lead vocalist and keyboardist Courtney Swain explained to The Prog Report, all six band members have input to the final compositions, with individual bits combined with others’ bits in a manner vaguely reminiscent of a ‘Prog epic’ but with far more conciseness. The result is lots of rhythmic changes, but with a very different feel from tech metal. The drums and bass actually roll through the changes quite smoothly most of the time, while the guitar and vocals punctuate the tempo feints and jukes with frequently angular and staccato bursts. There are elements of indie rock, post-rock, funk, and electronic-ambient, but no one influence takes hold for long before another comes to the forefront.

Album opener “Terror Bird” might sound almost familiar and comforting in its opening moments. To dispel all illusion, the band pitch their first rhythmic changeup 40 seconds in; cliché or no, “expect the unexpected” could well serve as the marketing slogan for this square peg of an album. Thematically, though, this song rolls out a preliminary template developed across the following nine tracks on ‘Land Animals’, encompassing such Heideggerian touchstones as anxiety, the solitariness of existence, and the alienating effect of technological modernity. Bent Knee surprise and delight with unfaltering deftness in their musical handling of these heavy lyrical loads.

While the entire album is brilliant, “Holy Ghost” stands out as a truly special, career-defining moment. The vanguard of subdued programming/atmosphere from ‘sound designer’ Vince Welch and the plucked violin give way to delightfully punchy and nimble lines from bassist Jessica Kion as the entire band exercise their funkiest, most soulful muscles. Here as always, lead vocalist Courtney Swain is a force. If we were to match her voice with its spirit animal, it would have to be a dragon: lithe, high-flying, presenting myriad light-bending scales but also possessing a soft underbelly, sometimes roaring flames but other times softly exhaling vaporous mists. In other words, she will command your attention and hold it fast both on this song and through every serpentine movement of the album’s ten tracks. As a conscientious and measured reviewer, I have no fear of over-enthusing when I say that this is one of the best songs of 2017 and is deserving of a nomination in the ‘Anthem’ category at the next Progressive Music Awards.

The album’s centrepiece and namesake, the song “Land Animal” features lush, cinematic string washes that alternately reinforce the dark apprehension of the song’s beginning moments and the quieter, mournful interlude that builds into resigned defiance by the movement’s end. This title track plays its role exceptionally well, encapsulating the album in its rhythmic wanderlust, juxtaposition of emotionally heavy and playful moods, and full arrangements that nevertheless give each instrument sufficient space to assert itself. It’s at once relatively accessible and surprisingly multifaceted. But it’s only a left turn or half a dozen from the upbeat and labyrinthine “Time Deer,” on which Ben Levin’s guitar plays nearly as much of a percussive role as drummer Gavin Wallace-Ailsworth’s rolling kit work, except when it matches the keys for expressive texture or Chris Baum’s violin for lilting leads. Levin is clearly capable of show-off shredding and crunchy riffs, but chooses for the most part to play anything and everything else, weaving complex rhythmic webs in and around his bandmates’ contributions. It is to Bent Knee’s great credit that their intricate arrangements and performances never sound like they’re fishing for compliments, though they are fully deserving.

All its strengths notwithstanding, ‘Land Animal’ may require a bit of upfront commitment from the listener. In this reviewer’s experience, the first few listens prompted the question “What is this hipster nonsense?” The next few listens, “Is this hipster nonsense?” But by the tenth or so play-through of the album, I was convinced that Bent Knee are one of the coolest things happening in American rock today, within or without the progressive sphere. This band takes the listener on an expansive journey across ever-shifting and frequently unexpected terrain; at no point within the album or even within any individual song can one render a final judgment on the experience. Take it all in; take it all in several times, then see whether you’ve been taken in to what will surely be a rapidly expanding fanbase. For those who prefer their music progressive in spirit and not just in genre, ‘Land Animal’ is an exhilarating gust of fresh air.