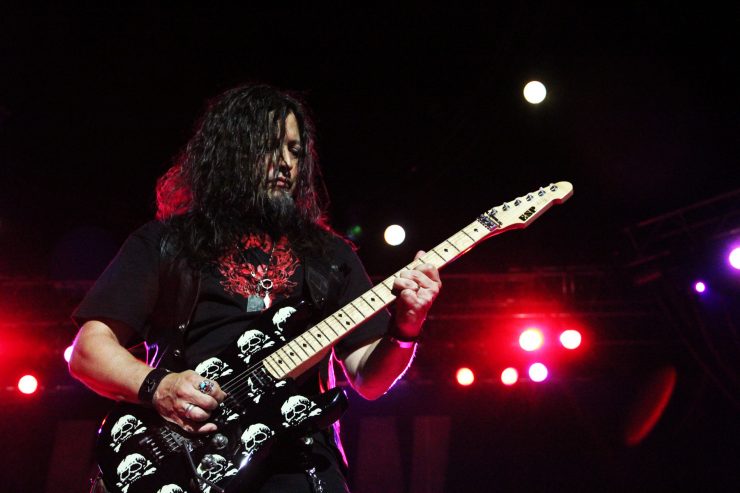 As recently stated in a band press release:

Below is an excerpt from the interview.  For the full audio interview click the link below or download the podcast on iTunes.

I saw a video where you were playing with Chris DeGarmo and a few other guys at halftime of a Seattle Seahawks game a few years ago. What was that about? How did it come together?

Chris called me up and he said him and Mike Inez from Alice in Chains and a couple of guys were contacted by this producer in Los Angeles who said “I’m putting together a halftime show for the Seattle Seahawks game against the New Orleans Saints” and so we just got together, learned their little scripted songs and we had one rehearsal the day before where it rained and it was freezing cold and we had to go out into the middle of the field. Next day it turned out to be a good day, a little cold and we got to jam a song. It was really fun and it was a good chance to be on stage with Chris again.

Was that the first time you had played with him in so many years?

Yes, that’s true. Our families are pretty close and everything but as far as getting on a stage and jamming, it was the first time in years…decades! Get him out of the airline pilot lifestyle and get back to rock.

There was an announcement recently about a settlement where you guys get to keep the Queensrÿche name and perform the full catalog. What can you tell me about that and what does it feel like to get past it at this point?

It’s a step in the right direction. I mean, anytime one is in a lawsuit it’s not the funnest time in their life. Obviously, we learned a lot from it. We’re just happy that we have made this forward progressive step and we’re really happy to start playing as and rebuilding the name . The fans are so happy. It’s hard for anybody to really understand. It’s really a step in a positive direction.

How long was the whole process, about 2 years?

Yes, it was 2 arduous years plus and I guess by these days that’s kind of standard for most lawsuits in business. Its unfortunate that the court systems have to go that way and lawyers are the way they are but that’s the name of the game and you have to play the game… That’s why I’m not a lawyer. That’s why I play guitar.

The support you guys have gotten the new singer and new record and going back to the signature sound, it has to be unparalleled really. What has that meant to you from the fans and feeling that response?

First off, we’ve been doing this for over 30 years so by relaunching the name and going back and playing the classics that everybody has been screaming about and wanting to hear, its been so open arms “please, play those songs”. Finally, we’ve gotten the ability to do that. The dynamic in this band is really supercharged to go out and play and be Queensrÿche .