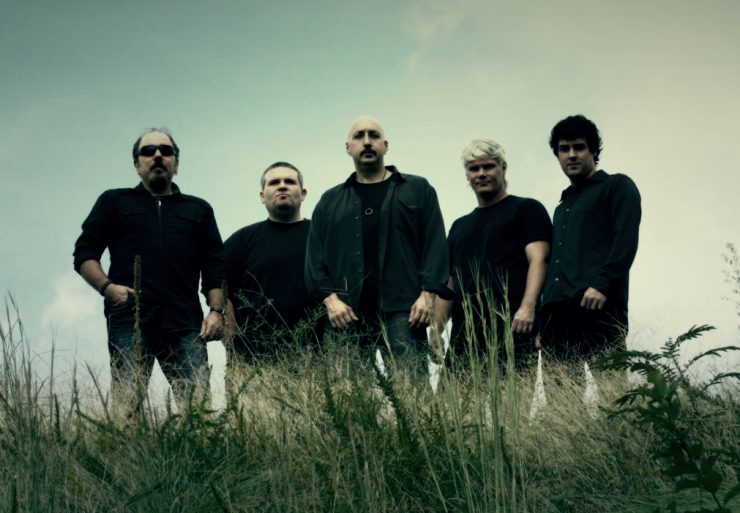 Steve Babb and Fred Schendel from Glass Hammer talk about the current state of the band, the latest album “Ode to Echo” and what its like to be a Prog band in Tennessee.

Below is an excerpt.  For the full audio interview please check out the link below of download the iTunes podcast.

Tell me about the new album “Ode to Echo” which came out earlier this year. How has it been doing?

STEVE: It’s been really really positive for us. IF was kind of a turning point album for us, it was really popular, really fast. Then we kind of settled in with Cor Cordium and Perilous and suddenly we do Ode to Echo and we do it just a little differently, a few different vocalists, a few different ideas and it sort of started over again.

FRED: To me it’s more of a blending of middle period of Glass Hammer and kind of that last trilogy of albums and where we were with those. We’ve actually reached back a little bit more to what we were doing in 2000.

Was going back to an earlier sound influenced by using some of the original singers or was it written first and then you got the singers to come in?

STEVE: Its always been easy for Glass Hammer to add too many vocals, to the point where we’ve had full blown choirs singing with us. So we’ve gone from one singer and a couple of backup singers sound that we did for three albums and we’ve gone back to what we’re pretty good at to begin with which is trying to use a lot of different people and I think it works. Our fans have seemed to jump on it. They really like it. It’s really strange with Glass Hammer. Once we settle into a pattern, they actually become afraid that we’re not gonna change. So when we shifted a little bit they got pretty excited about it.

That must give you guys a lot of freedom to experiment more.

STEVE: Well the thing that’s gone against us for many years is not having that one definable voice. But that’s also the thing that kept it really interesting. We’re not stuck. We’ve got a lot a really incredibly talented singers who appreciate each other and they’re willing to work together and that probably doesn’t happen often. So we’re very fortunate.

Is Jon Davison (singer for YES) still a part of the group moving forward on future albums?

STEVE: Yeah, I think he is. We talked via email a couple of times this week. It’s his intention to stay in the band. I don’t se any way he can perform live with us because they’re busy touring and that’s his job so he’s gotta do that. We’ve got other singers that have families and own businesses. We’ve gotta do things around everybody’s schedule.   It’s always gonna be tough for him. He’ll probably remain part of the studio family and record with us. We hope he gets the chance to do that again.