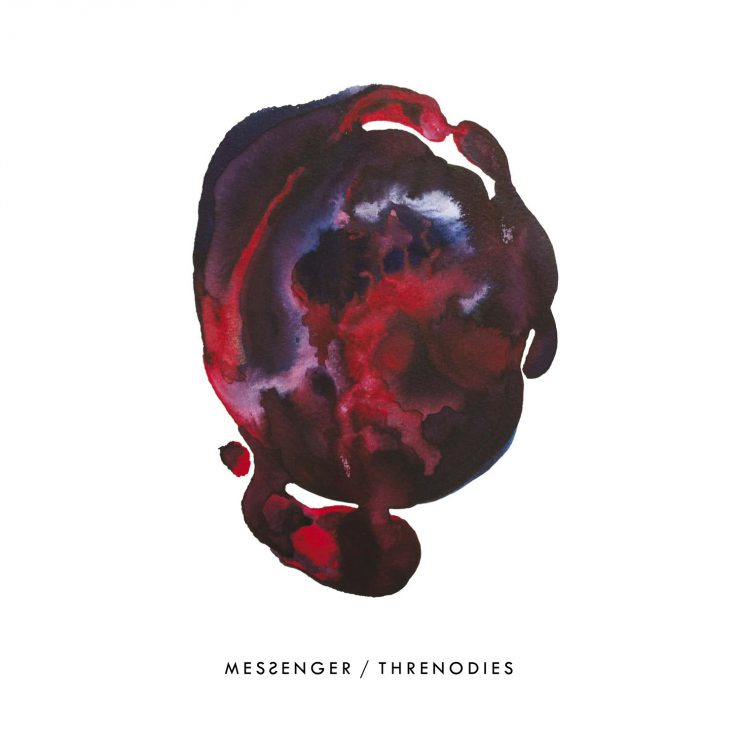 Follow up to ‘Illusory Blues’ out on April 22nd.

For a young band just releasing their second album, Messenger are certainly creating a buzz.

2014 debut album “Illusory Blues” garnered excellent reviews, a Progressive Music Limelight Award, and a Classic Rock Best New Band nomination. The band also attracted the attention of respected Prog label Inside Out Music, who signed them in early 2016. Prog fans, the people who really count, obviously agree. On Cruise to the Edge, for example, there were noticeable amounts of passengers raving about Messenger. Epithets like ‘the best young Prog band in years’ were being thrown around constantly. Try as I might, I could not catch them due to a jam-packed, weather-affected schedule. Now, having now listened to Messenger’s sophomore album ‘Threnodies’, I regret it.

So what’s all the buzz about?

“Illusory Blues” was just as impressive as I expected. But what becomes clear on listening to “Threnodies” is that Messenger is a developing band that is still experimenting, flowering and growing. Bearing in mind their embryonic but significant success and the strength of this album, that’s a frightening thought. They are on a journey of exploration, and a powerful one it is at times. While the debut album was melodic, hazy and folky, this time, the band (without in any way abandoning their melodic inclinations and Folk-prog appeal) clearly had a mission to attempt to explore their heavier and more powerful side; to meld newly-discovered power with established hazy folk melodies and meanders, albeit with caution.

A threnody is a song of mourning, and indeed these songs were in part inspired by the tragic events in Paris. This is somewhat a contra-distinction to the lightness and beauty of the melodies in many places, but the heavier side of the songs, and indeed the extremely prosaic lyrics, draw inspiration from the horrors of Paris and similar atrocities.

First song ‘Calyx’ opens with a languid and dreamy intro and verse that deceptively suggest no significant change in direction for the band. Gradually, however, increasing rhythmic twists usher in the experimentation. It arrives after an impatient Dan Knight keyboard riff that heralds the arrival of a heavier, more urgent side to Messenger. Imagine the soundtrack to deep-sea creature thrashing its way to death in shallow water. The song ends with an anguished guitar note that would better be described as a frequency howl, and it is a clarion call of exploration to come.

Second song ‘Oracles of War’, heavy from the outset, is possibly the most epic track on the album. It starts with a suitably ominous intro that leaves no illusions: this one will be heavy. A little like early Uriah Heep to begin with, there are also Sabbath references. But hazy, dreamy melody returns in the second section, reminding us that the band has not forgotten what got them here. A simple, slow and gorgeous harmony lead solo, drenched in reverb and accompanied with a vocal overlay, brings the song to a grinding end. Power is melded with melody in a new stylistic combination.

‘Belearic Blues’ continues the dreamy mood, and has an intentionally loose and hazy production, entrenching Messenger’s melodic folk-rock profile. Khaled Lowe‘s vocals are pure Pink Floyd, Animals-era (one must believe, unashamedly so). This is not a tribute – it’s an homage to what Floyd might have done if they had gone in a folkier direction. A line of compressed ‘telephone’ vocals appears near the end before the acoustic guitar outro. This type of vocal compression (purportedly first used by The Beatles) is to be heard regularly on the album (clearly drummer/producer Jaime Gomez Arellano enjoys using this and other effects), but some might feel that the vocal effects are a little over-used. Save for that subjective matter of taste, Arellano’s vintage production values are unimpeachable.

Until the fourth track, this album is suitably impressive but not earth-shattering. However, it is in track no 4, ‘Celestial Spheres’, that Messenger takes the album to a new level, making the band a frightening prospect for the future. The intro and verse are undoubtedly reminiscent of Roine Stolt and The Flower Kings (no mean feat), and the throbbing bass build-up is elaborately and deliberately constructed until a series of pregnant Barnaby Maddick guitar riffs force Lowe‘s vocals into a tortured appeal for hope. This is a musical place not before explored by the band. The song contains beautiful chord progressions, guitar harmonics and whiplash keyboards in complex time-signatures. It ends with a huge guitar outro. Messenger clearly understand how to build tension, and expectation – a stand-out track, of which any Prog torch-bearer would be proud.

‘Nocturne’ returns us to dreamier territory, but yet again continues the theme of building gentle melody into a heavier, granite-founded groove. Arellano allows his elaborate drumming to take prevalence in this song’s delivery. Although relating to matters of spirituality, the lyric “All is yet to be revealed” is apposite, bearing in mind the current point in this band’s progression. The vocals soar on this one, and a quirky passage overlayed by Maddick’s tasteful guitar work brings the song to a gentle close, with a final note that rings with pathos.

‘Pareidolia’ (a toss-up with ‘Celestial Spheres’ for the best-constructed song on the album), reinforces the view that The Flower Kings might be one of the band’s influences. This is apparent in the opening verse and the heavier bridge, which is led by James Leach’s massive but nimble bass cuts. However, when the now-familiar hazy acoustic guitar break arrives, Pink Floyd is channeled with absolute intent. The Floyd influence in this band has never been denied, and Messenger does it so well that one can’t help thinking that, since Gilmour and Waters will not be making Animals II any time soon, Messenger may as well traverse that beloved road. Pink Floyd is more of a foundational genre than anything else these days, so this sound is never unwelcome to educated ears, especially when done so well.

Final track ‘Crown of Ashes’ starts with a sumptuous and sweet guitar melody that could have been CSN&Y, but then moves into darker territory with a slow and somewhat mournful verse and chorus, true to the tragic thematic thread in the album. Viola and cello supplement the heartbreaking theme. It is truly a threnody. Yet, towards the end, that sweet, glorious opening guitar riff returns. The lyrics ironically ask ‘Is your path to salvation clearer now?’. The sweetness of the closing melody suggests that for most of us, it is – a gorgeous, perfect end to the album.

Messenger are masters of melody and suspense. The introduction of some heavier and faster passages to the dream-like melodies on this album is not necessarily the stylistic renaissance that some believed it might be, but it is a statement of intent. All in all, ‘Threnodies’, while deeply satisfying, exhibits that there is even more development and experimentation to come from this band (perhaps with more varied production.) If I get the chance, I won’t be missing Messenger live in action again. Awards, reviews and hype aside, this album shows that Messenger are blessed with great substance, and that they will be a dynamic force in Prog.

That’s why there’s a buzz.