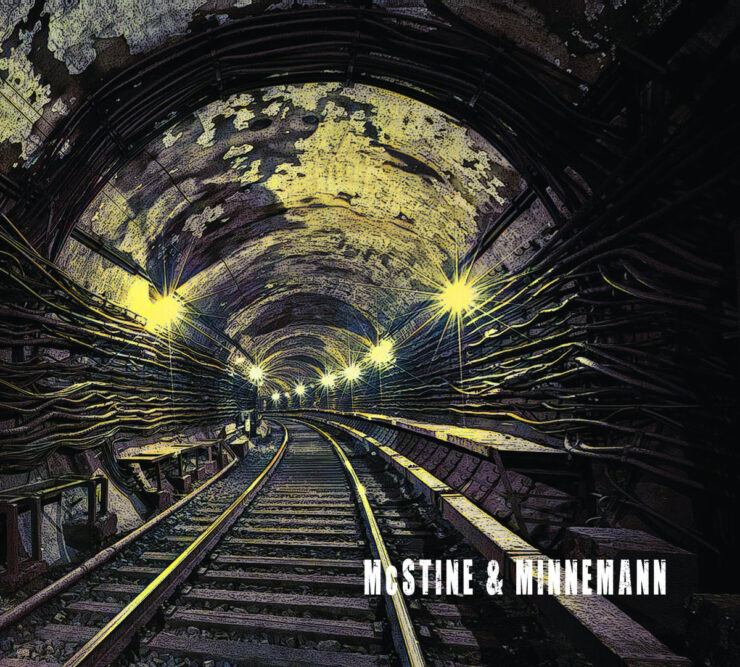 Review of the debut album from Randy McStine and Marco Minnemann.

Two of prog’s most in demand musicians today are drummer extraordinaire Marco Minnemann and guitarist/vocalist Randy McStine.  There is no doubt that if you follow this site or prog rock in general, you are more than familiar with their prolific output in recent years.  In what seems an obvious decision, the two finally got together and have recorded a debut album is McStine and Minnemann. The result is not what you might expect, but it is highly entertaining and full of surprises. Listen to the Prog Report interview with McStine and Minnemann here.

Having worked with a who’s who list of proggers, McStine brings a diverse set of tools to any group setting. A few years ago he released an album with the dynamic trio The Fringe with Jonas Reingold and Nick D’Virgilio and recently was a part of In Continuum, the prog group with Dave Kerzner and of course Mr. Minnemann. He also a number of releases under his own name, including last year’s collection of solo material titled ‘Idle’. Meanwhile, veteran drummer Minnemann has played with everyone from Steven Wilson to Joe Satriani and is part of his own electric trio The Aristocrats with Bryan Beller and Guthrie Govan.   Together, McStine and Minnemann are a formidable pair, make clear the statement that the two of them can produce more than many bands with twice as many members.  Minnemann is as creative, frantic, and yet somehow still controlled, as he is known to be and McStine showcases his guitar and vocals talents effortlessly.

The opening track “Program” sets the tone right away kicking in with an odd guitar riff with McStine singing ontop, while Minnemann plays a slow groove underneath.  The chorus flips the track on its head increasing speed with whiplash-style quickness. Second track “Falling From Grace” is a fast-paced blues track with vocal harmonies leading the charge, while “Your Offenses” brings McStine’s guitar to the forefront and features a brilliant chorus; one the album’s highlights. Other great tracks include the groovy “Catrina”, the haunting “Fly”, and the heavy album closer “Voyager” where Minnemann adds vocals.

McStine and Minnemann continue to prove they are all-stars. Amidst all the concept albums and lengthy songs that dominate prog rock, this set of shorter but highly engaging and entertaining songs definitely has a place to shine.  Find the time to check this one out.

Get the album here: https://mcstineminnemann.bandcamp.com/