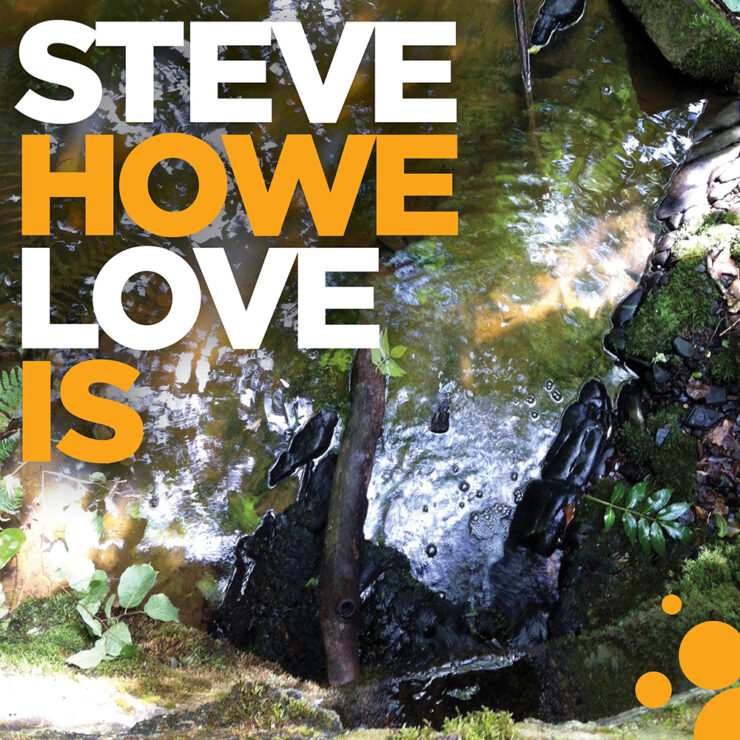 Review of the Steve Howe solo album LOVE IS out on July 31st.

In 1993, I remember purchasing the hardback “Steve Howe Guitar Collection” book, that catalogued and told the story of the many instruments that the Yes/ Asia maestro had used during his career. Some guitarists find the instrument for them, and stick with it – Howe’s career has been based on the variety of guitars he uses, as documented in that book and in his recent autobiography “All My Yesterdays”.

I make this his 12th solo album (if you exclude collaborations, compilations/ archive sets and the incredible Homebrew series), and without exaggeration, I think it could be my favorite (I had written “his best” but I appreciate that’s subjective, even if I think that is the case).

There are many things I love about this album and let me set them out:

– How it is paced – the combination of an instrumental followed by a vocal song means the album has a flow of music and words which fits well with its subject matter… Love – not just romantic love, though that does feature, but love, beauty, ecology, nature and people. Listened to as a whole, it’s a 44 minute meditation on these themes… and just the right length (yes, I’ll say it: old-style album length).

– The soundscape – a key element in the Yes sound has always been how the guitar and keyboards interact and compliment (usually!) each other. But on this album, most of the canvas belongs to Howe’s guitars, and so the artist crafts his portraits using all the colors on his palette. The first track, the instrumental “Fulcrum” is a great example of this. Chiming acoustic guitars are joined by a steel guitar, before the main melody is picked up by an electric, followed by a tremelo guitar… etc. On my first listen to this, I was taking a walk at sunset and the soundscape in my earphones was perfect for the moment.

– The band – of particular interest for Yes fans is the line up on this album. Steve’s son Dylan is a veteran of many of Howe’s solo album, and of course has added to his credentials with a temporary spell as Yes drummer. More surprising, perhaps, is the presence of Yes vocalist of eight years, Jon Davison. While the perpetual line-up debate will probably always rage, I have rarely if ever read any criticism of Davison’s vocal abilities, and so adding his complementary tones to Steve’s in places on the vocal tracks is a really nice touch. It’s not a case of Howe trying to pass himself off as a one-man Yes band, but the vocal combination of Howe/ Davison on a song like “See Me Through” is really sweet. It’s still very much Howe on lead vocals, but the blend is great. Davison’s bass is a bonus addition – uncomplicated and supportive of the songs.

The instrumentals embrace a variety of styles. “Beyond The Call” starts almost as a solo for sustained guitar, beyond a pulsing bass/ acoustic rhythm with military-style drumming kicks in for a mood shift, after which the sustained guitar rejoins, returning eventually to the melody from the beginning. “Pause For Thought” displays a huge variety of instruments from mandolins to tremelo guitar to paint its picture, while “The Headlands” contains some of Howe’s signature high speed runs with a slide guitar melody.

The vocal tracks move from the more reflective (almost) title track “Love Is A River”, to the energetic, and very proggy closer “On The Balcony” – while this is a song about relaxing and reflecting, Dylan Howe gets a showcase on the drum kit. The Howe/ Davidson harmonies are really strong in “It Ain’t Easy”, and they kick in at the ending of “Imagination” to great effect.

Overall, this is a really strong album, that I would highly recommend to fans of Howe and Yes. It brings a very fresh approach, yet one that highlights everything that is great about Steve Howe and his music with a suite of varied songs and instrumentals.

Get the album here: https://SteveHowe.lnk.to/D2CPR