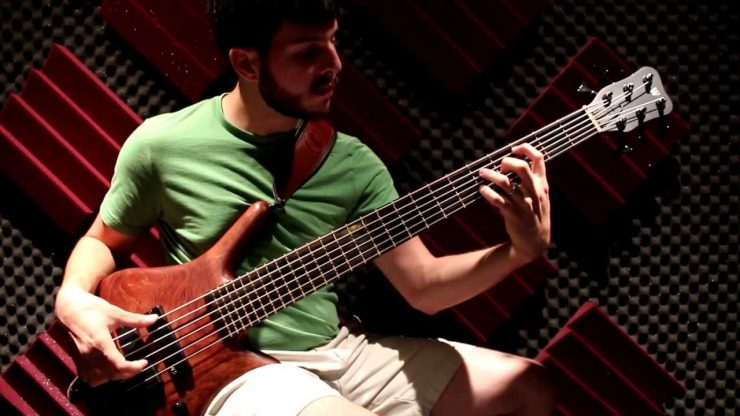 Mark Michell, bassist for Scale the Summit talks about the band’s previous tour with Glass Cloud, the latest with the band and surviving the music industry.

Mark Michell, bassist for Scale the Summit talks about the band’s previous tour with Glass Cloud, the latest with the band and surviving in the current music industry.

What’s the latest with the band?  Are you in the writing process or just planning?

Well we had a solid 14 months of a world tour.  We went to Europe, Canada Caribbean Cruise, we’ve been everywhere and we’re just now getting back to the creative process and really starting work on the next Scale the Summit album.  We plan to really hit that hard this fall.  And we are coasting on some of the more recent projects.  Chris just released his solo album ‘Lightbox” back in July so he’s really wanting to tour that maybe in the future so he’s keeping momentum on that.  And we are all constantly releasing instructional books, so we’re keeping busy but we’re supplementing that to the grand point of the band which is obviously our next, 5th, album, which we’re really excited to get to work on.  We have a few one-off festivals.  I think we are hanging up the touring for a while until we get the new album done.  We plan to maybe get that all recorded by the end of the year, early next year, and maybe a spring/summer release next year.  But we have Progoctoberfest, a prog festival in Chicago Oct 26th, and we have some plans to do something with Berkley Colleg of Music, like a clinic/band performance tentatively in December. So that’ll be really fun to do.We’re looking forward to getting the creative juices flowing again.

How is for you guys to navigate the new music industry with the downloading and difficulty for record sales?

It’s really about having a really good balance between the passion and creativity for music.  You also have to run the band like a business and have a good business logical sense about how to keep afloat and keep momentum and it kind of goes into what I was just saying, that even though we have this down time, you have to capitalize on all these side projects and instructional book releases that Chris and I both have and lessons and solo albums. It’s just a big mash of all that.  The music industry is evolving more than ever and if you don’t change and roll with the punches then you’re just gonna be left in the dust.  It’s so common to see musicians not understanding how the business model is right now because it’s obviously changed so much in the last 20 years.  All the downloading and social media, it’s just something you have to sort of learn and what I’m starting to see now is that music is becoming less the product and more your business card.  And your live concert is now your product and your merchandise is and all the other releases and solo projects.  I urge any musician to roll with the punches.  Get on the internet, the internet is free.  Free promotion, social media.

How did you get into doing the instructional books and what do you take from being in the band into the book? as you do them now?

The great thing about Scale the Summit is a large part of our fan base is musicians. So it really makes this type of stuff a big niche market.  So it just started off with tab books, people wanted to learn the music and once you do tab books it kind of evolves from there.  Basically, Chris had instructional books before I was in the band.  We all teach lessons on the side when we’re off tour.  It’s something we all so and have done for a very long time professionally and as the band grows and tours more it is to the student a little unfair, if you’re touring 8 months out of the year or more, it’s a little hard to keep the lessons consistent so instructional books were a cheaper solution where the student can buy the book and still learn from Chris Letchford or Mark Michell at their own pace and regardless of where they’re at.  And now it’s done really well.  It’s really a solution to all the touring we’ve done and a way to teach to our students.