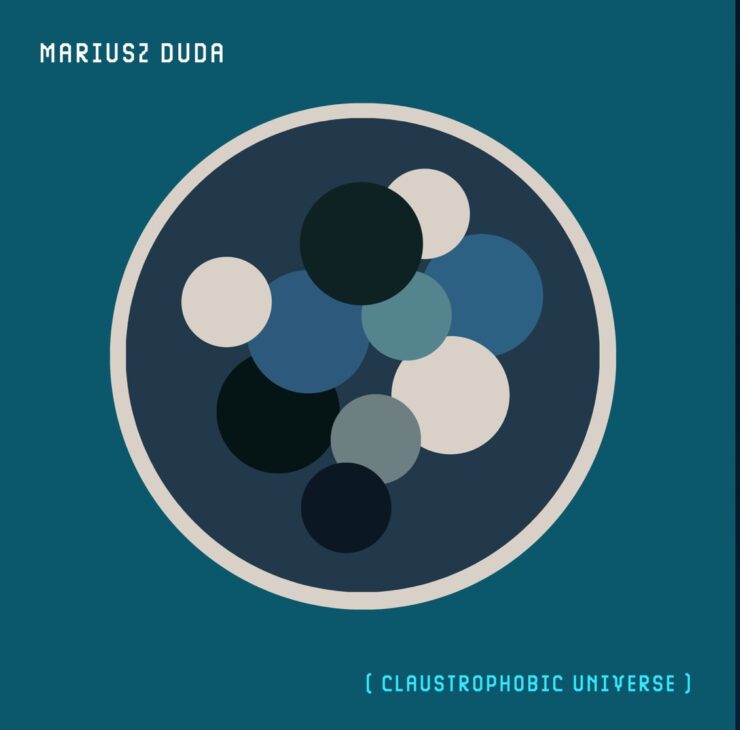 New solo album Claustrophobic Universe is coming out this Friday

“As you probably know, I grew up listening mainly to instrumental electronic music (folk, rock, and metal came later). The new album will be different from “Lockdown Spaces” released last year. And so you won’t hear my fascination for 8-bit computer games. Rather than that, we’ll run away into space. A specific space. Subdued, muffled, matt, claustrophobic… I recorded all the sounds myself on various kinds of small synthesisers, samplers, and portable drum machines. I hope that you will enjoy this combination of micro and macrocosm There will be 9 tracks, over 42 minutes of music. The artwork was made by Hajo Müller” – Mariusz explains.

He is premiering his brand new single and music video Knock Lock today.

Until the series has been completed, the albums will be available only on artist’s Bandcamp, streaming, digital, and on… cassettes! The traditional CD/LP release is planned only as a collection of the three albums in 2022.

Let’s make one thing clear right from the start: “Claustrophobic Universe” is not an album inspired by books about astronomy and astrophysics. It’s an album about a journey into our mind. The universe here is a metaphor for our escape from reality, escape to the place where we soothe our response to stimuli. We don’t need to look at the night sky. We find planets floating in a bowl of milk instead of breakfast cereal, stars are spilling out of medicine boxes and taste of lemon. Tired with information noise – represented on the album by various kinds of dull sounds, distortions, hitting the wall – we travel in our private escape pod towards another inner galaxy, trying to get away from more number filled news and more denials. It’s been a year since we started living in a different world. We have already got used to many new routines. “Claustrophobic Universe” is also a story about habituation, about adaptation to live a life in confinement, a life under constant stress and uncertainty, a life with the never ending war of arguments between two factions: believers and non-believers – in Pandemic, Freedom, Truth, Another Man, God. We have accepted that there are those who will try to convince us that the earth is flat, and those who want us to believe we are not living in 2021, but we went back to 1984, or better yet, that it’s now 2084. “Claustrophobic Universe” is a macrocosm and microcosm in one, it’s another step towards total habituation, and another escape from reality full of closed rooms and closed minds. It’s also a picture of our times, difficult times, which require a lot of sacrifices. Times of brand new censorship, times when it’s getting increasingly difficult to tell where freedom of speech ends and deception begins. Times, which will definitely leave scars on us, not only from battling the actual illnesses, but most of all, from fighting each other and ourselves.