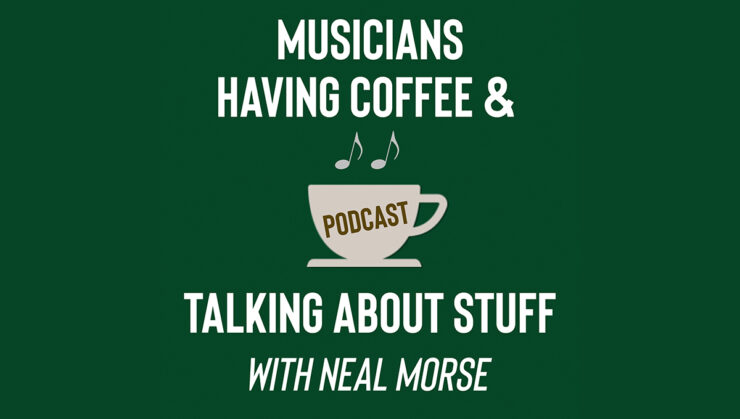 Podcast ‘Musicians Having Coffee and Talking About Stuff,’ out now.

During this crazy time of lockdown and quarantining, musicians all over the world have been finding ways to keep busy, many recording albums or doing livestreams, among other things.  One of the great things to come out of this time is the new podcast from Neal Morse, which he calls ‘Musicians Having Coffee and Talking About Stuff,’ certainly a mouthful.  But the title offers insight into the casual nature of these conversations between Neal and his guests.  Since it’s launch in late December with first guest Mike Portnoy, the podcast has been a surprisingly endearing venture, finding Morse really relaxed while chatting with the likes of Jon Anderson, Steve Hackett, his former Spock’s Beard mates in Dave Meros ,or his brother Alan Morse.

The episodes which typically last a little over an hour, are each completely different and, to steal from a Neal Morse lyric, “go the way they go.”  Rather than being interviews about their latest releases, Neal and his guests will relay stories of old tours, albums that inspired them, gear, mistakes during shows, and anything else that might come up.

The episodes appear first on Neal’s own streaming platform ‘Waterfall’ and then a few days later on various podcast services, as well as with video on YouTube.  The latest episode is with Dream Theater and LTE keyboardist Jordan Rudess.