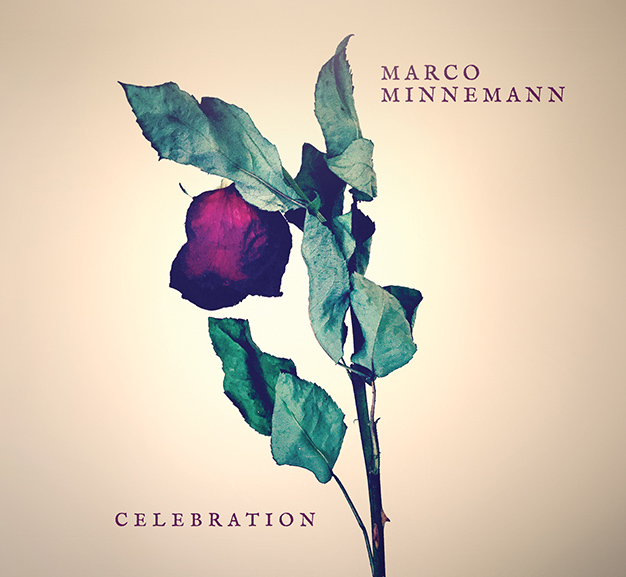 There are few musicians as prolific as Marco Minnemann. As a drummer, he is on a pace competitive with that of fellow drummer Mike Portnoy, releasing multiple albums per year and touring with more than one or two bands at a time.  What is even more amazing is that Marco plays every instrument on his solo albums as is the case on his latest, Celebration.  Following last year’s release of Eeps, Celebration is once again an expression of everything that Marco is capable of doing, which is clearly more than most.  The styles and genres are all over the place and the songwriting even more so.  But it makes for one fun listening experience.

With no less than 18 tracks, there is a lot to sink your teeth into on this one.  Much of the album is frantic like his drumming.  The first half of the album is a bit more upbeat and rocking with the opening track “Miami” setting the pace.  It is fast, intense and features the sitar as the lead instrument over really fast drumming.  The title track is something that would have been at home on Eeeps with Marco talking the verses with a distorted voice accompanied by some heavy riffage.  The following song “It Always Seems” is a solid rock song in 5/4 time with one of the more traditional sounding verse and choruses on the album.  The song has a very Stone Temple Pilots vibe about it.

One of the big surprises and highlights on the album is the acoustic ballad “Greatest Gift of Life.”  This would most band’s hit single and further showcases Marco’s brilliant songwriting abilities.  What follows this song is the 11 minute instrumental “Print Club” which kicks off almost as a continuation of the previous track before quickly morphing into a standard Marco Minnemann experimental track.  Musically, this is the best track on the album.  The second half of the album is mostly instrumental with some very interesting moments such as the Vai influenced “Have a Great 3015.”

The challenge with a CD like this is just that there is so much music that when you look at the tracklisting, you wonder ‘how will I get through this?’  But ultimately it is worth it.  Celebration is more accessible than Eeps and therefore makes it a bit of an easier listen the first time out.  Whether it is with his band The Aristocrats or on a solo album, Marco never disappoints.